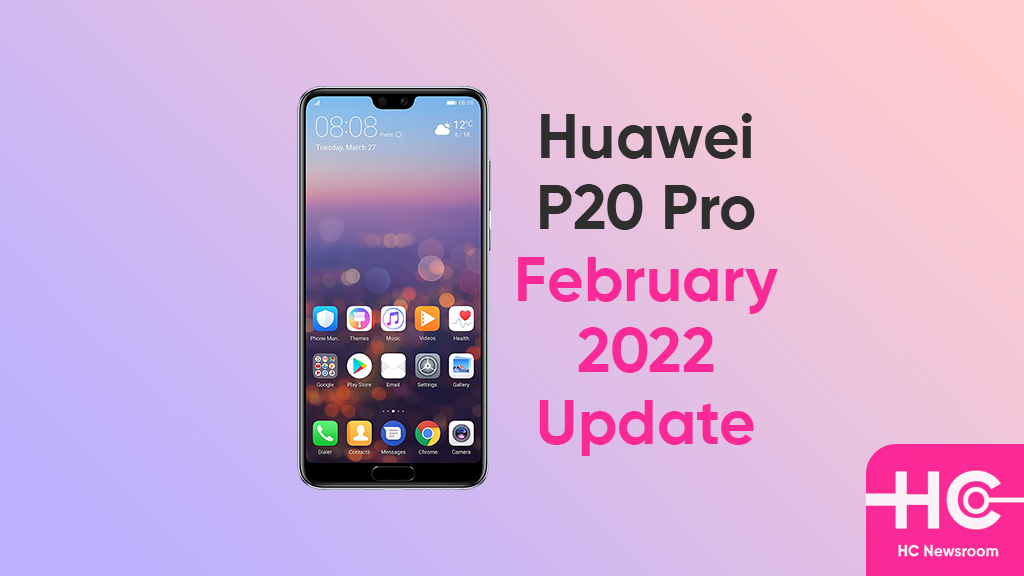 A week ago, Huawei began sending the February 2022 security patch for the notorious triple camera phone  – Huawei P20 Pro in the global market. This update enhances the security aspects of the device running the EMUI 10 software system. As for now, the company has started expanding the rollout for more users around the globe.

Huawei P20 Pro users are receiving February 2022 security patch with EMUI version 10.0.0.201 which comes with an update package size of around 270MB. To be noted, this update is rolling out in batches and may take some time to reach your Huawei P20 Pro model. (reported huaweiblog)

This latest security patch for the P20 Pro global users has new improvements that are essential to improve your phone’s security in different aspects. On the flip side, it’s recommended for you install the update as soon as it arrives on your device.

No updates for some users?

A few users reported to us via social media channels that their Huawei P20 Pro has long been numbed out of the software rollout programs. We suggest they update their devices with the Huawei HiSuite application on PCs and try to fetch the latest software version.

Furthermore, the company has started testing EMUI 12 for Huawei P20 and P20 Pro devices in different countries. This new program will allow corresponding consumers to test the latest EMUI 12 features ahead of the official release.

Talking about the features, EMUI 12 brings very exciting additions to the user interface, that will take you closer to HarmonyOS operating system. On the other hand, you will get a new control panel with lots of changes as well as a separate notification panel for faster access to notifications without interruptions.

To download the latest February 2022 update on your Huawei P20 Pro device, tap on the Settings app, then System & updates > then head towards the software updates section for further steps.