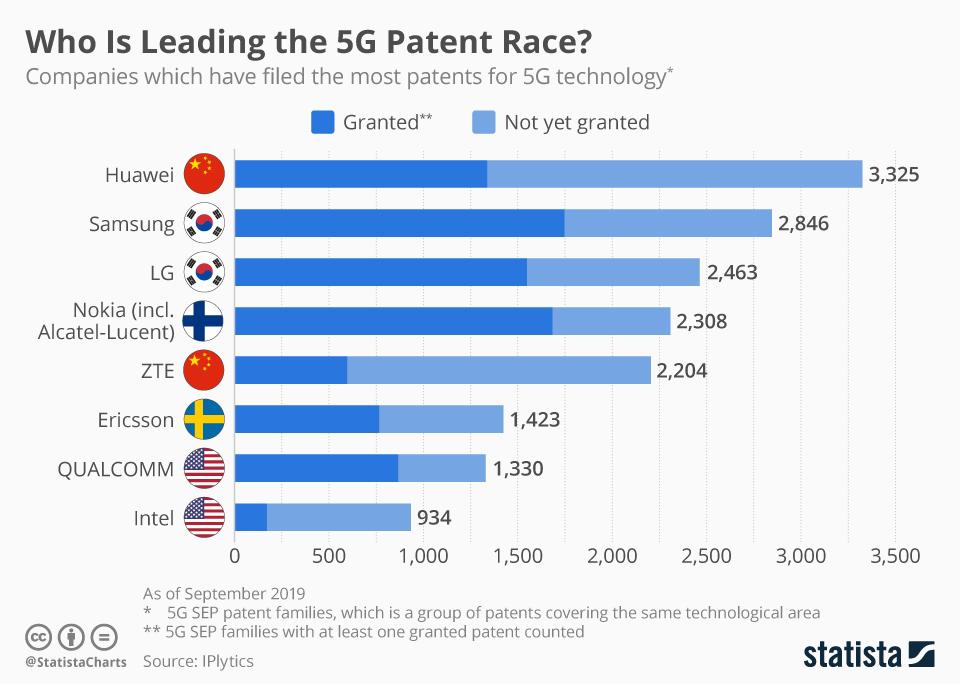 
Huawei is a tech giant in-network equipment industry and the company’s growing shares in the 5G are leading its way to the top. Recently, new research shows that Huawei held most of the 5G patents filed by a company.

According to the data compiled by IPlytics, Huawei has filed the most 5G patent applications and more than 1300 of these are granted, placing the Chinese tech giant on top place in the 5G patent race.

Not only in patents, but Huawei is also leading in commercial 5G network contracts. So far, Huawei has signed more than 60 commercial contracts for 5G with leading global carriers and shipped more than 400,000 5G base stations.

Ren Zhengfei, Huawei founder and CEO said the company is planning to sell more than 2 million 5G base stations over the next two years, despite US ban.

Back in October, Huawei started producing 5G base stations without US components and the total number of products will be double by next year.