France has shown its stance that it’ll not bar Huawei from its next-gen 5G network infrastructure development.

According to Reuters, French President Emmanuel Macron, asked about possible security risks posed by Huawei, said that he would never look to stigmatize any particular telecoms operator or any particular country.

Earlier this week, French telecoms regulator Arcep kicked off the long-awaited sale of the 5G spectrum and ended months of debate between the country’s telecoms operators and authorities on how to deploy the new ultra-fast network technology.

“There are three equipment makers active in France. Huawei has a 25% market share, there is also Nokia and Ericsson. Samsung is not active yet in France but is interested in 5G,” said Junior Economy Minister Agnes Pannier-Runacher told BFM Business television.

“The government will not exclude anyone. We are not following the position of the United States,” she added. “We will proceed on a case by case basis”.

The US alleges Huawei of being a national security threat and can use its network equipment to spy, these allegations are repeatedly denied by the Chinese tech giant.

Back in May, the US commerce department added Huawei in the Entity-List and blocked the company from doing business with American firms. Additionally, US President Donald Trump is pressuring ally countries to ban Huawei which most of them have already denied. 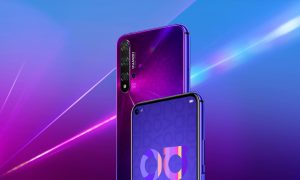