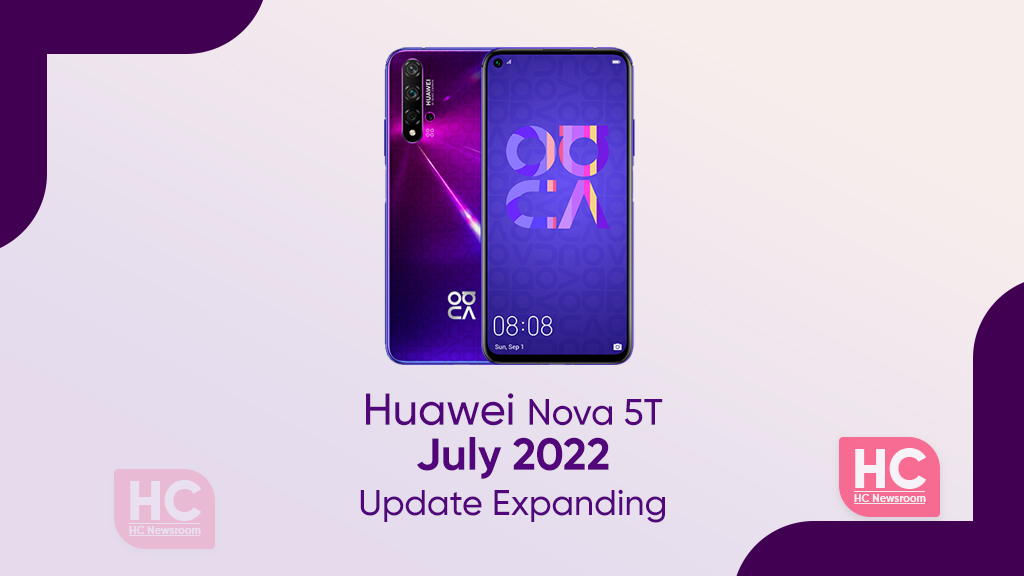 We all are aware of the fact that Huawei rollout its update in batches, likewise Huawei Nova 5T July 2022 EMUI security update is still wandering for users since a week ago. Although, for those who haven’t received the July patch in the respective region then this recent expansion for the Nova 5T will work.

Users can identify this July 2022 EMUI security update for the Huawei Nova 5T smartphone through the EMUI version 12.0.0.152 (C431E8R1P2), which is expanding in the European market.

Just like the initial rollout, this new firmware only integrates the July 2022 EMUI patch fixes and the system improvement for a better user experience. Also, it gives a fresh start to your device by improving important aspects of the phone.

Notably, the Huawei July 2022 EMUI  security patch detail reveals to fix for 2 critical, 12 high, and 18 medium levels of CVEs. Alongside, Huawei included 14 CVEs that were found in the latest firmware update and fixed with the latest rollout.

We recommend users grab this July 2022 EMUI security update as soon as its reaches you. Just keep checking for the update through Settings>> System & Update>> Then Software update>> Now follow the ongoing instruction.

Huawei recently dispatched the August 2022 EMUI security patch details for the eligible devices, for further security and optimization of smartphones on time. It also encounters around 23 vulnerabilities found in the previous updates.

Well, the upcoming August 2022 security patch brings a bundle of improvements, but Huawei Nova 5T users should not worry about it, as the company is also releasing monthly optimization updates for the devices.