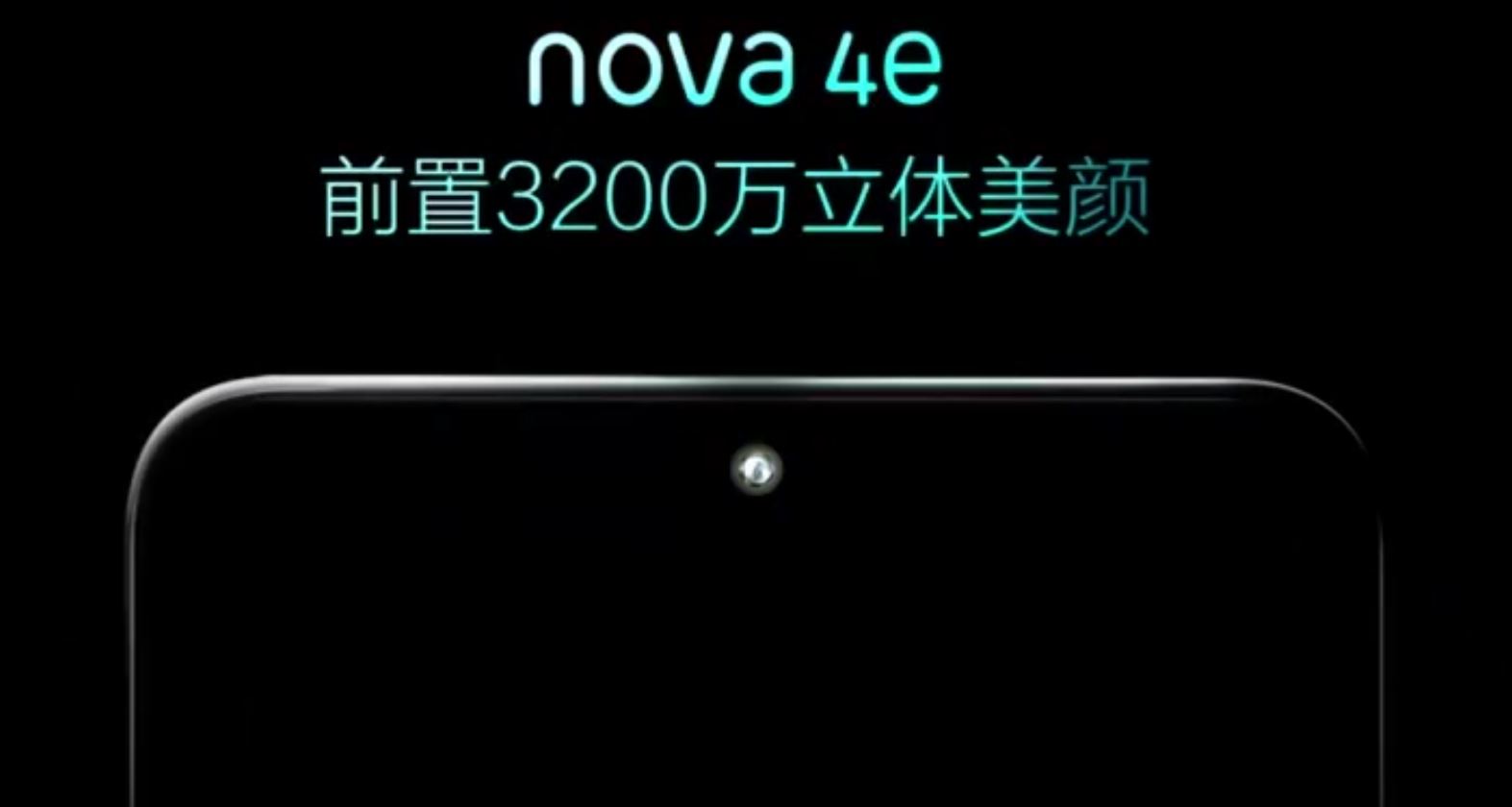 
Huawei just teased its upcoming phone, Nova 4e, for the Chinese market also known as the P30 Lite in the rest of world. In the teaser, it shows a tiny waterdrop notch and a 32 MP front camera.

The teaser suggests that the Huawei Nova 4e seems to have a more traditional waterdrop-style notch up front. The Huawei Nova 4e is presumably a more stripped down version of the Nova 4 and should come in at a cheaper price tag.

About its specs, the Nova 4e will come with a triple-camera setup on the back, Kirin 710 chipset and a 3,240 mAh battery.

The Huawei Nova 4e is slated to launch soon, however, an exact date hasn’t been announced.