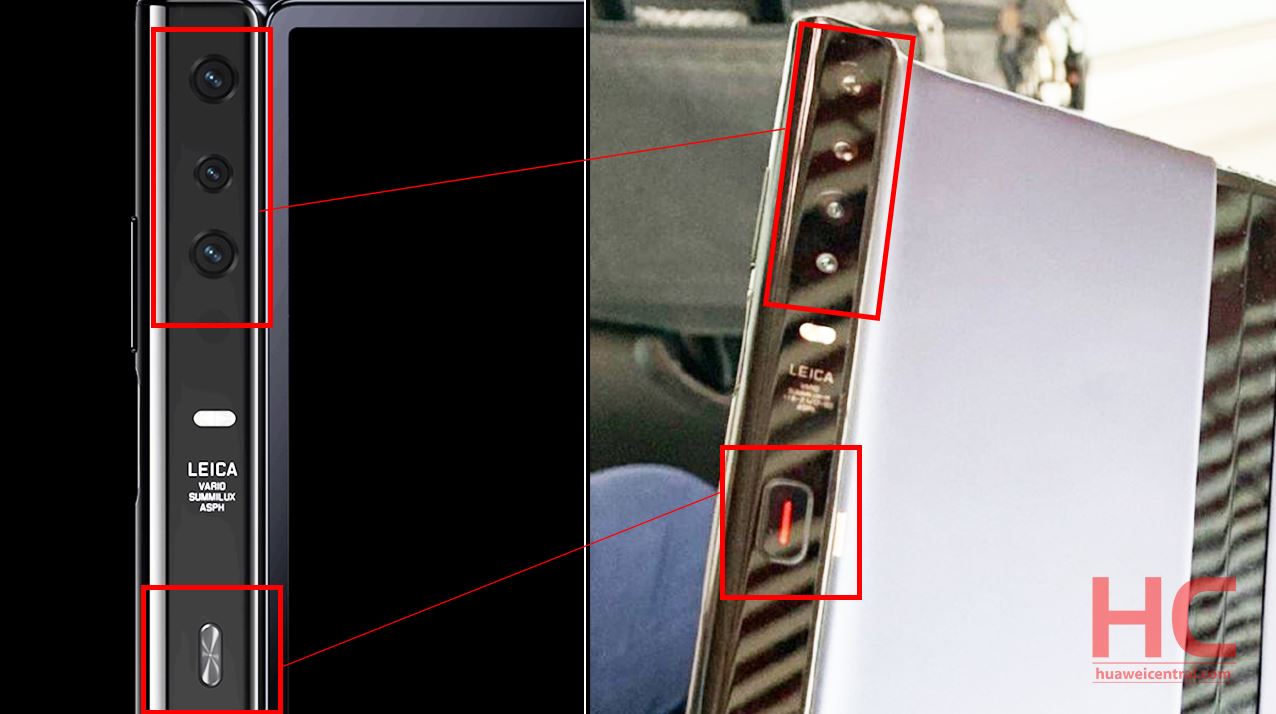 The images below were taken when Yu was interacting with Mate X on Airport take off to attend the July 26th event for Mate 20 X 5G launch conference in China.

As one of the images reveals the back of the device including the change on Camera section and the unfold button. Originally, Huawei Mate X was introduced with a triple camera setup consisting 40 MP (Wide Angle Lens) + 16 MP (Ultra Wide Angle Lens) + 8 MP (Telephoto) but the new image reveals there are four rear cameras.

Another change spotted on unfold button placed on the backside of the device, the button is now more flat and wide, as well as blend on the surface, instead of an aluminum button on the actual design.

Some more things that need to be cleared the device specially optimized for testing and ‘not for sale’. For now, there’s confirmation that Huawei has made these changes but a picture says it all. 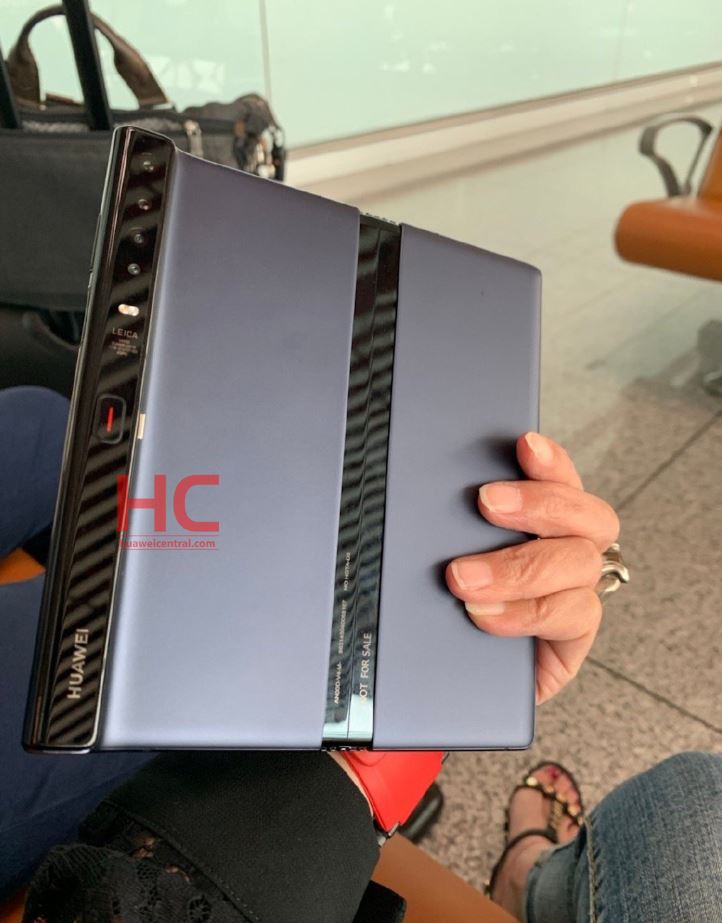 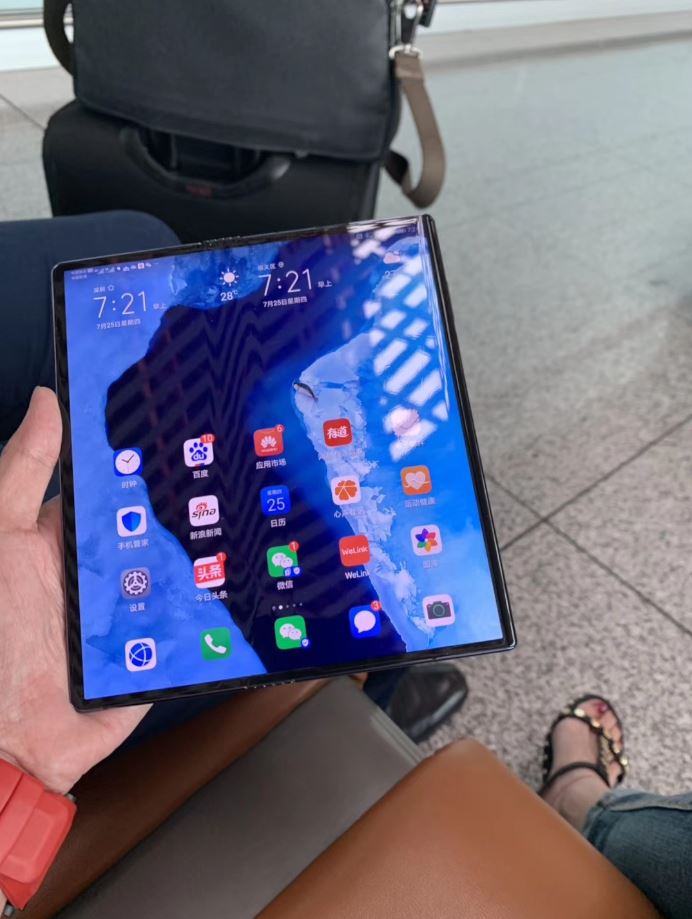 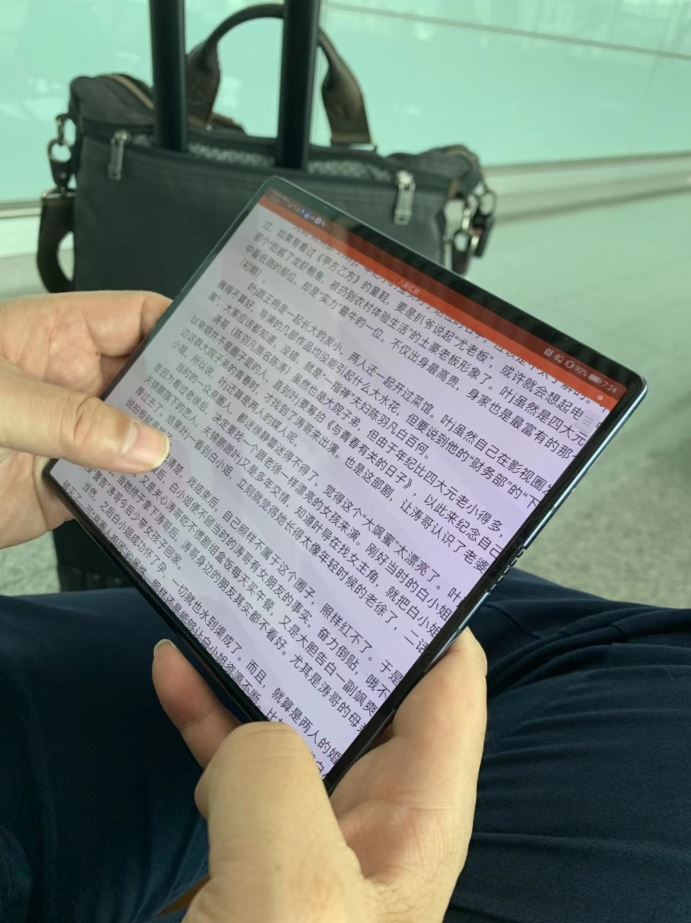 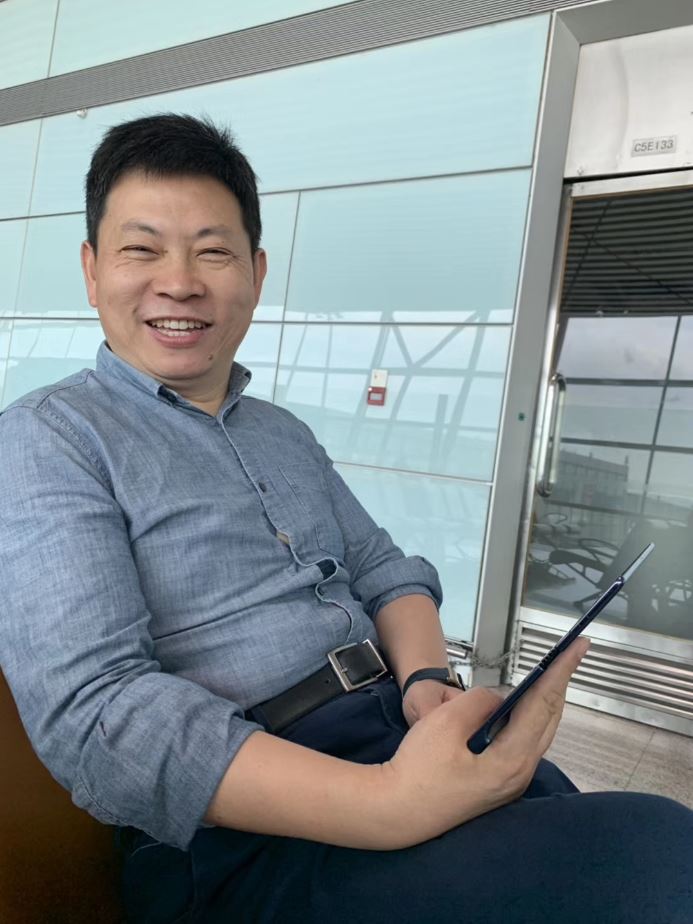