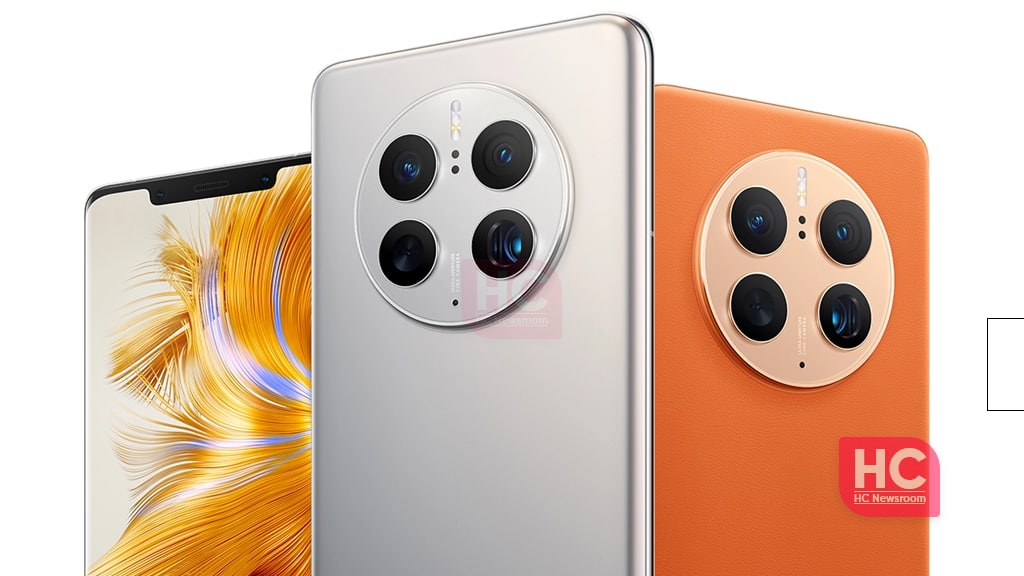 On September 6, Huawei launched Mate 50 series for consumers. The launch marks the end of the long-standing speculations as this new flaghip lineup comes with a bunch of new features as well as some top-standing functionalities.

We’re not going to waste our time here because it’s time to dive right into the Mate 50 series.

Huawei Mate 50 Pro and RS are featured with 6.74 in OLED panel, with 2616 x 1212 pixels resolution, these phones have 120Hz refresh rate, 300Hz touch sampling rate as well as 1440Hz PWM dimming. These too support HDR, HDR Vivid, in addition to the 3D view spectrum.

Huawei Mate 50 display has a top center hole punch and flat panel, while the Mate 50 Pro and RS come with a notch design, which is quite similar to the Mate 20 Pro but with slightly slim bezels around the edges.

Moving on, the Chinese tech maker has introduced the Huawei Mate 50 Pro with curved edges on the left and right sides of the display.

Furthermore, the display has gone through a number of drops and laboratory tests to bring a sturdy and strong feel to the Huawei Mate 50 series.

Yes, Huawei Mate 50 Series is a beauty with a beastly camera system that is launched with various new technologies.

Huawei Mate 50 Pro and RS are boasted with the same arrangments and different megapixel counts. These two models bring a 50MP main camera but it’s not just an ordinary camera system because it has six-blade variable aperture technology.

So, what does it really do? Well, it allows you to maintain the light to the sensor by allowing you to switch the camera aperture between the largest f/1.4 to the smallest f/1.4. Isn’t that amazing?

The variable aperture tech is used to enhance brightness in the pictures and capture brighter images. The main camera also has OIS to ensure that your images and video stabilize at the peak.

Next is the 64MP periscope zoom with RYYB color matrix and OIS image stability. Huawei promised that the phone offers 200X super zoom with these two later devices, as they maximize the camera capability to the top of the mountain.

As compared to the Pro version, the Mate 50 RS has a 48MP super macro telephoto periscope camera.

Huawei Mate 50 series is launched with a beautiful design that you’ll stare at for sure. The rear of Huawei Mate 50 and Mate 50 Pro has a large circular camera bump that has eliminated that ring system from the Mate 40 series and expanded the camera system to the farthest.

The edge of the camera system is styled with a diamond-cut texture that looks immersive. On the other hand, the rear panel has a smooth texture that won’t budge into your grip.

Meanwhile, Huawei Mate 50 RS Porsche Design has its own league of design libraries because this phone has its own race track right on the rear side. As compared to the standard and the Pro model, the Mate 50 RS has approached an octagon camera bump that blends into the rear side pretty neat.

Now come to the Mate 50 RS, which has Blue and Purple colors in the primary.

Yep, the Huawei Mate 50 series comes with the XMAGE camera imaging system. According to Huawei, the new imaging technology has been designed and developed after years of research on mobile photography.

As it is constructed on four major technical bases – Light, Device, Electricity, and Computing. These are the key pillar that drives XMAGE into the Huawei Mate 50 series. The new imaging system helps you to take high-quality images, with lots of colors, sharp details, and beautiful vibrance.

The devices are packed with 4700mAh capacity in the Pro and RS version, while the standard version comes with a 4460mAh battery.

That’s not it, these phones come in a new emergency battery mode, which could extend the phone’s lifetime from 1 percent battery level and use it for 3 hours of standby.

Huawei Mate 50 introduction, it is a fantastic design 😍😍😍 pic.twitter.com/5ZtkHdFgzw

These phones are powered by various new technologies but the ones that we want to mention include Satellite communication, which enables you to conduct communications even without no network coverage.

While these two are the first ones to come with a pre-installed HarmonyOS 3 operating system along with a number of smart features. 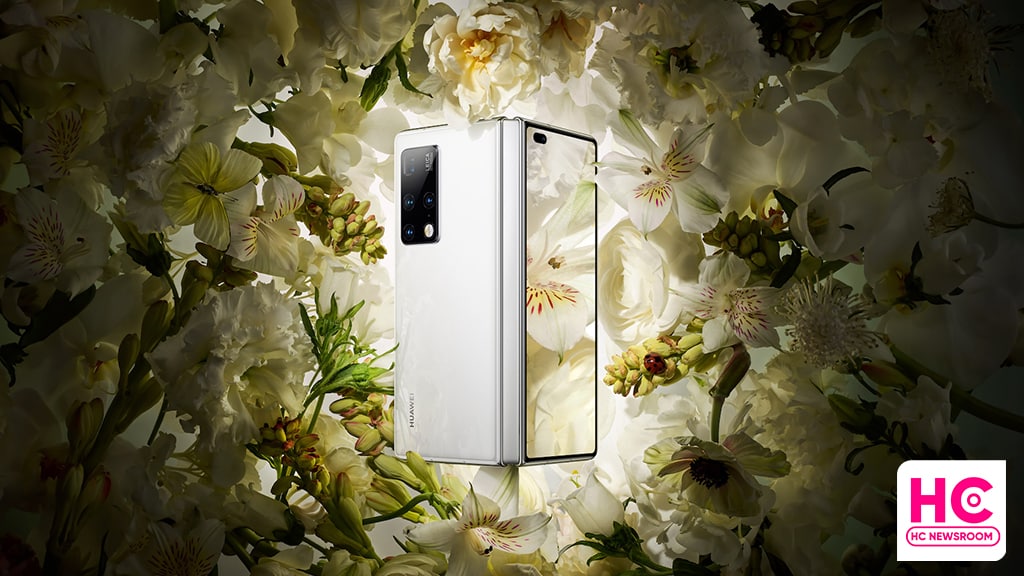 Earlier this month, Huawei launched the Pocket S foldable smartphone. Now we’re getting inputs that Huawei Mate X3 is about to launch, as its sample version is out for retailers.

That’s not it, the tipster also suggests that the Huawei Mate X3 will be a design-efficient smartphone. This means it will be thinner and more durable with a new foldable hinge system. To support consumers, Huawei Mate X3 will have a low price as compared to Mate X2.

Since it’s a flagship phone and Huawei is keen on using Qualcomm chipsets, the Mate X3 could use Snapdragon 8+. Still, it will only support 4G network access with an inward folding design.

These are a lot of inputs and the specifications will appear as soon as it reaches the launch date. In the meantime, let’s look into the Huawei Mate X2 and learn more about what we’ve.

During the Mate X2 launch, Huawei stocked sufficient Kirin 9000 chipsets. However, the phone is currently ruled out of the online stores and solely going through offline Huawei experience stores.

Huawei Mate X2 brings a high-resolution front-facing camera of 16 megapixels of f/2.2 aperture. On the other hand, this foldable device packs a 4500mAh battery that could recharge with a 66W super charger. 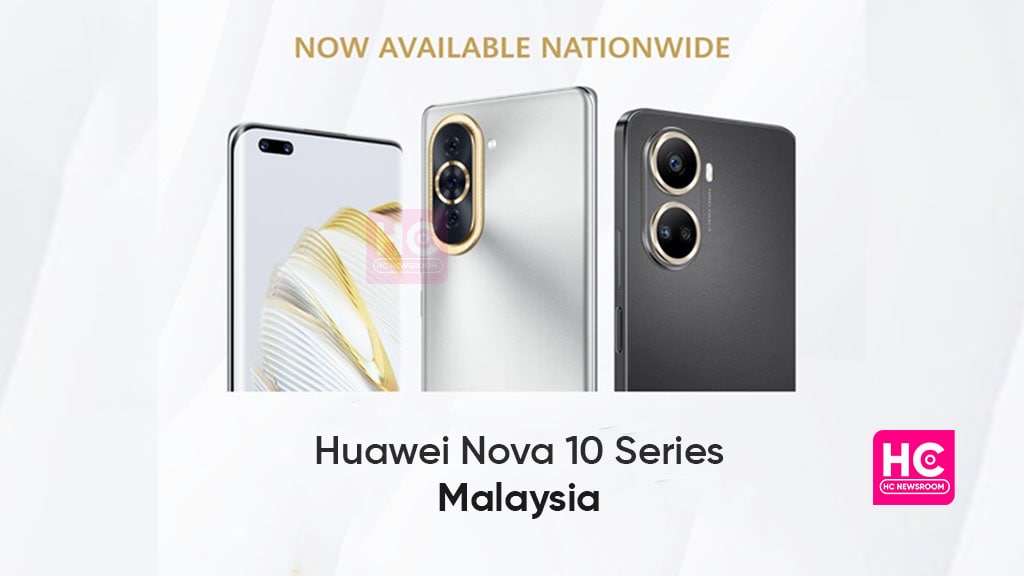 Huawei Nova 10 series is now available to purchase nationwide in Malaysia. Here is your chance to buy the ultimate smartphone models at effective pricing along with a handful of surprises and rewards.

With the onset of this month, Huawei launched the Nova 10 series models in Malaysia. Besides the Nova handsets, the tech maker has also released excellent Mate 50 smartphones and the Watch GT 3 SE.

As of now, Huawei Malaysia has availed the Nova 10 series for its users nationwide. Hence, you can purchase the handset from official Huawei online stores or your nearest Huawei store.

Interestingly, the purchase procedure is just not a buying and selling thing but carries several rewards for users. Eventually, you will get a bunch of exciting HMS facilities worth RM100 with your favorite Nova 10 handset.

On the other hand, you can also gain some additional Huawei Care packages with any of the Nova 10 models. However, you need to pay a tiny amount to access the extra benefits.

The Nova 10 series is well-known for its robust battery functions and powerful yet stylish structure. So, this is the right moment to have the perfect model in your hands. Tap on the devices, to visit the online shopping page. 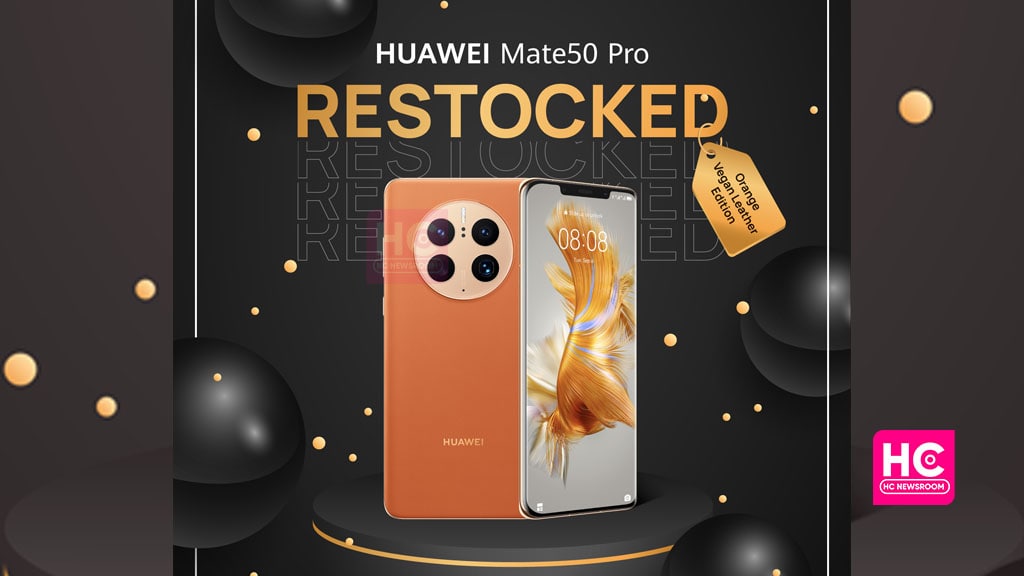 Hey Huawei Malaysian users! Here is a great piece of news for you. Huawei Malaysia has announced that the users-favorite Mate 50 Pro Orange Vegan edition is back in stock and ready for purchasing purposes.

A few days ago, the company shared the “out of stock” news about the Mate 50 series on its Twitter handle. At that time, the standard Mate 50 (Black and Silver) and the Mate 50 Pro Orange Vegan version were unavailable.

However, the company has assured to refill the stock once again and will share the good news with its users soon. It looks like, the time has arrived to purchase the dynamic Mate 50 Pro handset in your favorite color option.

Alongside the Pro variant, Huawei Malaysia has also arranged the standard Mate 50 smartphone on the stock shelves. You can check the pricing details, below.

That’s not it! Huawei is also offering some freebies along with its Mate 50 devices. Eventually, you will get free Huawei Care services, one year extended warranty, and a three-month broken screen warranty.

On the other hand, let’s not forget the amazing “Trip to Japan” offer. The tempting benefit will only work if you purchase the Mate 50 smartphone between November 21 to December 9.

So Huawei Malaysia users here is a fantastic chance to get the Mate 50 standard or Pro edition in your choice of colors along with a bunch of goodies-like services.

Besides, we will recommend you participate in the tremendous Malaysia deal to win some more eye-catching rewards and surprises.