In the past few weeks, we’ve seen a number of new leaks regarding the Huawei Mate 40 series but an official launch date is yet to come.

Meanwhile, a receipt of purchase coming from Weibo allegedly shows that Huawei has already started taking the offline pre-orders of Huawei Mate 40 devices in China.

The phone is opened for 300 Chinese Yuan (Around $43) and avaialble to order since recently. However, it’s just a printed receipt of purchase that could be generated by anyone but the information about the seller seems very real. 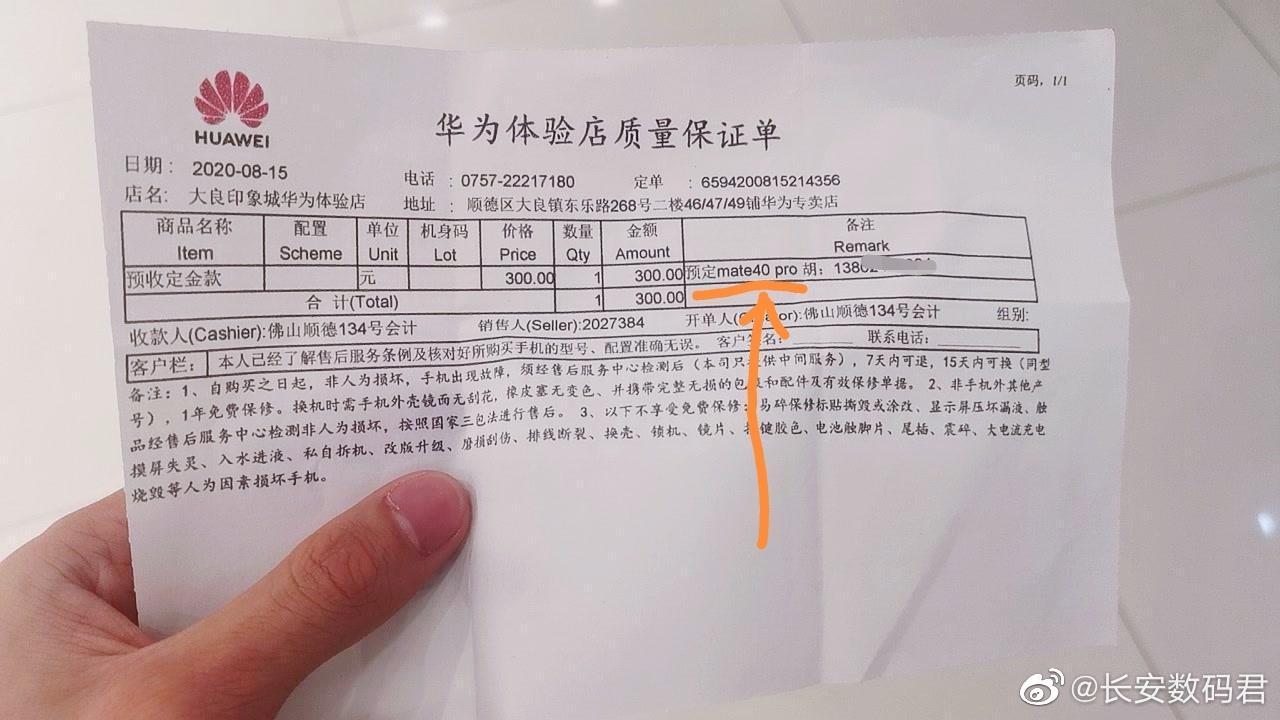 Also, it’s not a big deal to start an offline pre-order of a flagship that’s two months away from its launch. And since Huawei has a huge market share and a lot of offline stores in its home ground, it good a step for increasing sales numbers before it can be listed online.

Previous leaks and reports suggests that the Huawei Mate 40 and Mate 40 Pro will come with 5nm Kirin 9000 processor. Both of these devices will sport curved and ultra-curved edge display with hole-punch design.