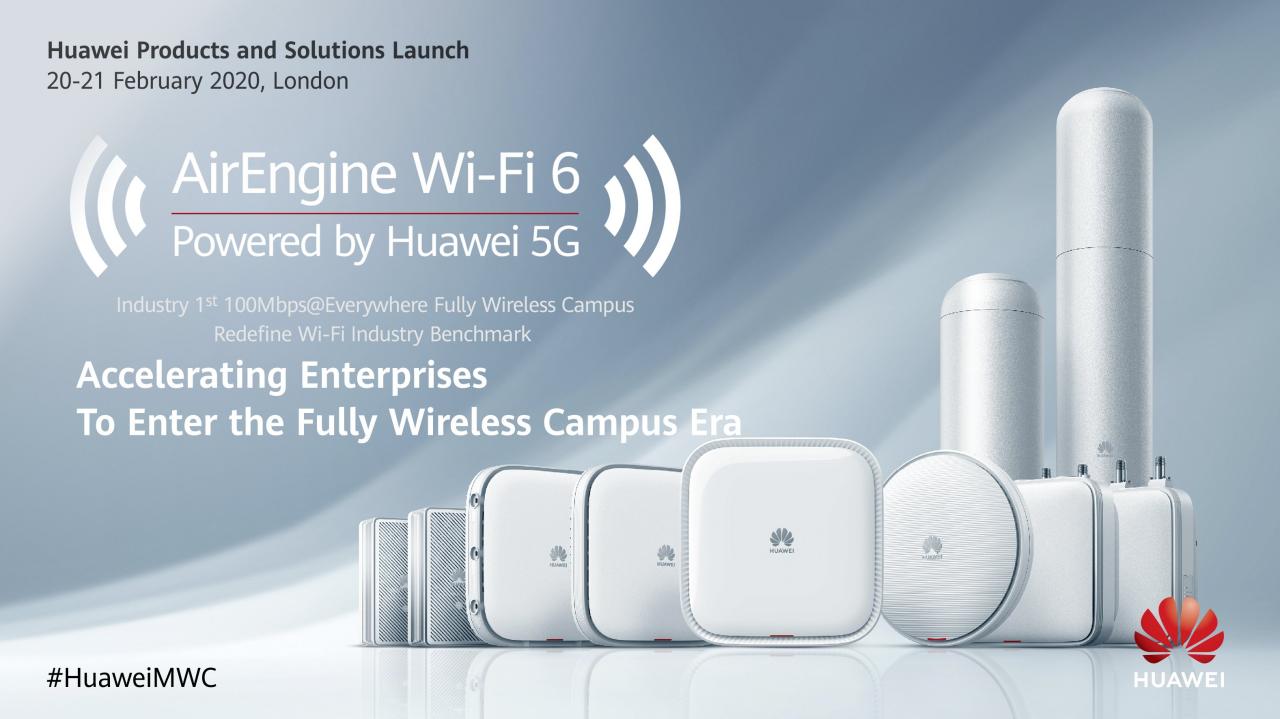 At the event, Huawei launched three series of products: AirEngine 8700, AirEngine 6700, and AirEngine 5700, covering an extensive range of indoor and outdoor application scenarios.

According to Huawei, these series will significantly improve network experience in the following scenarios:

Huawei launched the industry’s first commercial Wi-Fi 6 product in 2017. Since its debut, this product has been widely recognized and quickly deployed in various industries around the world. Huawei ranks first in both the global (except North America) and Chinese Wi-Fi 6 markets, according to the global Wi-Fi 6 indoor AP market share from 2018 Q3 to 2019 Q3 by Dell’Oro Group. 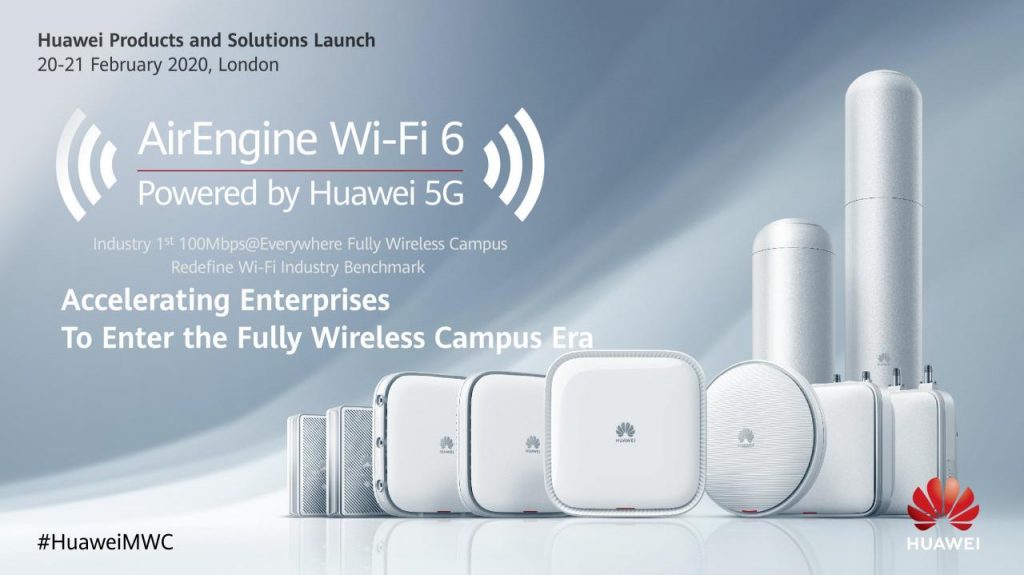