The Federal Communications Commission (FCC) said it plans to vote against Huawei and announced it as national security, which is another tactic to ban the Chinese tech giant from all of the international markets.

In response to the FCC’s announcement, Huawei has sent the following statement to AndroidAuthority, Expressing the company’s disappointment.

“In 30 years of business, Huawei has never had a major security-related incident in the 170 countries we operate. Huawei is trusted by over two billion consumers, partners with many of the Fortune 500 businesses, and supplies more than 500 network operators around the world.”

“Banning specific vendors based on country origin will do nothing to protect America’s telecommunications networks. Today’s proposal, released by the FCC Chairman, only impacts the broadband providers in the most unserved or underserved rural areas of the United States. Such action will further widen the digital divide; slowing the pace of economic development without further securing the Nation’s telecommunications networks.”

“The FCC is aware of alternative measures that could solve both issues – continuing to enhance connectivity in those areas while actually improving the security of US networks – but Chairman Pai is choosing to also ignore what is considered best practices around the globe. Huawei remains open to engage with the US government and policymakers to find a productive solution to safeguard the US telecommunications system.”

According to the previous information, Pai first proposed in March 2018 to ban companies that posed a national security risk but did not name any specific.

This latest decision by FCC completely reflects the US government’s will to add to ban Huawei from serving the US companies.

Also, Check – Another frustrated move by the US, FCC planning to ban Huawei

Related Topics:5GFCCHuaweiHuawei USA
Up Next

Here are 8 use cases of commercial 5G network

A bunch of new features under testing for Petal Search app 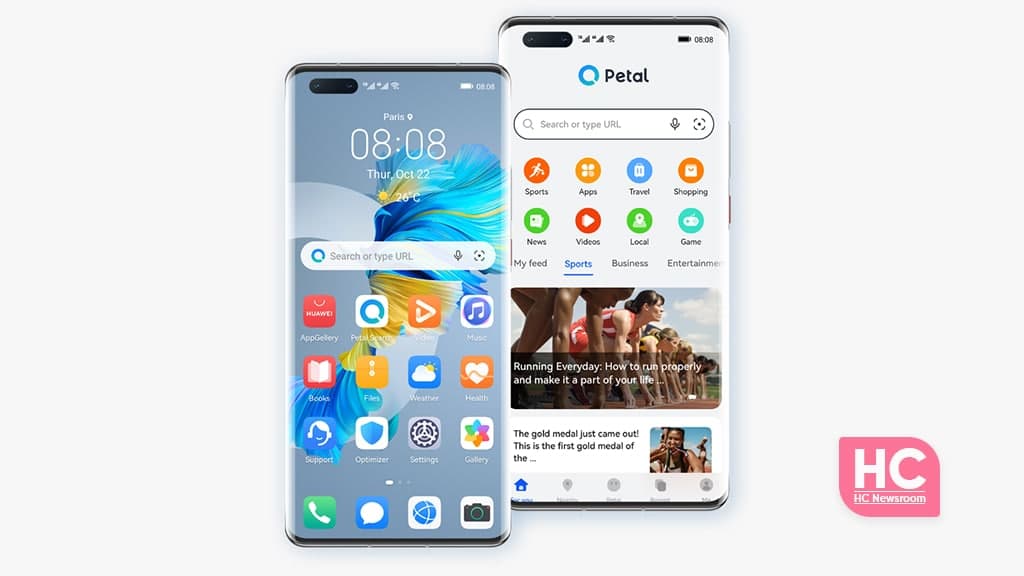 Petal Search is a Huawei Search Engine and an important app that doesn’t only come with a powerful combination of services but also a whole new range of features directly on your device. Search and download, simple as that. However, Huawei continues to improve this app and planning to bring more features to make it more competitive.

According to our information, Huawei has begun testing a bunch of new features for the Petal Search app and it’s associated with version number 11.0.9.300. This version brings improvements for Petal Go, Newsfeed, travel optimizations, nearby search, and add other options.

Here are the latest features that come with Petal Search 11.0.9.300 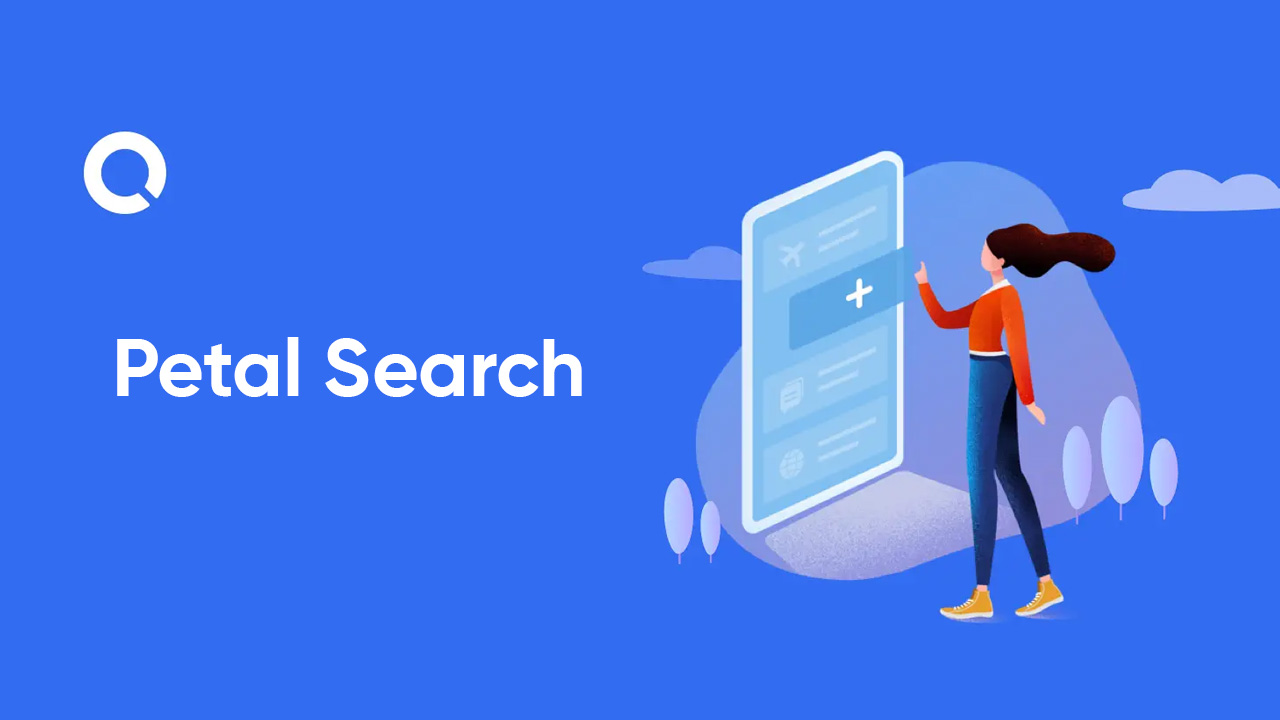 These features are currently under testing and may take some time to complete the testing schedule followed by the stable rollout.

On September 25, Huawei‘s Chief Financial Officer (CFO), Meng Wanzhou finally landed in China. However, there is a report that over 2 million consumers across the country jumped into Huawei’s Tmall store to buy Huawei products to support Huawei.

May consumers left a message to the consumer service at the Huawei store for Meng when placing an order: “Welcome Meng Wanzhoud home, Huawei, come on!” Thereafter, Huawei has been trending on the hot search tab.

Huawei Chief Financial Officer (CFO) Meng Wanzhou is finally landed in China, carried on a Chinese government chartered plane at an airport in Shenzhen after 1028 of detention in Canada.

Huawei CFO landed in China since her arrest at Vancouver Airport in Canada. A Chinese statement media reported that Meng Wanzhou will have also to take pandemic prevention requirements and participate in a 14+7 day quarantine.

Huawei CFO lands China after 1028 days of detention in Canada

Huawei CFO lands China after 1028 days of detention in Canada 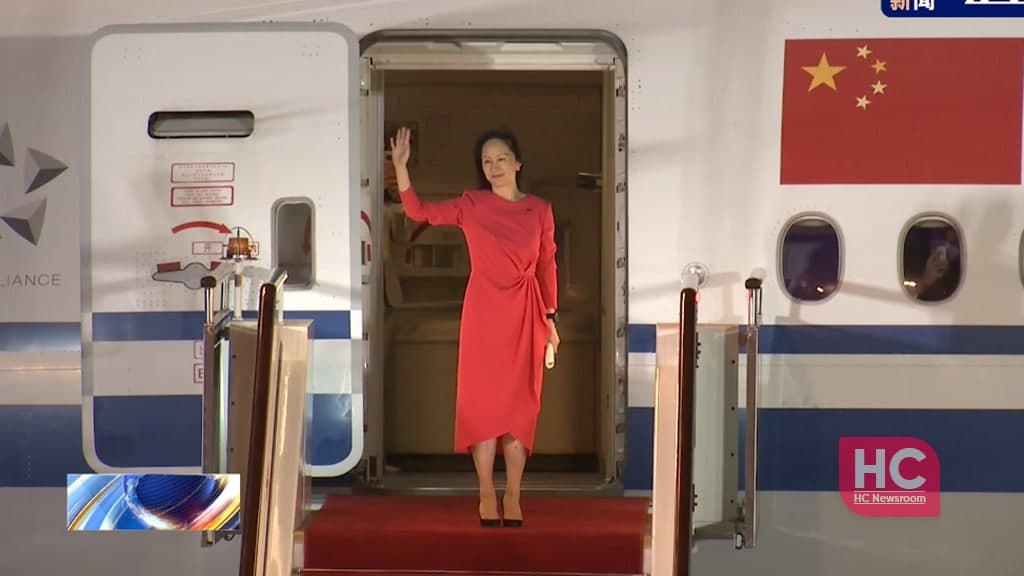 Huawei Chief Financial Officer (CFO) Meng Wanzhou has finally landed in China, carried on a Chinese government-chartered plane at an airport in Shenzhen after 1028 of detention in Canada. A Chinese ambassador and Huawei staff welcome the CFO back to her homeland.

This isn’t a simple welcome, it was made heroic by the Airport’s tower management and announced on the radio a message for Ms. Meng:

“The motherland will always be your strongest support. Ms. Meng Wanzhou welcomes you back!”

This is the first time when Huawei CFO landed in China since her arrest at Vancouver Airport in Canada. A Chinese statement media reported that Meng Wanzhou will have also to take pandemic prevention requirements and participate in a 14+7 day quarantine. 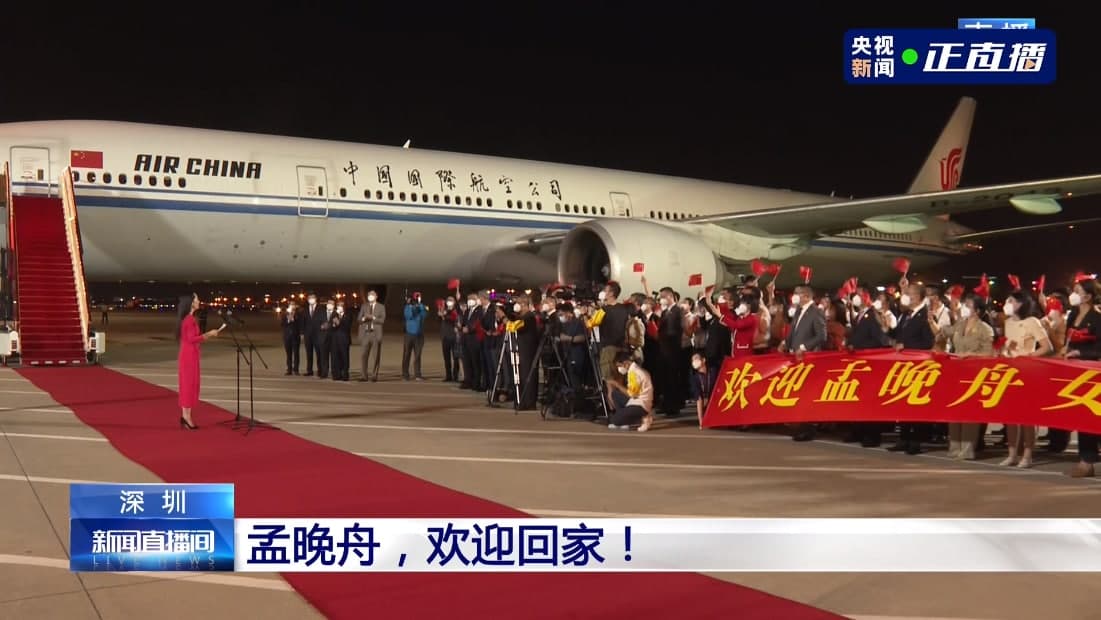 “Facts have already fully proved that this is an incident of political persecution against Chinese citizens, with the purpose of suppressing China’s high-tech enterprises. The accusation of Ms. Meng Wanzhou’s so-called “fraud” is purely fabricated. The actions of the United States and Canada are typical arbitrary detentions.” said China’s Foreign Ministry spokesperson Hua Chunying.

The story continues as meng also delivered a returning keynote on her return after a long time to the people. She said the long wait in an overseas country is full of struggle and suffering. On the other hand, now the temperature of her hometown is making her unspeakable.

“Motherland i am back” said Meng 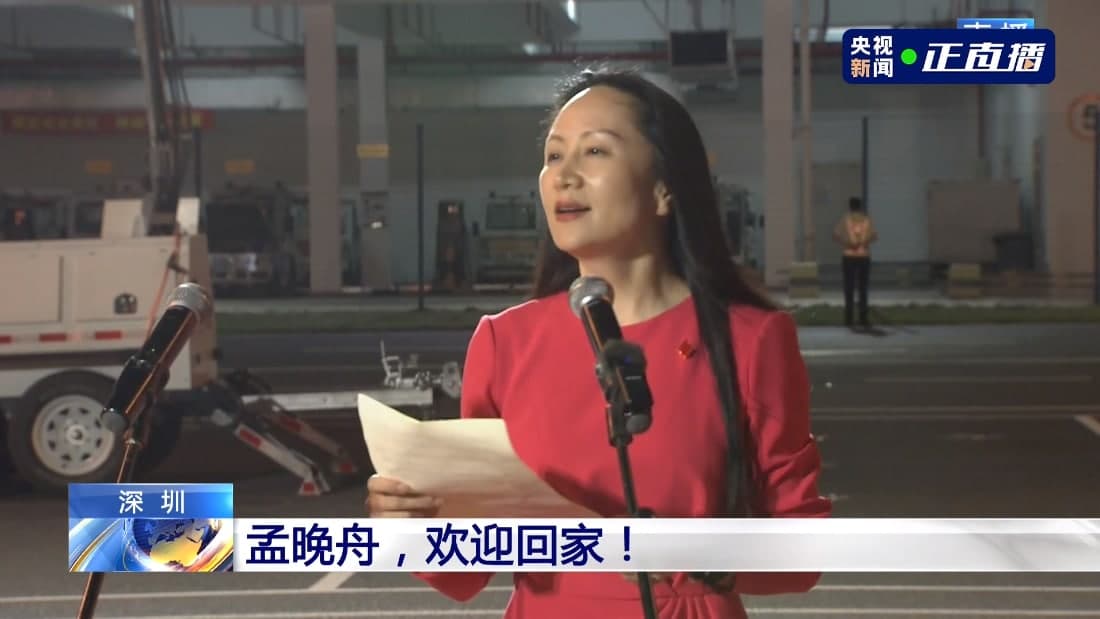 On December 1, 2028, Canadian police detained Huawei CFO while she was transiting at an airport in Vancouver, Canada. Subsequently, the Canadian Ministry of Justice held a press conference to announce the news of Meng Wanzhou’s arrest.

In March 2019, Canada approved Meng Wanzhou’s extradition order to the United States. Since then, Huawei has sued the Canadian government for the arrest of Meng Wanzhou.

On May 27, 2020, the Supreme Court of British Columbia ruled that the Meng Wanzhou case met the double criminality principle of extradition requirements and decided not to release.

On August 18, 2021, the trial of Meng Wanzhou’s extradition case in the British Columbia High Court was all concluded, and the judge did not immediately announce the verdict. The judge decided to hold a meeting on October 21 and agreed to announce the date of the verdict.

On September 25, 2021, after a deal with the U.S. regarding the latest settlement on the case, Meng Wanzhou left Canada on a chartered plane by the Chinese government and reached her homeland.