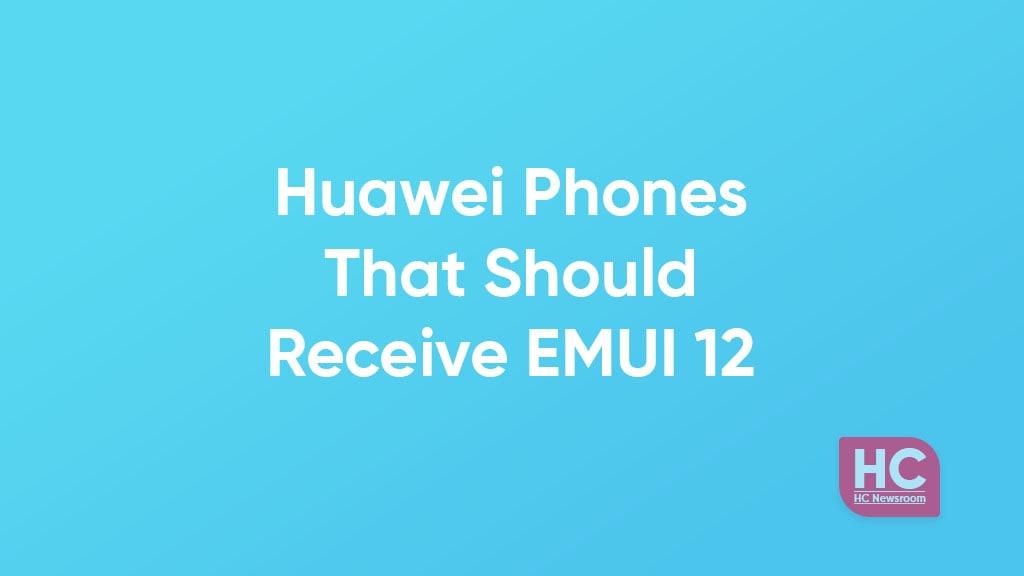 In the past few months, Huawei has ramped up efforts and expanded the reach of the EMUI 12 software updates in the global market. This update comes with new features that enhance your user experience and makes your way towards the latest functionalities.

However, there are some Huawei phones that remained untouched by EMUI 12 and should receive this EMUI upgrade. These consumers have asked us why they aren’t receiving the new EMUI 12 software. However, Huawei has currently not confirmed additional devices outside of the EMUI 12 roadmap to get EMUI 12 software updates.

It’s also uncertain whether the Chinese tech maker will add new devices in the EMUI 12 eligible model campaign. Still, we cannot confirm or deny any possibility of this happening.

Below you can see the list of Huawei devices that should receive EMUI 12 onboard:

EMUI 12 comes with various new features including the new control panel, and notification panel, as well as a better user interface that takes you to the next level of the EMUI ecosystem. There is some core functionality of HarmonyOS such as smart device management that has been added to this software so that you can add and manage all of your smart devices such as a smartwatch, smart TV, tablet as well as FreeBuds directly from your smartphone.

Huawei has released EMUI 12 improved task handling performance and better power management to save battery. There is also an increased security feature that has been added to safeguard your data.

As of now, Huawei has installed the EMUI 12 software update on various Huawei devices including Huawei Mate 40 Pro, Mate 30 Pro, P40, P40 Pro, P40 Pro+, P30 series, Mate 20 series, and P40 Lite, Nova 7i, and other smartphones. However, more devices are still under beta testing to get the new features tested and will soon be running stable EMUI 12.

Related Topics:DevicesEMUIEMUI 12Huawei
Up Next