The U.S. security concerns about Huawei’s 5G mobile networks appear to be driven by politics and trade rather than any evidence, Houlin Zhao, the head of the U.N. internet and telecoms agency, said on Friday.

The security of 5G networks was in everybody’s interest but so far he had not seen anything to substantiate claims about Huawei, Houlin Zhao, secretary-general of the International Telecommunication Union (ITU), told reporters in Geneva, reported by Reuters.

“Those preoccupations with Huawei’s equipment, up to now there is no proof so far,” Zhao said.

“I would encourage Huawei to be given equal opportunities to bid for business, and during the operational process, if you find anything wrong, then you can charge them and accuse them,” the Chinese-born Zhao said. “But if we don’t have anything then to put them on the blacklist – I think this is not fair.”

Zhao added that it is up to telecoms companies to ensure that they were using secure hardware because otherwise, they could face a challenge by national authorities or a public backlash against using their services.

“So it’s their first concern, their first target, to make sure that the systems they use in the market will provide service satisfaction to them.”

The International Telecommunication Union will hold a meeting to finalize standards for the 5G spectrum in October, but concerns about Huawei will not slow down that process, Zhao said.

“Up to now we don’t have any proposal from anybody on 5G security concerns there,” Zhao said.

Trump orders US companies to look for an alternative to China, stocks slide 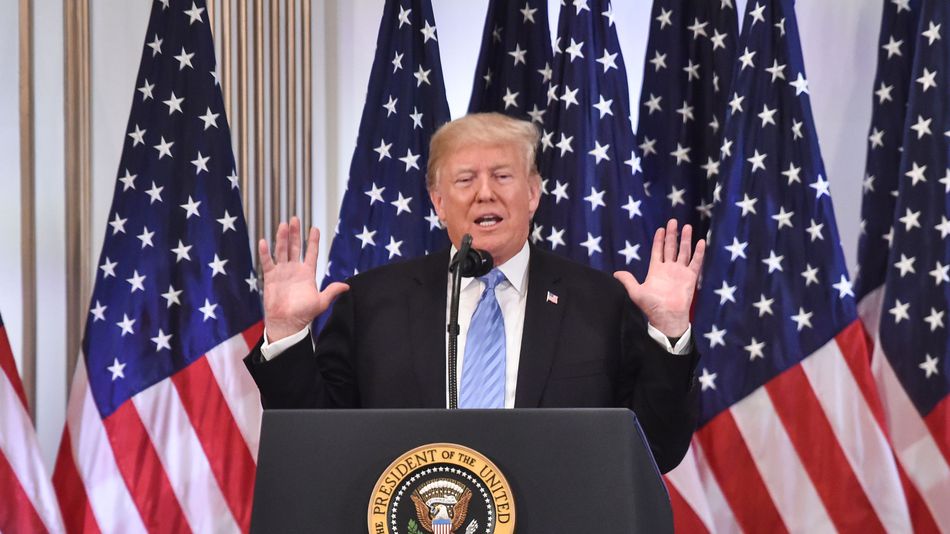 On Friday, U.S. President Donald Trump said, “our great American companies are hereby ordered” to “immediately start looking for an alternative to China, including bringing your companies HOME and making your products in the USA.”

The U.S. President also said he is ordering all carriers, including Fed Ex, Amazon, UPS, and the Post Office, to SEARCH FOR & REFUSE,….all deliveries of Fentanyl from China (or anywhere else!). Fentanyl kills 100,000 Americans a year.

….better off without them. The vast amounts of money made and stolen by China from the United States, year after year, for decades, will and must STOP. Our great American companies are hereby ordered to immediately start looking for an alternative to China, including bringing..

President Xi said this would stop – it didn’t. Our Economy, because of our gains in the last 2 1/2 years, is MUCH larger than that of China. We will keep it that way!” he added.

Mr. Trump tweeted. “I will be responding to China’s Tariffs this afternoon.”

….all deliveries of Fentanyl from China (or anywhere else!). Fentanyl kills 100,000 Americans a year. President Xi said this would stop – it didn’t. Our Economy, because of our gains in the last 2 1/2 years, is MUCH larger than that of China. We will keep it that way!

According to CNBC, Semiconductor stocks and shares of Apple slide after President Trump tweets. Shares of Apple fell as much as 4.5%, while the VanEck Vectors Semiconductor ETF declined 4%. Among the chip companies, Qualcomm slid 4.5%, Nvidia lost 4.8%, Advanced Micro Devices dropped 6.6%, Micron fell 4.2% and Broadcom slid 5.3%.

Huawei reconfirms the EMUI 10 beta schedule for its smartphones