Huawei has again set a record-breaking market share in its home ground and again become the only company to see an increase in its annual growth.

According to the market research Canalys, Huawei has taken a lead in China in Q2 2019 to achieve the highest market share of any smartphone in the past eight years.

The data shows, Huawei has acquired 31% Year on Year growth rate by shipping 37.3 million units compared to 28.5 million units shipped during the same time period last year with a market share of 27.6.

To be noted the figures shown in the report includes the sales count of both Huawei and its subsidiary Honor, which is doing a fantastic job for its parent company.

“Huawei’s addition to the US Entity List caused uncertainty overseas, but in China, it has kept its foot on the accelerator,” said Canalys Analyst Mojia”

The company is heavily investing more on its offline sales to remain aggressive in the country and luring consumers from rival brands such as Oppo and Vivo.

On July 26, Huawei launched its Mate 20 X 5G smartphone in China with a very reasonable price and it’s expected to get a good graph for the company.

The report also points, Huawei’s internal chipset and modem technologies will it an upper hand over its competitors as 5G is commercialized by Chinese operators. 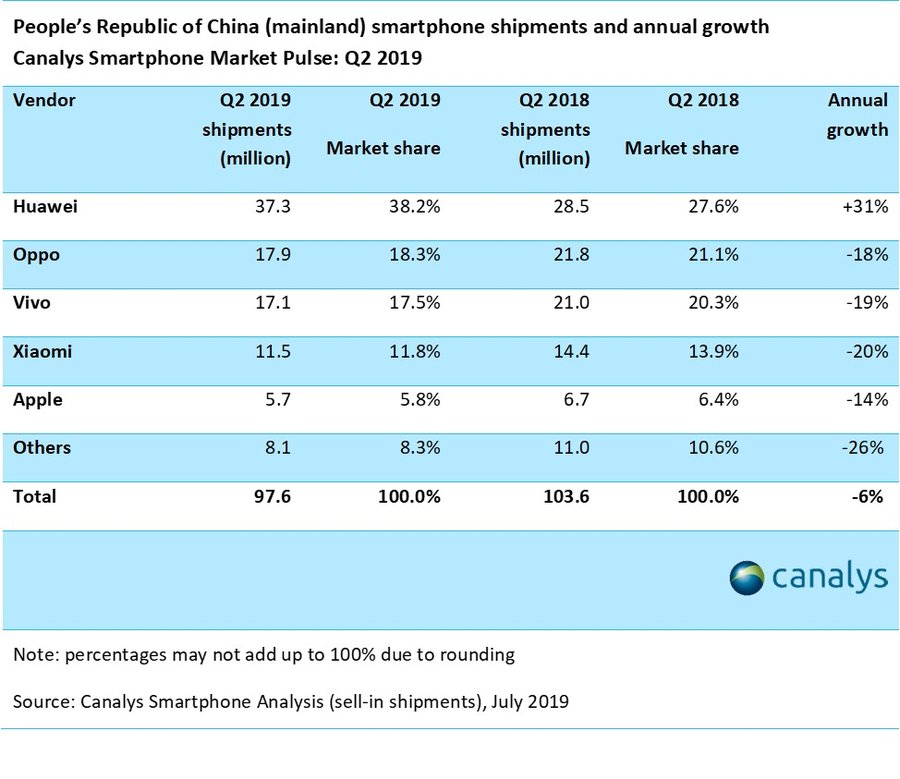