Huawei and Honor dominate the total 34% share of the Chinese smartphone market and a new report shows that the brand’s online sales shares are also on top.

According to the data shown by CounterpointResearch, Honor has retained its title of the number one online smartphone brand in China with a 24% market share followed by Xiaomi.

The analyst also noted an increase in Huawei’s market share online despite the overall market slowdown, both Huawei and Honor are working on their weak points and expanding their offline and online store presence.

Mengmeng Zhang, Research Analyst at Counterpoint Research said JD.com and Tmall.com continued to be number one and number two online smartphone platforms in China, respectively. Together the two giants dominate more than 70% of the smartphone market. 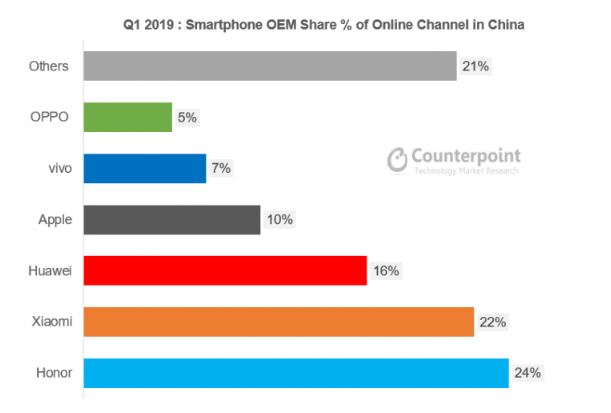