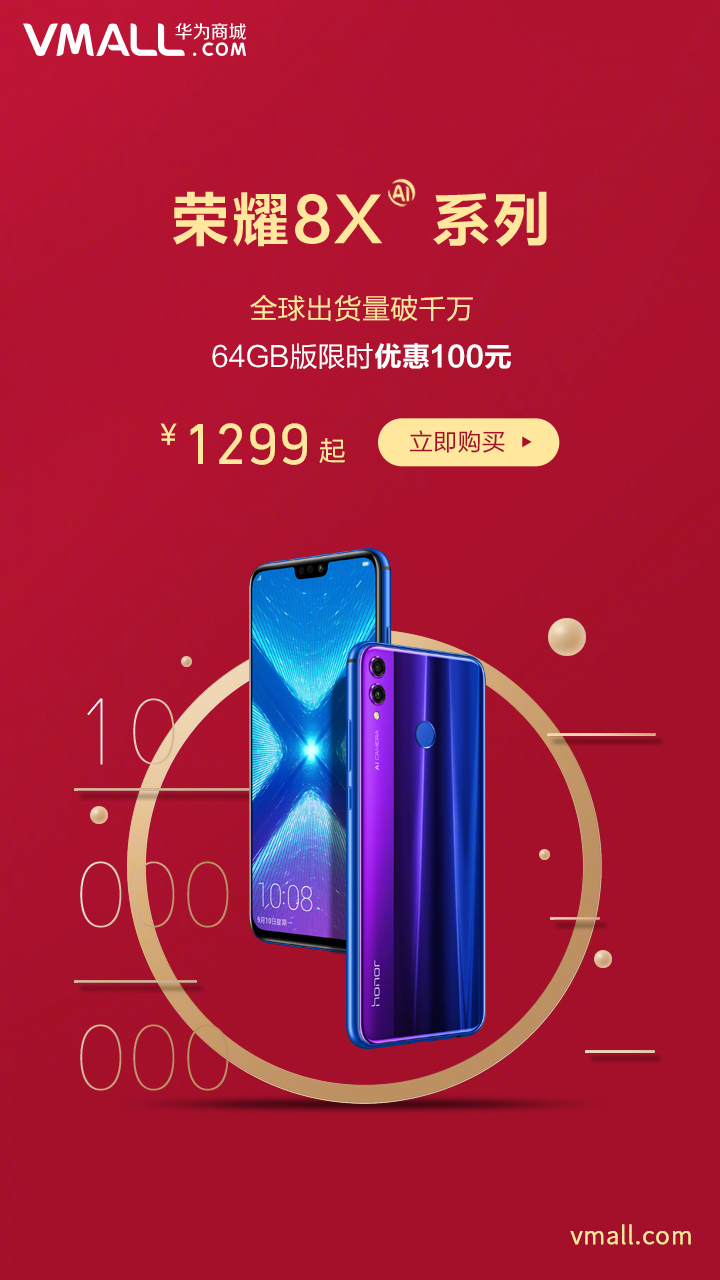 
Honor has sold over 10 million units of the smartphone, Honor 8X. Also, Honor has slashed the price of the 4GB+64GB variant by 100 yuan for a limited time. This brings the price down to 1299 yuan.

Honor first unveiled the Honor 8X in China around September last year and then it hit India in October.

According to Mr. Richard Yu, he believes that “Huawei Consumer BG has arrived at a brand new stage,” and that “Huawei and Honor are likely to become the world’s largest smartphone manufacturer this year.”

He added, Honor will become the 2nd largest smartphone manufacturer in China, and 4th in the world.