After the launch of Nova 5 series, Honor officially confirmed that its next X-series device is on its way. Following this, there’s a specs sheet that recently been leaked online and allegedly claims to include Honor 9X’s top features.

These specs look heavy compared to a budget smartphone and can be used for the mid-range segment similar to the Nova 5 and Nova 5 Pro.

As its 3C listing reveals that the phone will come with a 10W charger, also there’s a Pro version of this phone which was also spotted on multiple certification organizations.

Apart from this, Honor last week officially announced that its next X-series phone is coming with Kirin 810 processor, as for now, there’s no additional confirmation available on these specs. 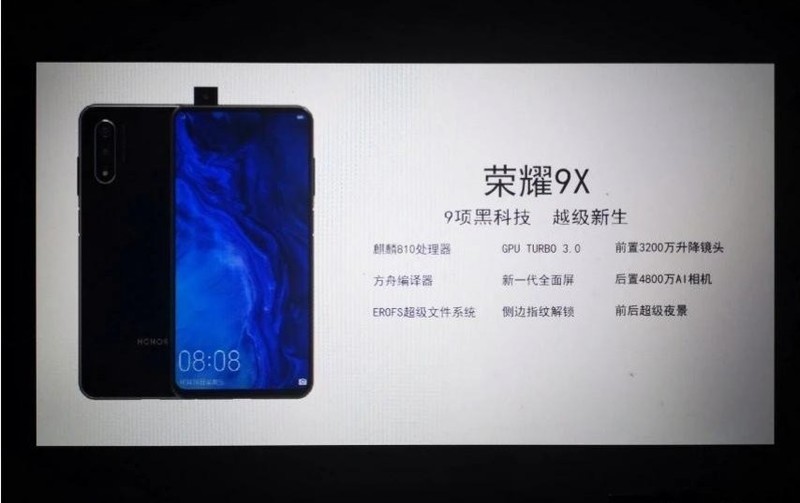