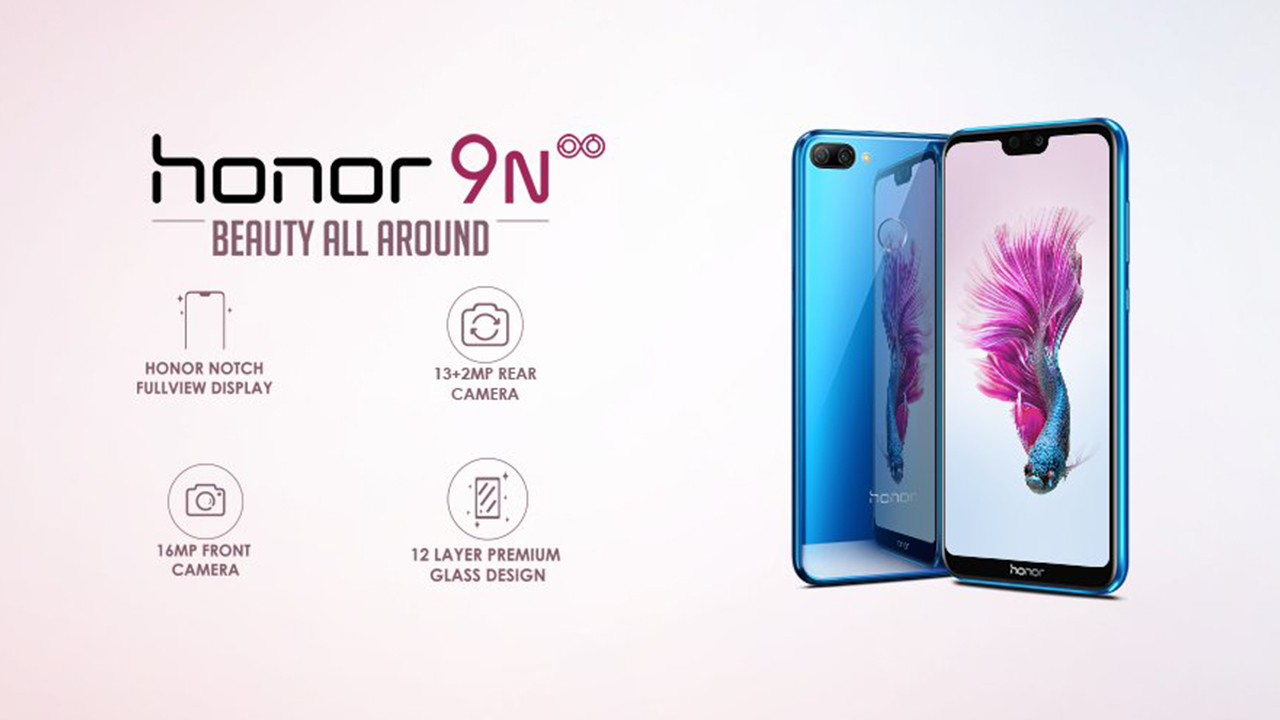 
Today, Honor announced a new phone in the Indian Market as ‘Honor 9N’,  this device adopts ‘notch’ design which looks similar to Honor 9i. let’s explore further to see what Honor 9N have for the Indian Market.

For Camera, the phone features a dual-camera setup at the rear which is a 13MP+2MP combination and a 16-megapixel selfie camera that offers nice features such as 3D face contouring, smart and gender beautification, and the ability to change image backgrounds.

Honor also introduced numerous security features in this budget phone such as ‘Face Unlock’ which works for notifications as well. It also has a rear fingerprint sensor which can also be used to answer calls and take photos, and also silence alarms.

The list does not end above, there are more features including Game Suite, Riding Mode and Party mode which enhances the overall experience and provides better convenience while performing related tasks on the phone.

This device will also receive the latest GPU Turbo technology through an OTA update and will be available in four colors of ‘Midnight Black’, ‘Sapphire Blue’, ‘Lavender Purple, and ‘Robin Egg Blue’.