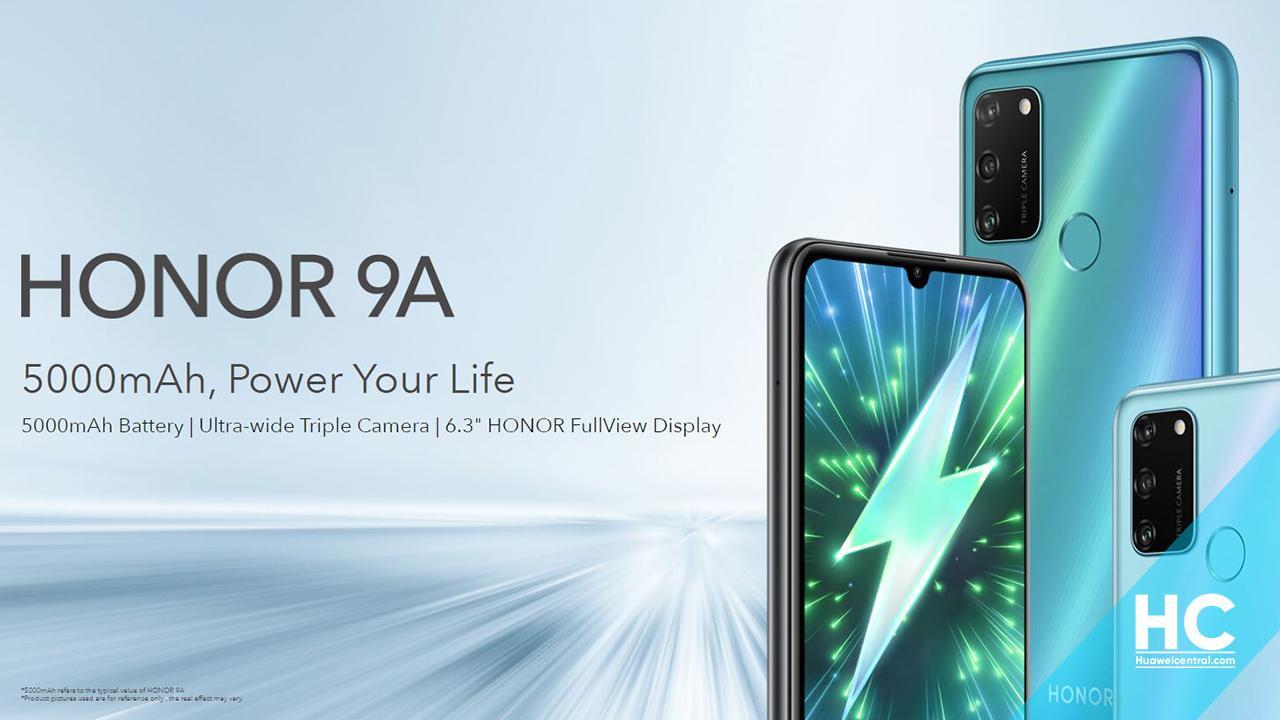 
Honor 9A was first launched in China in late March, the phone later introduced in Russia and Iran. And now the company has decided to launch this mega battery for global consumers.

Honor has officially announced that the Honor 9A will launch globally on June 23. The launch event will broadcast online on Youtube and other social platforms at 2:00 PM CET.

The phone features a triple rear camera system comprising of a 13MP main camera, 5MP Ultra wide-angle camera, and a 2MP depth assist camera. On the front side, it has an 8MP selfie camera.

Notably, the Chinese version of Honor 9A comes only with dual rear cameras compared to triple on the global version.

This phone has a huge 5000mAh battery that can provide up to 65 hours of calling and 32 hours of video playback. It comes with pre-installed Magic UI 3.1 (Android 10), providing various new features.

Honor Play 9A launches with a jumbo 5000mAh battery, Magic UI 3.0 and more