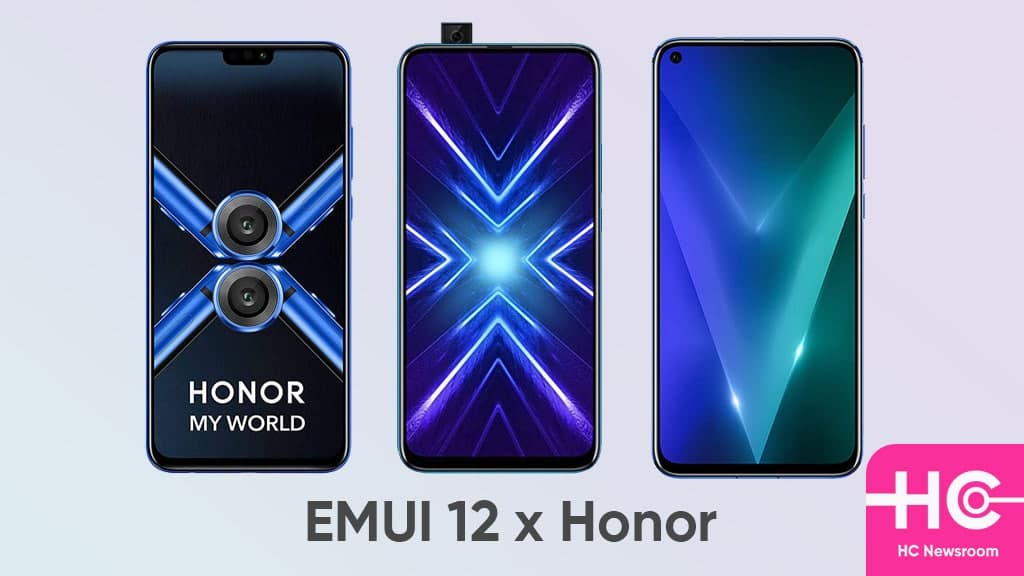 EMUI 12 is rolling out for Huawei devices and it comes with new features that are designed to improve your phone’s software user experience as compared to EMUI 11. However, Honor phones will also receive the EMUI 12 rollout to install the latest software update.

However, we’ve already configured this software update rollout plan before but today, we’ve got input on more Honor devices that will receive the EMUI 12 software update beginning from June 2022 onwards.

According to our information, EMUI 12 will also rollout for old Honor phones including Honor 8X, 9X, Honor 10, V10 as well as V20 devices. This information has been confirmed by the customer representative but we’ll have to wait for more information on this matter.

Meanwhile, it’s a good sign of development, if these phones also get slotted into EMUI 12 world, as they already run EMUI 10.0. Therefore, these phones will surely get a new user experience, which wasn’t available before.

EMUI 12 comes with a new user interface inspired by HarmonyOS operating system. The latest software update has a new Control Panel consisting of different services as well as the Notification Panel. This new EMUI version also brings you refreshed animations.

That’s not it, you will have access to better performance as well as new enhancements made to the software.

Still, the rollout procedure may take some time. Therefore, you can continuously check your devices for possible approval of the OTA procedure.