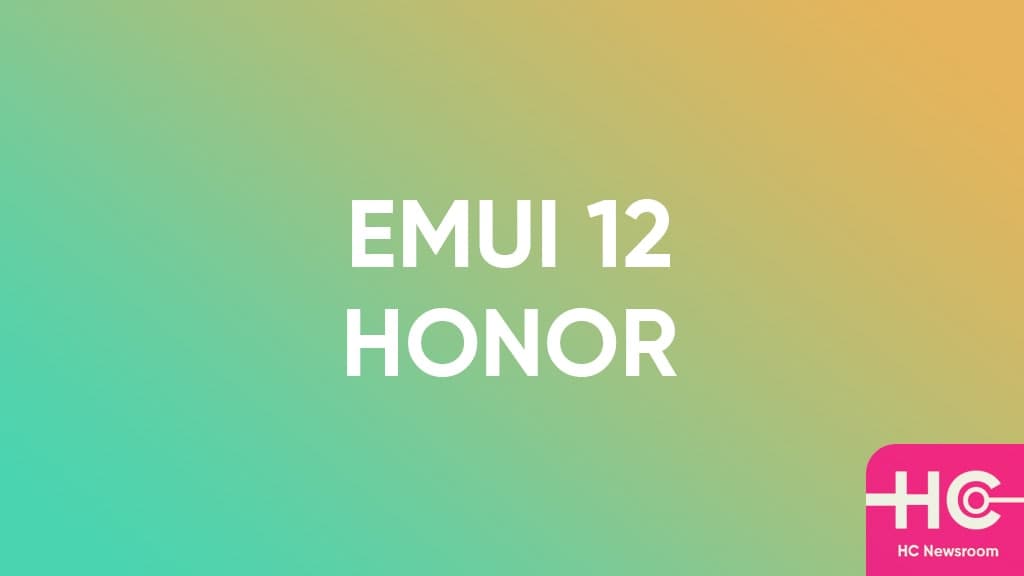 Huawei has started to rollout EMUI 12 for a bunch of devices including the recently released flagships – Mate 40 Pro, Mate 30 series, and P40 series. However, there is new information regarding the Honor device that will surely keep them excited about EMUI 12 rollout.

According to our information, Huawei has confirmed that EMUI 12 will also rollout for Honor devices. As per the information, the corresponding eligible Honor phones will get EMUI 12 in June this year.

Therefore, Honor devices will have access to the latest EMUI version on board that comes with a number of new features including a better user interface, animation effects as well as other parts of the user experience that have also been improved.

There is an addition of new features for the consumers including the EMUI 12 control panel that consist of unified features such as media controller, connectivity controller, as well as smart device manager.

In 2020, Honor and Huawei went separate ways, as the parent company has sold its smartphone subsidiary to a group of Chiense business group. Since then, Honor is free to conduct operation sepeately and launching devices in all categories even competing with Huawei.

Post separation, Honor regained Google Mobile Services and other essential supplies that has been restricted after Huawei US ban.

However, device users such as Honor 20 and Honor 30 series were launched before this mega split between the two firms. Thereofre, users were worried of their futures but Huawei later confirmed that these phones will ba managed by th company.

Not only that, a Huawei official also shared inputs that Honor phones launched before the partition of two companies will continue to receive software updates in the future.

In the current scenarios, we have not received any information regarding the rollout of the device. Hence, we recommend you keep an eye on the softwar update section of your smartphone, as the latest firmware version may arrive any time.