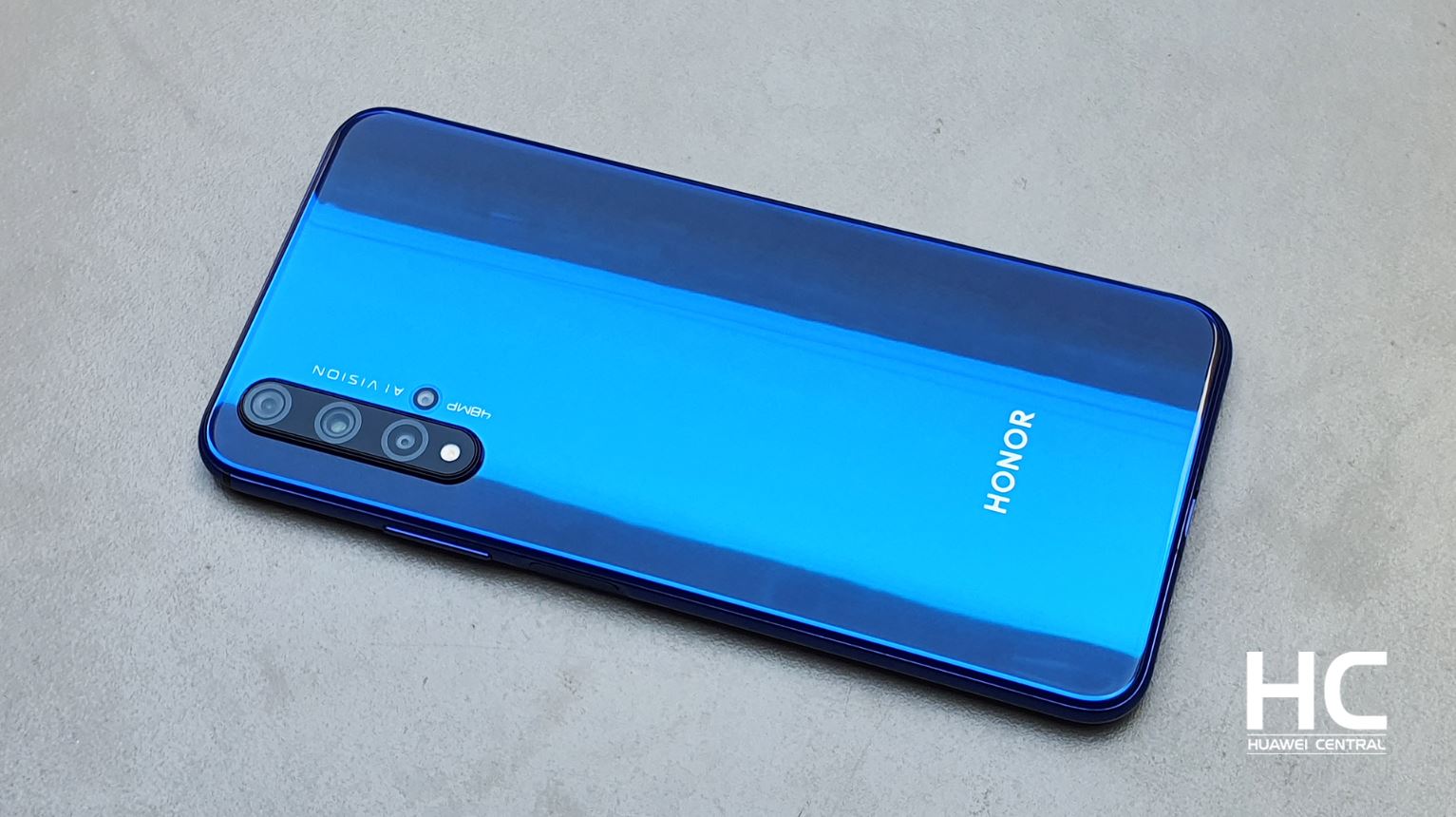 Following the Honor View20, Honor has now started sending a new update for Honor 20 in India. This new software package brings the VoWiFi feature for a better calling experience as well as other new features.

Huawei Assistant and Smart Charge: Not mentioned in the changelog, but it’s part of the update.

VoWiFi: Wi-Fi Calling feature enables users to use smartphones that support VoWiFi to dial numbers to use voice or video calls over Wi-Fi connection. Currently in India, only Jio and Airtel networks are offering VoWiFi services.

You can activate the VoWiFi calling by going to Settings > Mobile network > Mobile data > Wi-Fi Calling > tap on Wi-Fi Calling slider to enable this feature.

Or via simply to Phone dialer > Settings > Wi-Fi Calling, tap the Wi-Fi Calling slider to enable this feature.

Huawei Assistant: Huawei Assistant provides smart reminders, personalized news, and other content relevant to you. The assistant is accessible via the home screen.

Smart Charge: Preserve battery health by adapting to your charging routine. Charging may be paused to delay charging your device to 100% until needed.

Note: The update is rolling out in batches for the Indian variant and it may take some time to reach your devices. 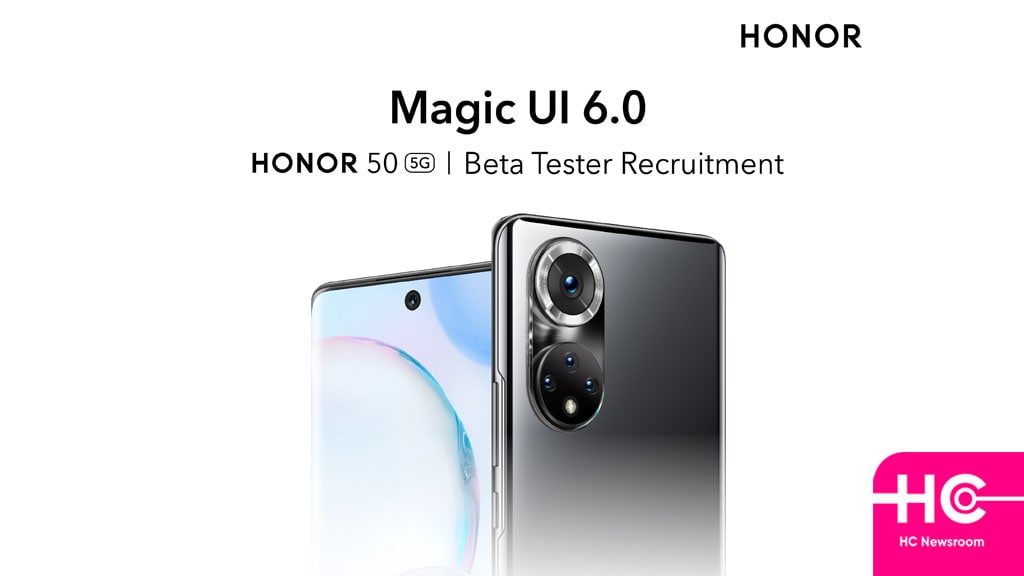 Honor is inviting users to join the beta program of Android 12-based Magic UI 6.0 in the UK. While many Honor devices are still standing in the queue to receive the first Android 12 build, it seems that Honor 50 is all set to taste the new firmware.

For implementing the flagship Honor 50 with a new update, the company has opened a Magic UI 6.0 Beta program in the UK. Consequently, this beta event appears with a bunch of goodies for the users. Apart from the testing of the beta software pack, users also get a chance to win exciting prizes and rewards.

The respective beta program is no less than a contest for the consumers. As familiar, the beta program mainly appears for the testing of the firmware and obtaining genuine feedback over it. However, the twist lies here is that users can score awards based on the quality of feedback, questionnaires, as well as update scores.

There are three categories of the Beta Test Awards. Here are we giving a list that describes the awards and prizes for the individuals:

How to register for Beta Testers?

For participating in the amazing beta program, follow the below-given steps:

The selected participant will get notified through mail on June 17, 2022. Further, the testing period will start from 20 June onwards, till the 3rd of July. Thereafter, the winners will receive their prizes from 14 – 28 July, following the Reward announcement on 11 – 13 July.

So hurry up! Take part in this amazing opportunity to grab new gadgets, the last date for filing the application form is June 16, 2022. 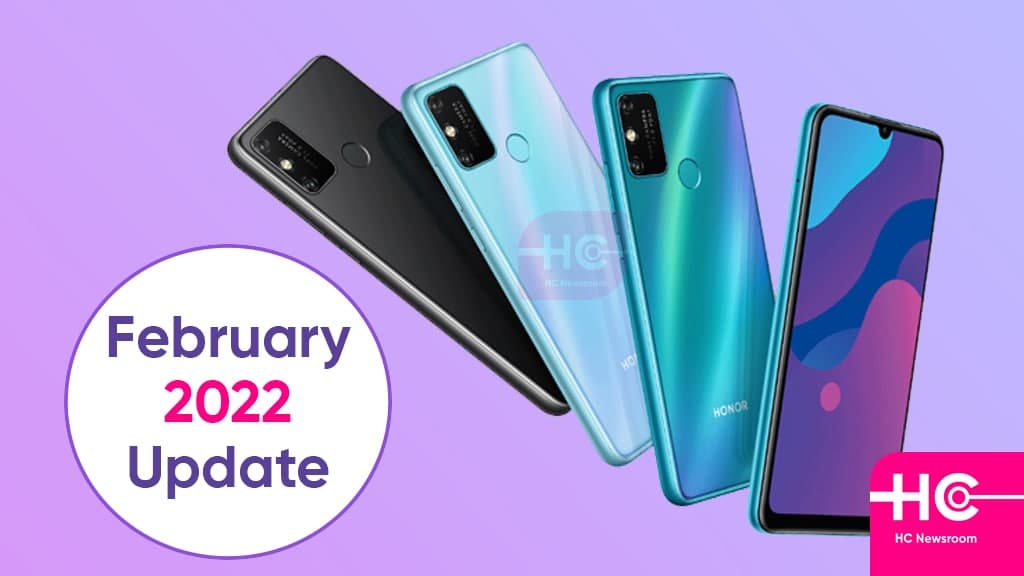 Honor Play 9A smartphone began collecting a new security update released in February 2022 for better system security. As it brings fixes for several common vulnerabilities found in the latest software system to protect the device against threats.

So, Honor Play 9A users don’t miss this update because it carries very important security improvements. However, the update is rolling out in batches and may take some time to reach you. Don’t be panic and have a nice day!

Furthermore, if you don’t want to wait for an OTA update notification, then it’s fine. You can check the update manually and download it by following the updates mentioned below.

Simply, turn on your smartphone and go to the settings menu. Then, tap on the system & updates and click on software updates. Afterward, you will see a new page with the option CHECK FOR UPDATES, tap on it and wait for the phone to connect server and get the update for you. From here, tap on the download and install button.

Although, this update doesn’t erase your data we recommend you keep a backup of your important and personal data. Keep in mind, the smartphone should be charged 30% or above and have an adequate amount of storage in the phone. 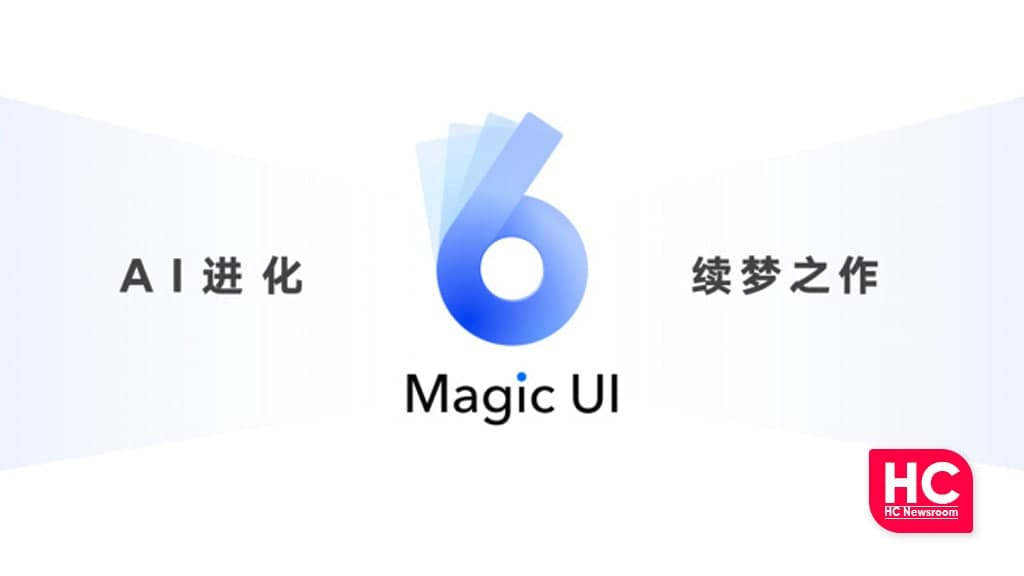 On January 10, Honor has launched the new version of the Magic UI software system, Magic UI 6.0 based on the latest Android 12. At the press conference, Honor CEO, Zhao Ming has presented a “continuous dream” of Magic UI 6.0.

Honor Magic UI 6.0 is designed with aim of bringing a new experience better than other OS. While maintaining the advantages of the Magic Live Smart Engine and other advantages. The Magic UI 6.0 comes with multi-device intelligent collaboration, focusing on smart life, collaborative office, and much more.

Honor also showed a signal comparison between the Magic 3.0 and the Apple iPhone 13 Pro Max, which is generally stronger and more power-efficient than the iPhone 13. As compared to Magic UI 5.0, the Magic UI 6.0 also improved the average frame rate of games, improved application retention rates, and even extended the Magic 3’s battery life by 20 minutes.

Furthermore, Honor Magic UI 6.0 is unleashed with the blessing of the Magic Live intelligent engine that can sense the geolocation through all-weather in boarding, subway, express delivery, elevator, and other scenarios. It matches the relationship between people’s location and time accounts, as well as provides relevant data partners to provide accurate intelligent services.

The Magic can actively provide smart services with a live visual experience. In the case of business travel, Yoyo suggests that flight information will be displayed in time, voice prompts boarding, and the boarding pass can be opened with a key. Based on industry-leading multi-level geofencing technology, Magic Live is 6 times more accurate than traditional sensing technology, 500 times more accurate in real-time, and reduces power consumption by up to 95%.

Magic Live will also actively learn and receive visual rules and recommendation rules based on user habits so that YOYO suggestions can become your unique smart assistant. Subway view, one-click swipe code, view of the house, and pickup signal. 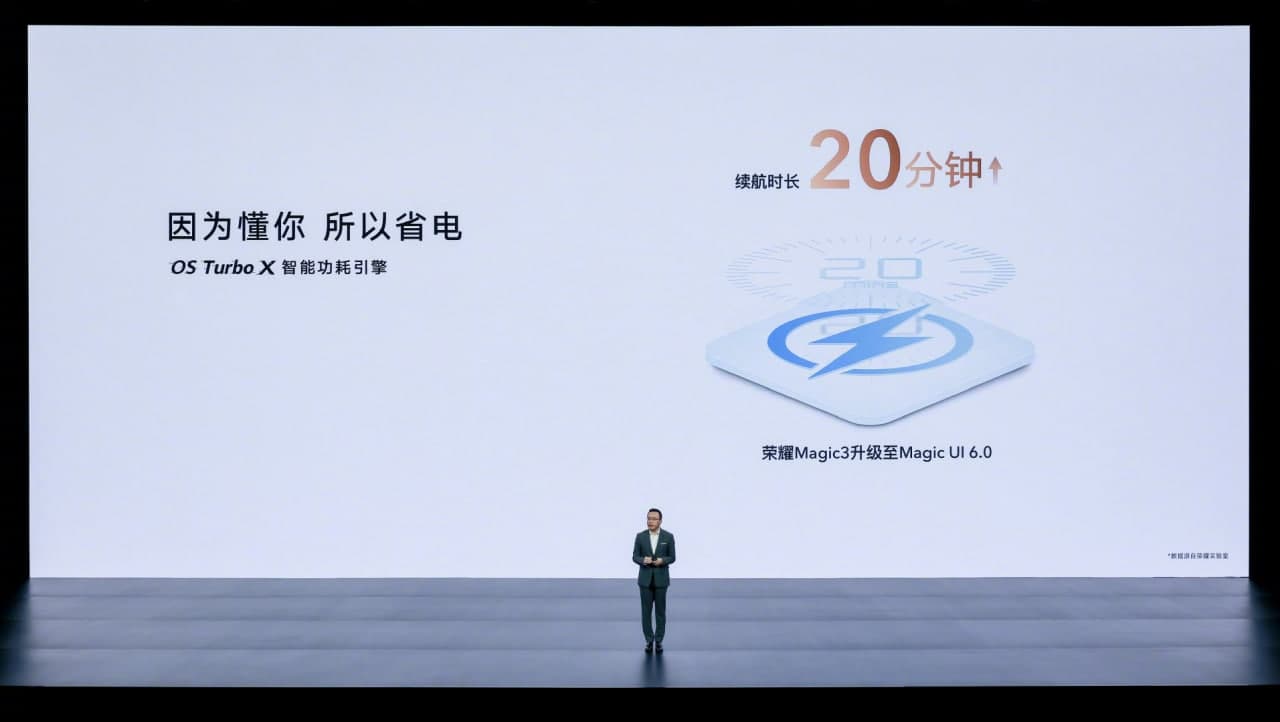 Honor is a strategic partner of Microsoft’s Your Phone function in China, the Magic Live cross-device experience has also been upgraded. In addition to the new Honor Connect interconnection protocol, Honor Sharing supports seamless interconnection transfer between mobile phones, tablets, and PCs, as well as high-speed reciprocal transfers between Windows PCs.

Cross-device collaboration supports keyboard and mouse sharing and screen expansion. The protocol is open for shelves and standard adaptations have been deeply incorporated to support more ecological devices. 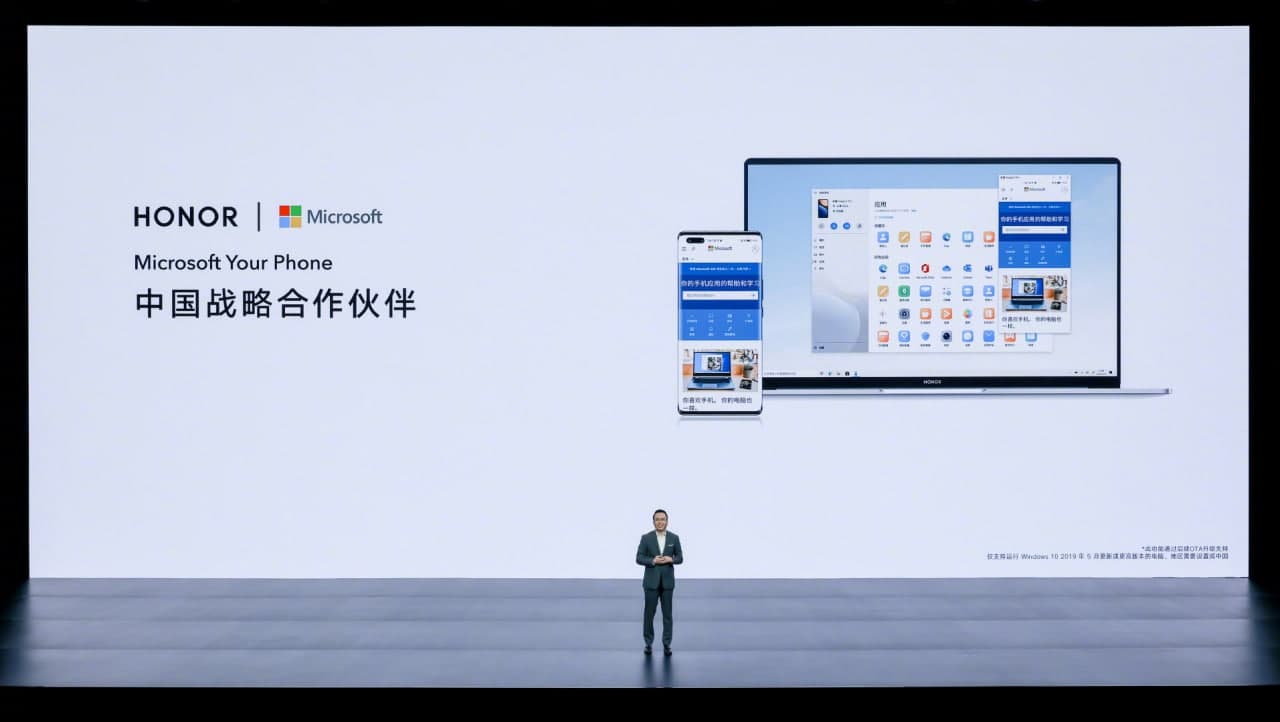 Magic UI 6.0 provides several service cards recommended by YOYO, creating a variety of themed desktops, and changing styles as you wish. New large folders function, directly click storage app, efficient and one-touch. Human factors engineering interactive effects, a mirror to the end. In other respects, Magic UI 6.0 also announced that it will continue to protect user privacy and security in all aspects and at all times. 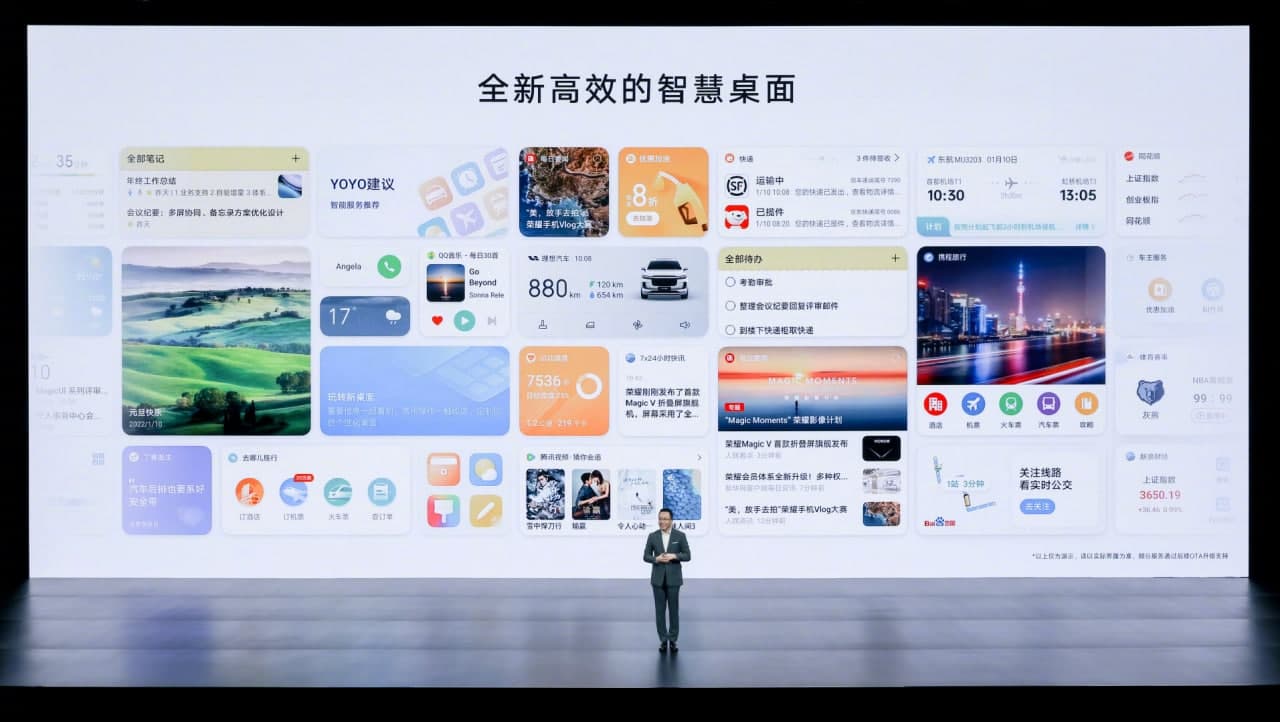 The smartphone that will update first over Magic UI 6.0 in first-quarter belongs to the Magic 3 series. While the Honor 50 series will do so in the second quarter of the year. In the third quarter, Honor mobiles such as the V40, 50SE, X30, X20, or V7 will be updated.