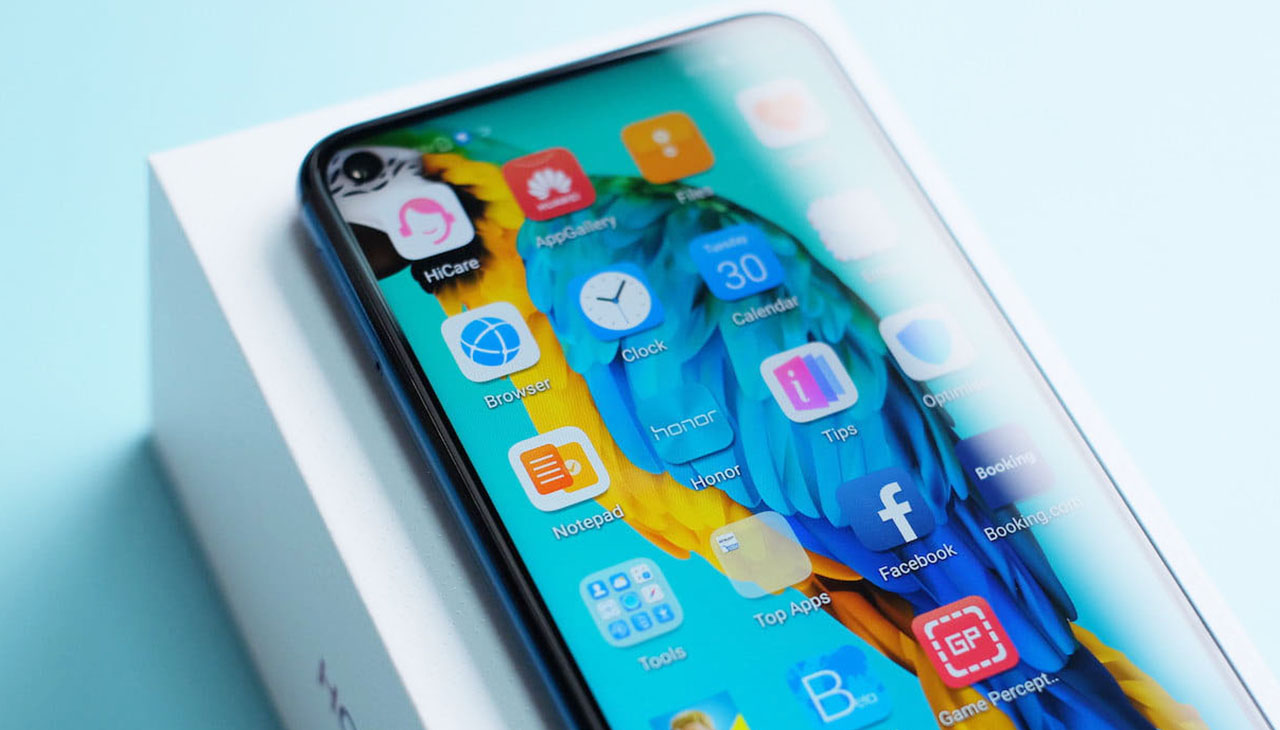 
We’ve seen Honor 20 Pro’s back in renders but now there are some live images of this upcoming flagship that reveals the phone from the front side.

Honor 20 is already sent to DxOMark for camera evaluation

According to the images coming from DigitalTrends, Honor 20 Pro features a hole-punch display to house a selfie camera inside the hole which is very similar to Honor View 20.

To make the notch more interesting the company has added customized wallpaper to hide the camera hole inside parrot’s eye and in the second image its different background consisting dark shades on the hole-punch area. So it can be said that Honor will put some of the customized images in the wallpapers section.

Also, the bottom bezel or chin looks very low, as the phone is sitting on the white colored retail box which has its name carved as “Honor 20 Pro”. 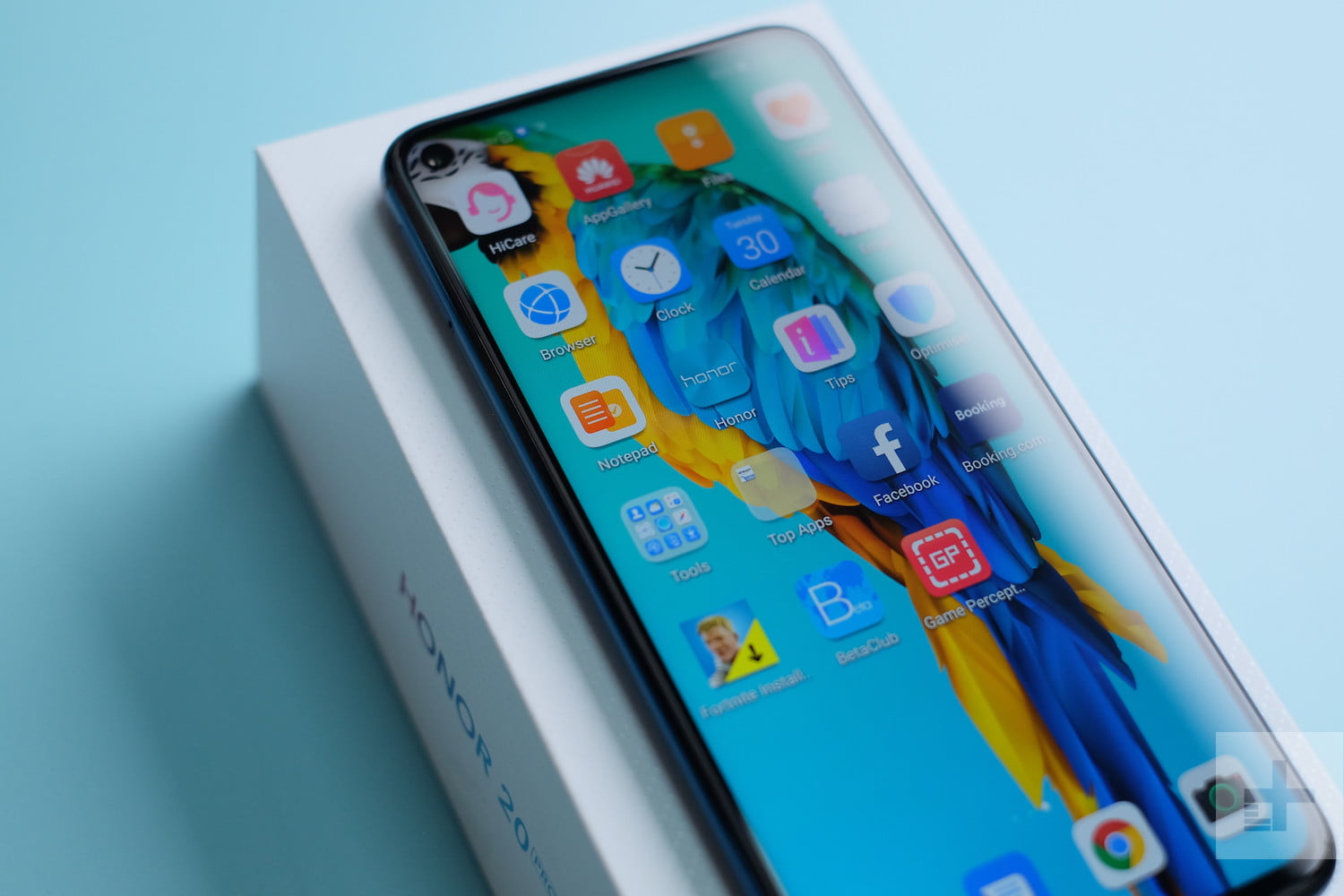 Apart from its design, the phone does have “Fortnite installer” icon, which means it could come preinstalled and there may be an exclusive skin directly coming for Honor 20 Pro users.

By looking into the screen there is one more application that seems to be interesting including the Amazon Alex, this could be a trigger to move on from previously used Google Assitant but cannot be confirmed at the moment. 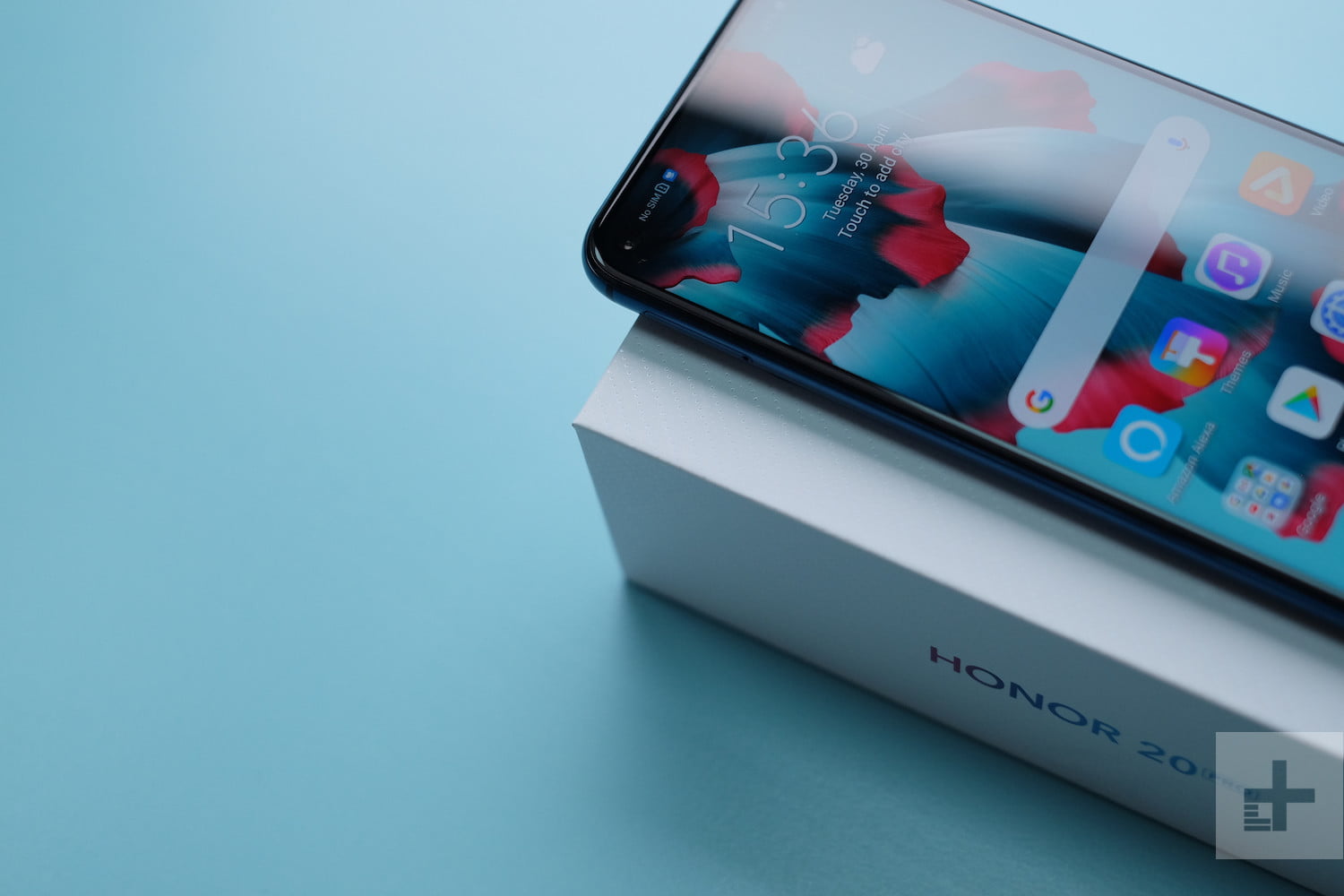 This is all we can extract from these images but this early showcase is pretty informative because there are fair chances of seeing new images coming before this phone goes official.

According to previous information, Honor 20 Pro will come with a quad camera setup including a ToF (Time of Flight) depth sensor and the main camera could possibly be a 48MP lens. The phone will be powered by Kirin 980 and have an 8GB RAM variant.

As a flagship smartphone, Honor 20 Pro could feature an OLED display + on display fingerprint. As its battery charging capacity is a 22.5Watt fast charge.

Unlike any of its previous flagships, Honor will launch in two variants of Honor 20 series and will be launched on May 21 in London, UK.