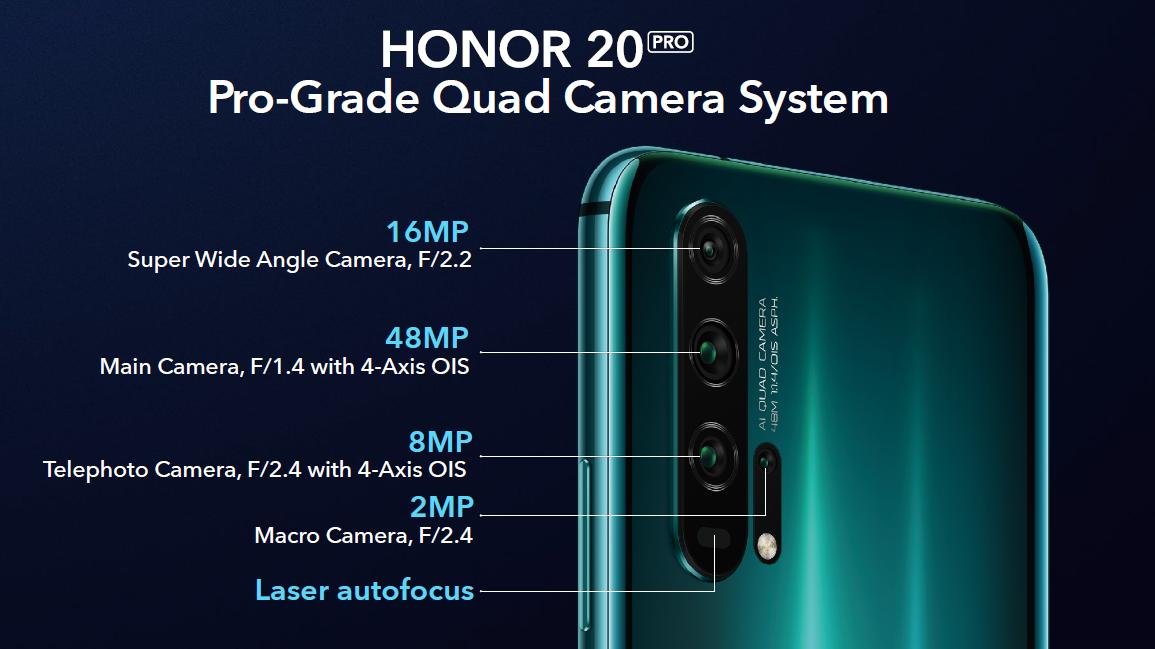 
Honor has launched its new Honor 20 flagship series which includes its two most powerful and dominant smartphones including the pro version Honor 20 Pro, and here are the information on its specifications, price, and availability.

The phones features side mounted fingerprint sensor, 4000 mAh battery with USB Type C port for 22.5W Honor SuperCharge and run on Magic UI version 2.1 (Android Pie). This phone is designed in the color options of Phantom Blue, Phantom Black, and there’s also an Icelandic White but that’s not on the official listing.

Honor 20 Pro scored 111 points on DxOMark, the second highest score on the listing

Honor is yet to confirm the availability information of Honor 20 Pro.