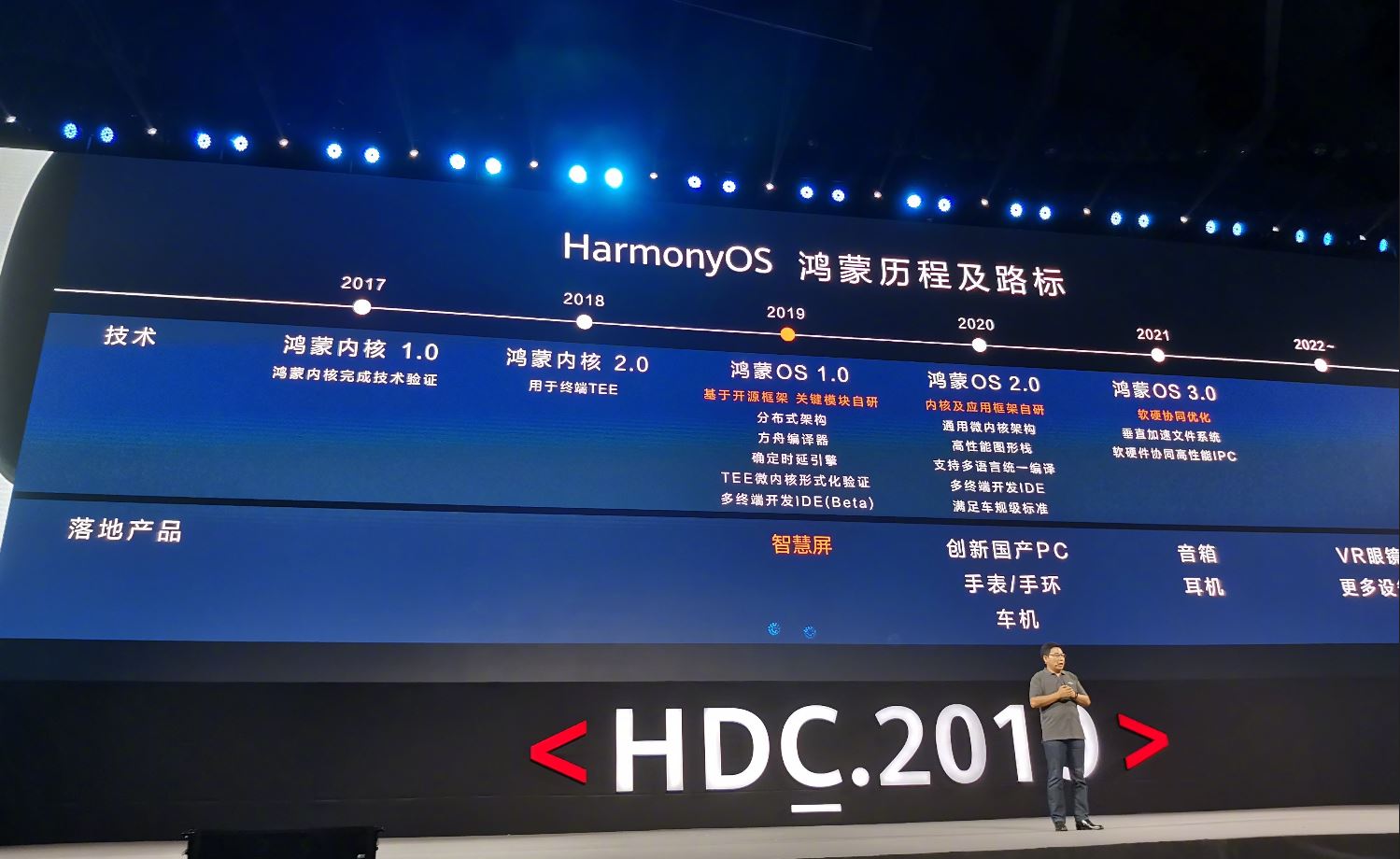 
The Hongmeng OS AKA HarmonyOS is built to synchronously work around different platforms and services and this operating system will make its official debut tomorrow as version 1.0.

Huawei has announced that its Hongmeng OS will officially be launched with Honor Smart Screen (TV) scheduled on August 10 at Huawei Developer Conference 2019.

Hongmeng OS version 1.0 is primarily based for Smart Screen and will come with beta Integrated development environment) for early developers. Although there could be more than just the support for TVs.

Version 2.0 coming next year with enhanced performance, more features for IDE and addition of more platform such as Cars domestic level (Chinese), PC, Smartwatches and other wearables such as fitness bands. Version 3.0 will be released in 2021 and focused to improve hardware and software collaboration with the OS.

According to Yu Chengdong, Huawei’s Consumers Business Group CEO, the company will continue to make changes in the Hongmeng OS to make it more advance as time passes.