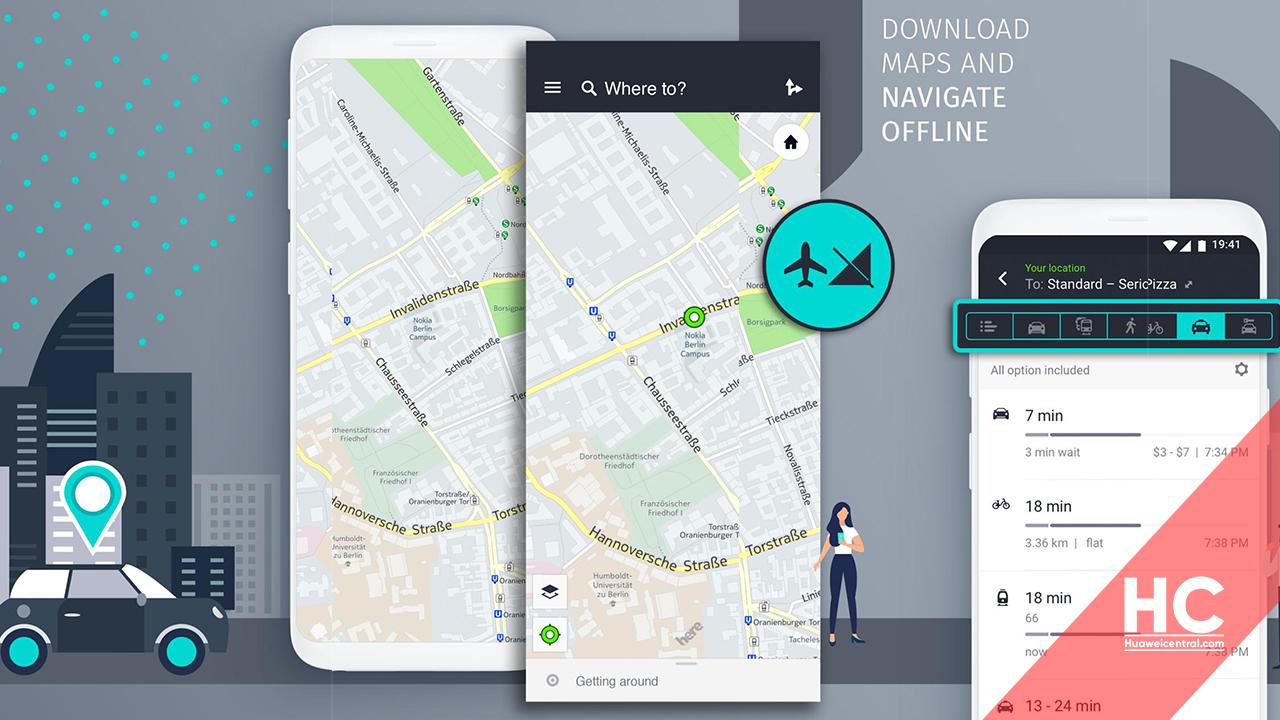 Huawei smartphones cannot use Google Maps due to the US restrictions but they’ve now got an alternative and a popular map service – HERE WeGo navigation.

This navigation app was originally developed and released in 2013. In 2016, the app renamed as HERE WeGo and now made its debut on the Huawei AppGallery.

HERE WeGo has plenty of navigation features and provides users with information regarding the public, car, bike, or taxi transportations. You can book a taxi in a single tap or navigate with detailed routes, turn-by-turn guidance to reach the destination with alternative suggestions.

Additionally, HERE WeGo tells you everything about your journey before you head out. You can see the cost of public transit tickets and cab fares, find places to park, and know about traffic delays for any drive.

For advanced support, the app comes with voice guidance that helps drivers to stay focused on driving while hearing turn-by-turn direction. It works the same for walking.

Maps are essential to know the information about traffics and transit information, which is also come with the HERE WeGo app.

And lastly, one of the most important features – Offline Maps, yes this navigation app allows users to download the offline maps of the United States, the United Kingdom, Germany, France, Spain, Italy, Canada, Australia, and more than 100 other countries. Download the map you want, and you’re all set.

You can download the HERE WeGo from the AppGallery (link here).

Huawei P30 series and others will also get Google’s contact tracing technology: Report

Huawei will commercialize a new NB-IoT Chipset in the fourth quarter of 2020, supports 3GPP R15 standards