[Update: We have an official confirmation from Huawei. The team has denied the report where it claimed that HarmonyOS will be used by the car manufacturer.

They didn’t share much about the specific report. You can take this as a rumor, and it also means the poster (below) was not legit.]

On August 10, Huawei officially launched HarmonyOS AKA Hongmeng Operating System with Honor Vision TV and soon it could be inherited by a Chinese carmaker.

HarmonyOS/Hongmeng OS: Here’s everything you need to know about this new Operating System

On August 26, a poster of Geely, China’s Zhejiang based Automotive company appeared on Weibo, showing HarmonyOS and its new SUV model to be equipped with Huawei’s OS.

However, the Geely has not confirmed the information on the poster but the facts say it’s true because HarmonyOS also supports in-vehicle systems. As the OS will allow the car to take video/voice calls, remote actions, and more.

During the launch of HarmonyOS at Huawei Developer Conference 2019, the company announced that HarmonyOS will be first used for smart devices such as Smartwatches, Smart Screens, In-vehicle systems, and Smart speakers. More platforms will be added later.

The company is also reported to launch a smartwatch later in the year. 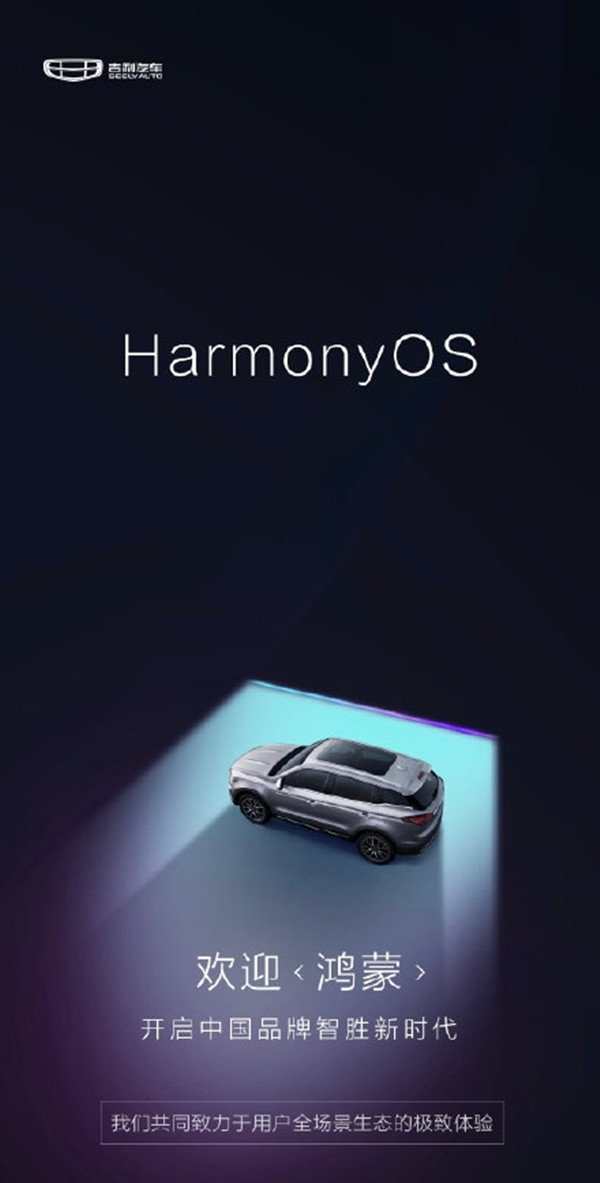