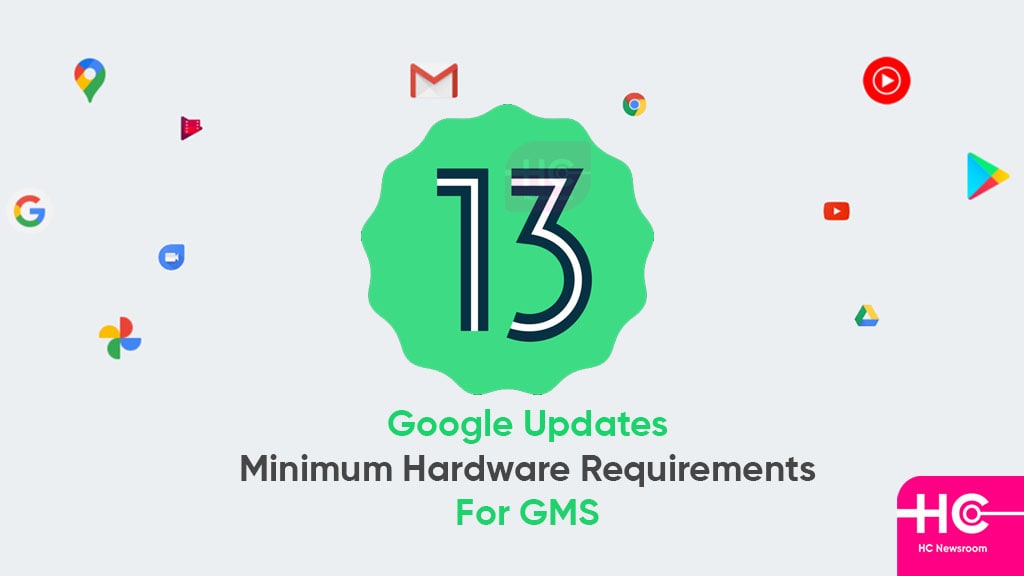 Google and several other smartphone manufacturers keep on bringing such devices that can benefit users in every manner. Giving a good start from the high-end models, the companies also release cost-effective devices with limited features that can fit into the budget of consumers. But looks like the new Google Mobile Services (GMS) policy with Android 13 might put these devices in danger with new requirements.

According to the Twitter handle of Android expert Jason Bayton, Google has updated its minimum hardware requirements policy for the GMS (Google Mobile Services) with Android 13. Ultimately, devices must have more than 2GB of RAM and 16GB of storage to carry on the benefits of the Google Mobile Services.

From #Android13, new devices with less than 2GB RAM cannot preload GMS. Any new Go devices must have at least 16GB storage.

Devices not meeting these requirements today on 12 must not upgrade to 13.

This also means that those devices running on 2GB of RAM and having only 16GB of internal storage won’t be able to enjoy the features of GMS. Alternatively, this statement opens the probability of such devices becoming a past thing, soon.

Jason also mentions that fulfilling these requirements is quite important for the devices. Or else, they won’t be able to greet the Android 13 on their doorsteps. Thus, if you want to upgrade your device to the latest Android 13 interface, make sure that your handset meets all the conditions for preloading GMS.

Even if your Android device is eligible for Android 13, it won’t receive the new update until it covers all the eligibility criteria regarding the GMS policy.

Not for the first time!

Yes, it’s not the first time when Google has kept a barrier in front of the tech makers for preloading Google Mobile Services on low RAM models. The US company keeps on rejuvenating its policies so that the devices and applications could become compatible with the newest operating system.

The company has taken the same step for the Android 11 devices as well. As a result, devices with less than 512MB of RAM would not be able to step into the preloading of GMS anymore.

Hence to keep supplying the benefits of Google services to the consumers, smartphone companies have to offer a minimum of 2GB of RAM and 16GB of storage to their handy gadgets.