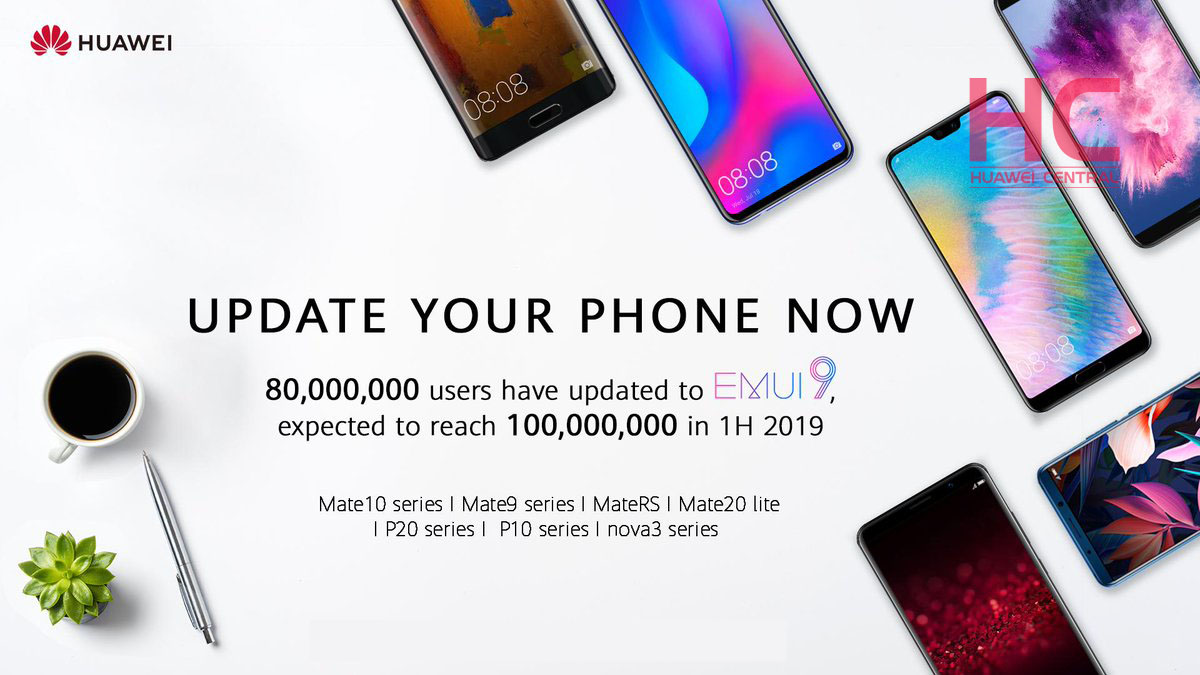 
Huawei introduced EMUI version 9 on top Android 9.0 Pie and built with a whole new design and a new set of functionality to the User interface, as of now 80 million users have updated their smartphones to EMUI 9 and the count is expected to rise this month.

Huawei has just announced, that EMUI 9 has now been installed by 80 million users around the world and this OS is expected to reach 100 million in the first half of 2019.

Moreover, this announcement for only EMUI 9.0 and not the 9.1 and the company has also announced that its availability may vary in different country and region.

Apart from this, there are many of the users who are yet to received this update and still have a long way to roll it out.