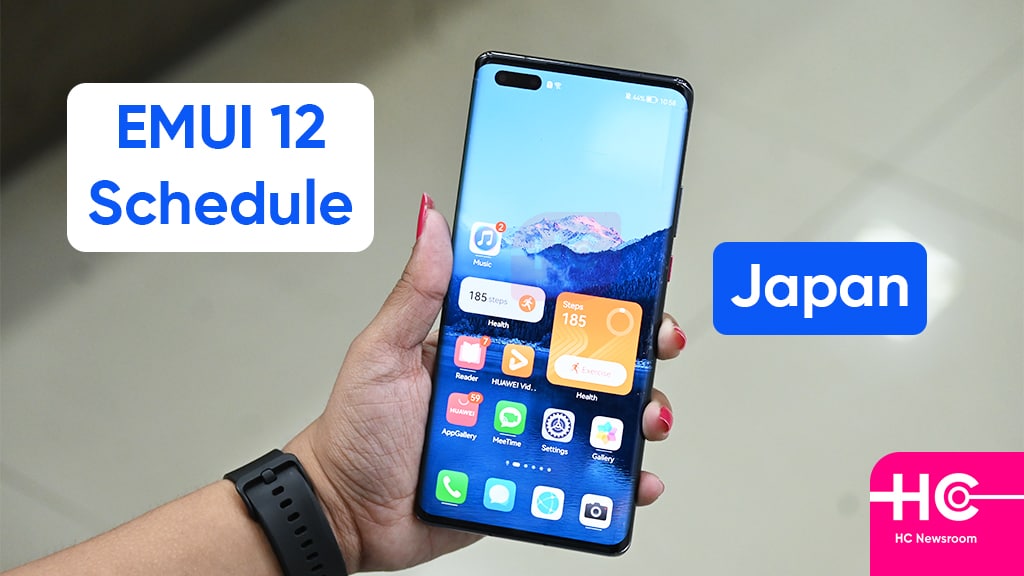 Huawei EMUI 12 software version is mainly introduced for global users instead of HarmonyOS. Yes! Huawei has delayed the global launch of HarmonyOS for time being. Meanwhile, the EMUI 12 is fully inspired by HarmonyOS and ready to deliver a similar experience.

Aside from its home ground, Huawei also shipped a large number of devices in different overseas markets including Japan. So, are you from Japan and waiting to install the latest EMUI 12 major update?

Following the EMUI 12 official schedule, there are a limited number of Huawei smartphones in Japan, which are eligible to upgrade over EMUI 12. However, the company has already started the EMUI 12 rollout for P40 Pro, Mate 30 Pro, and more devices.

Do want to you the EMUI 12 statues of your Huawei device in Japan? Well, you can check the eligible devices along with EMUI 12 rollout dates and current status below. To be mentioned, this article will be updated from time to time with new information.

Update: All of the devices in Japan are completely upgraded with EMUI 12. 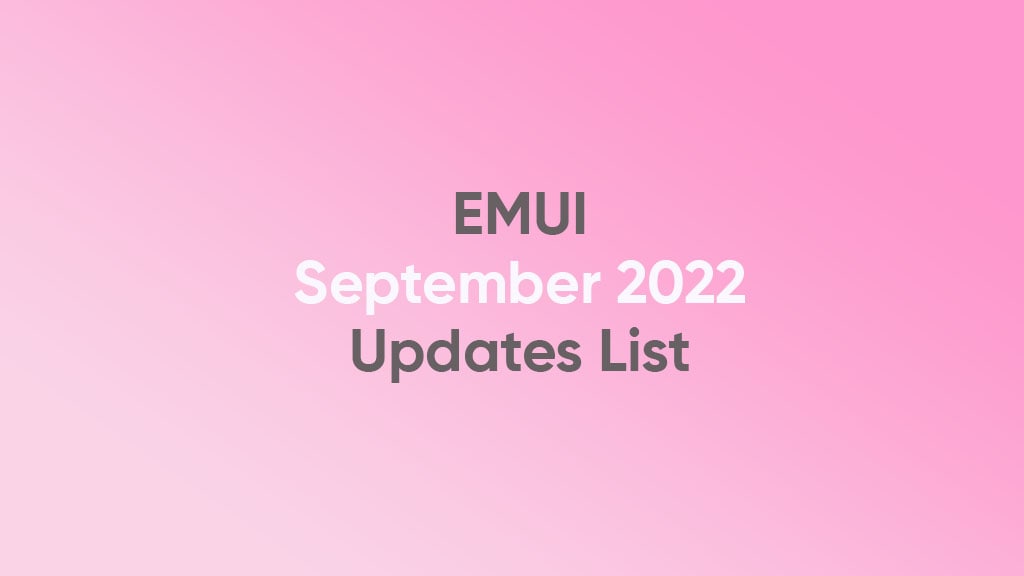 Huawei continues to send new updates for the global smartphones with the latest EMUI versions. Although we’ve entered September 2022, some of the previous generation Huawei phones are still getting last month’s EMUI security updates.

EMUI updates are essential for smartphones, as it brings various bug fixes, system stability improvements, new features, as well as optimizations. On the other hand, the major updates will seed you with all of the latest functionalities that are required to improve the user experience.

Devices such as the Huawei P30 series are getting new security patches running with EMUI 12. Speaking EMUI 12, the company is expanding this software on various models and the rollout is still in progress.

Meanwhile, we’ve also got a confirmation on EMUI 13, yes, the next version of EMUI is about debut but the launch date and rollout plan is yet to be known.

We recommend you keep an eye on the software updates section to check the latest firmware update as it arrives.

This is the September 2022 EMUI updates archive and it’ll give all of the information and insights related to the latest rollouts. 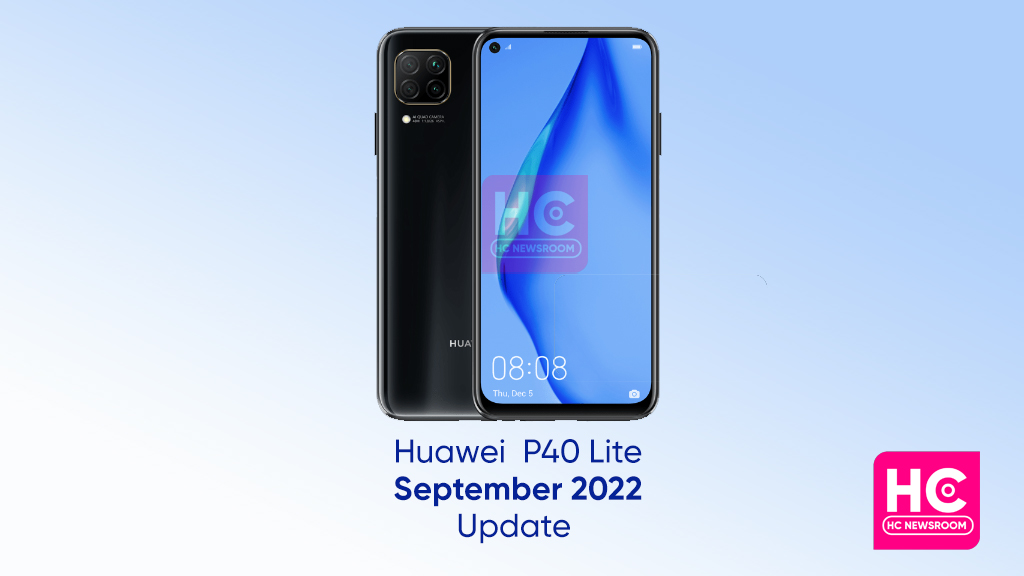 Huawei P40 Lite model is dedicated to providing users with the best ever features experience, and to stick to the words company releases regular updates for the device. However, Huawei recently released the EMUI September 2022 security patch update for the P40 Lite users.

Well, the P40 Lite model of Huawei has a different level of meaning for the feature it offers to the owners. but do your know what your ‘Lite’ model wanna conveyed to you?

Do you know what’s Lite version of the Huawei Phone refers to:

The “Lite” model is used in the retail industry, where it promises to provide equal or even greater enjoyment with fewer unnecessary, often unwanted features has long since become common in the world of mobile devices.

That means it gives you better features compared to another model in the family. So feel lucky yourself to have a Huawei P40 Lite model in your hand and explore the world in it with features and more.

Alongside, update like the recent September 2022 patch can make the device run smoother and enhance the features. Also, it aims to improve your security of your to give you a better and safe user experience.

Meanwhile, the Huawei EMUI September 2022 security patch for the P40 Lite fixes a number of bugs encountered in the previous update. And to give you a new start on your devices with the boosted performance.

Users can identify this latest update through the EMUI 12.0.0.245 (C432E5RP2) build version, which is currently rolling out in the European market. So if you are a Huawei P40 Lite user and there in the respective country, then without wasting time just check for the update through the Setting.

To experience all these changes and improvements in your devices you need to lift approx 226MB of the data to download and install it.

Do you like separate EMUI 12 notification panel and control panel? 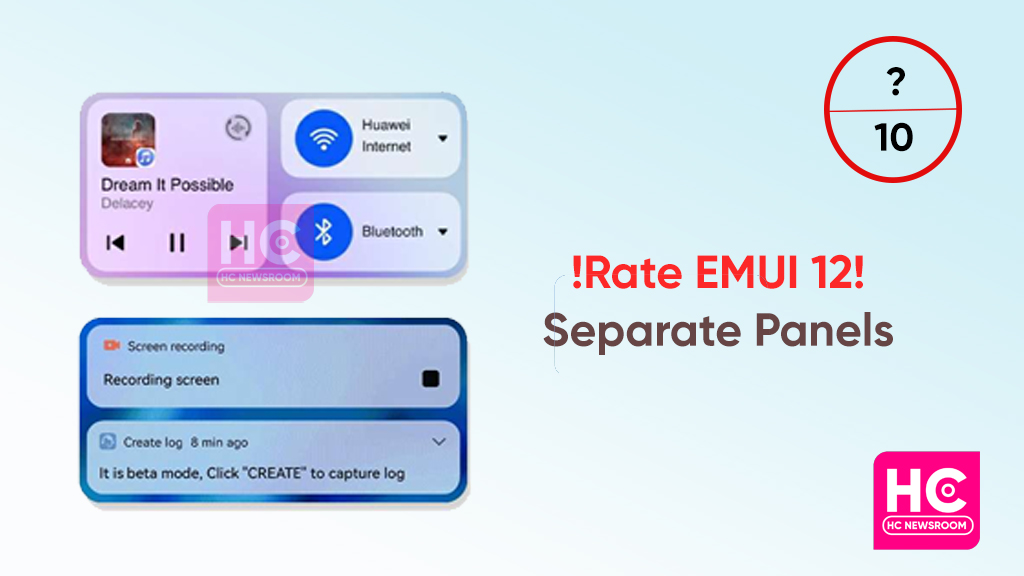 The Huawei EMUI 12 software work to redesign your smartphone in an efficient way, not only in terms of the interface but also in features, optimization, and a new notification panel. And Huawei offers two separate panels one for the notification and another a control panel.

By creating a brand-new notification panel and control panel that is based on an in-depth study on user preferences and psychology. The interface has been split into two independent sections, which improves interactions and makes it easier to tell apart elements.

However, what do you think about a separate Notification panel and control panel in EMUI 12? What does new changes appear?

However, these revamp in the panel brought because Device+ and audio were added to control panels in EMUI 12. In addition to the existing shortcut switches.  And after adding this above-mentioned shortcut, it’s difficult to have notification messages, shortcut switches, and Device+ all displayed onscreen.

To access them alternatively, you may have to slide or scroll the screen. You would probably assume that the pull-down interface is fragmented and difficult given the complexity of those activities. Even locating a shortcut switch would be extremely difficult.

To read alerts or access the control panel, simply swipe down on the left or right sides of the screen, respectively, when the notification panel and control panel are split into two separate displays. Using Device+, it is simple to enable or modify shortcut switches to suit your needs.

Additionally, the audio control panel is also very helpful having to launch and close numerous audio applications. The ability to switch between apps and choose a playback device is greatly facilitated by shortcut switches.

Meanwhile, for all these reasons, I personally think it a good idea to have to separate panel. Since EMUI 12 places such a high value on user intuition, there is also the Device+ function, which makes it possible to collaborate seamlessly across devices.

But it’s all about my opinion, what about yours? How much do you like the idea of a separate EMUI 12 notification and control panel out of 10 on the scale? Just don’t forget to share reviews with us.

Do you like a separate EMUI 12 notification panel and control panel? #huawei