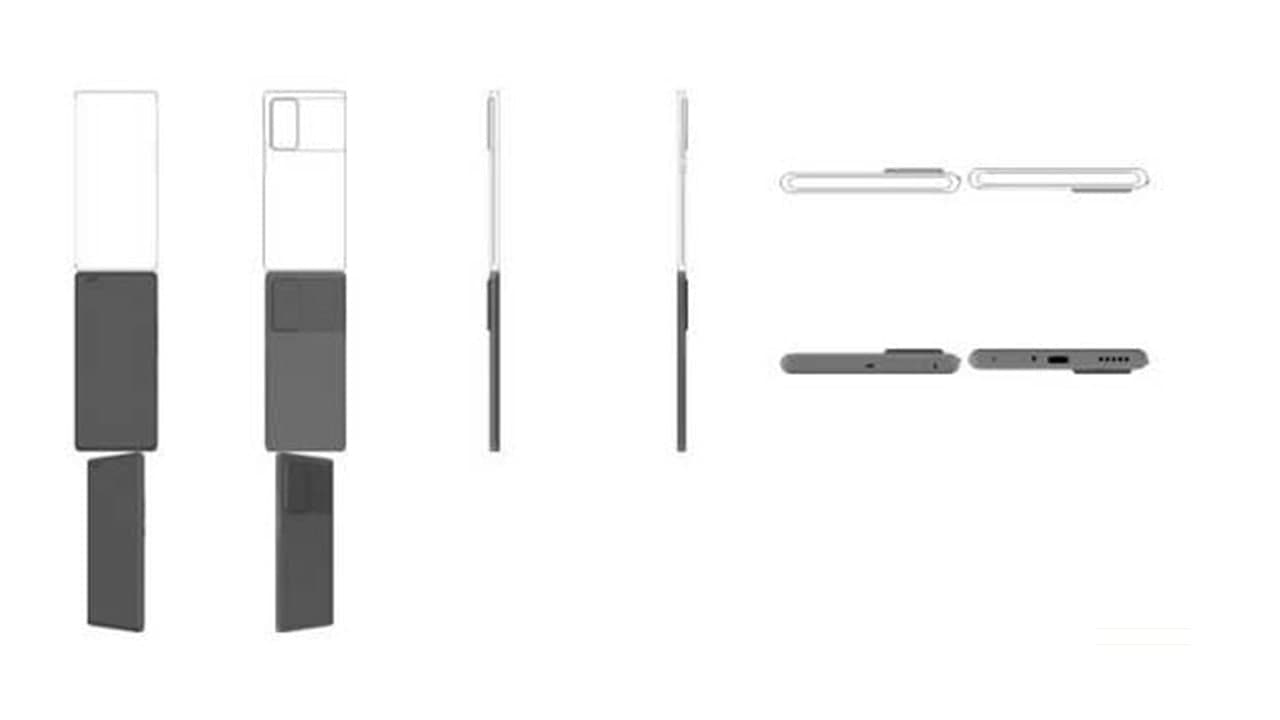 
Huawei has recently published a new patent for two new phones design with publication numbers CN306350871S and CN306350870S. The patent shows the phone’s main display with a full-screen and a big rear camera setup on the rear. Let’s take a look at the design in detail.

The first design patent shows the phone with a full-screen display and an interesting thing to know here is that the screen doesn’t have any opening or notch, which suggests something like an under-screen camera.

On the backside, the phone has a two-color scheme quite similar to the Huawei P30 Pro’s new Mystic Blue and Mysty Lavender color system. It also has a large rectangular camera bump with a quad-camera system.

The second patent has a full-view display on the front with a wide pill-type punch and large curved edges on the left and right sides of the display.

On the bottom side, it features a sim-card tray, USB Type-C port, Speakers. On the top side, there are primary mike and IR blaster. Meanwhile, the device doesn’t seem to include a volume rocker or power button.