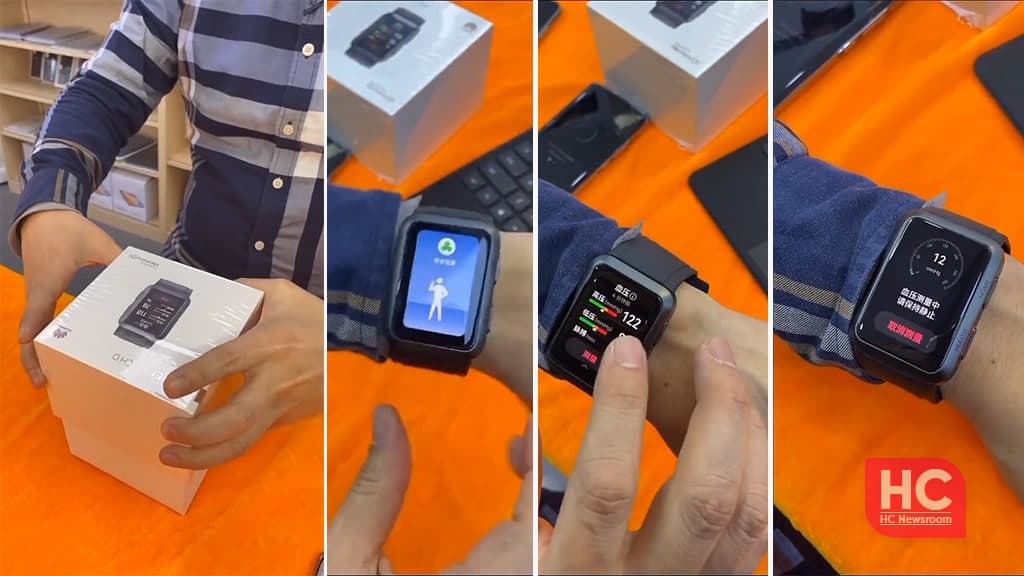 On December 23, 2021, Huawei will launch a range of new products during the flagship launch conference that includes the new Watch D with the blood pressure measurement feature. This Huawei Watch D smartwatch is now spotted in a leaked hands-on video that showcases all its core blood pressure monitoring features. 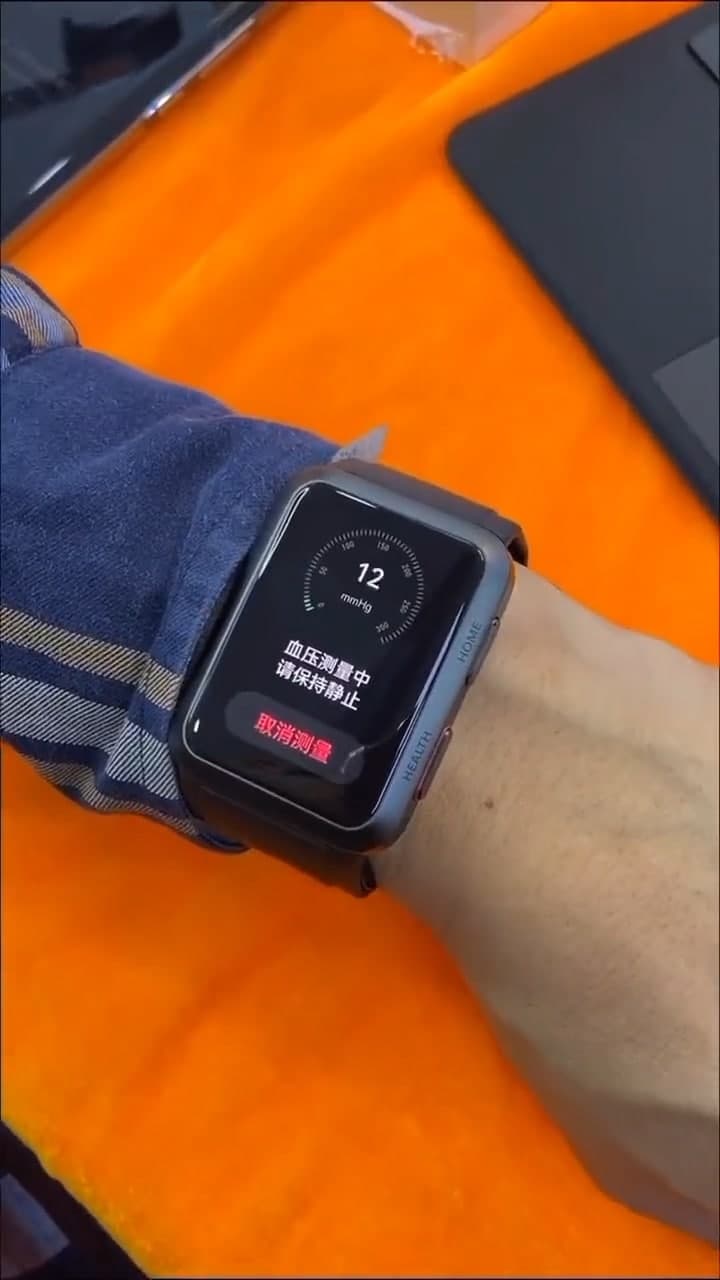 The video also revealed the person wearing the Watch D smartwatch and measuring his blood pressure. To do that, the user needs to put on the smartwatch on the wrist and keep it in position while being straight.

According to the information, the Watch D smartwatch comes with an elegant yet sturdy design. Huawei has confirmed that the Watch D Blood Pressure smartwatch launch will bring a powerful strap with carved lines to provide you with a better wrist grip.

The Watch D has a wide outer bezel frame with a matte black color theme. On the right side, there are two buttons including the “Home” and “Health” key with a red outer sole. Also, the watch has several other sensors on the backside.

The user interface of the watch reveals that the watch features bold pressure levels consisting of:

The Watch can also simulate the real blood pressure measurement process and the data will be more accurate. Furthermore, the watch could detect Blood Pressure levels but also has an electrocardiogram (ECG) and other important health tracking features. 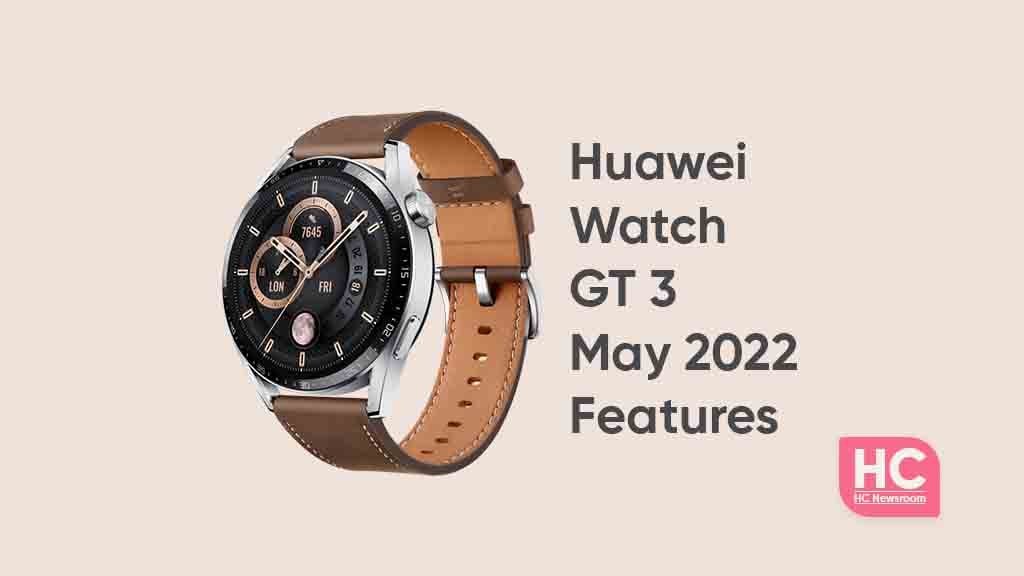 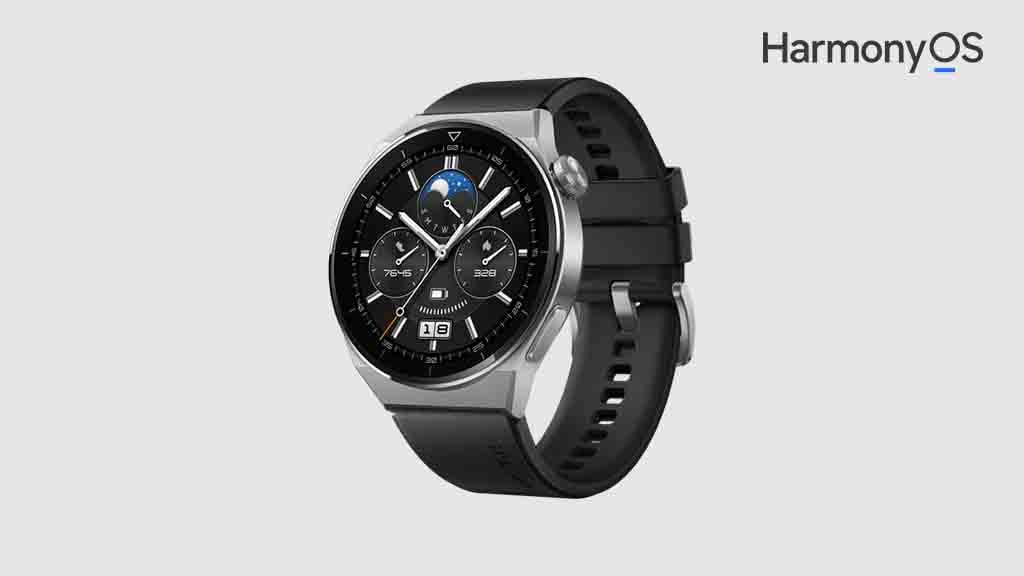 The Huawei Watch GT 3 Pro is available in two models- Titanium edition and Ceramic Edition in the Philippines. The titanium edition features a 1.43-inch display. Whereas, the titanium edition features a 1.32-inch display. The watch has some impressive features which include various modes like professional workout mode, freediving mode, etc. which can help you to stay fit & healthy. On top of this, it can analyze ECG and TruSeen 5.0 + data monitoring technology which shows accurate heart measurement and monitors accurate blood oxygen.

Huawei Watch Fit 2 comes with a 1.74-inch color display with a resolution of 336x 480. The wearable comes with an optical heart rate sensor and 97 workout modes even a built-in animated fitness coach.

It comes with Bluetooth calling functionality which means the user can answer and make calls directly from the watch via an in-built microphone. Huawei claims that the smartwatch can deliver a battery backup for up to 7 days on a single charge.

Stay in tip-top shape with the new #HUAWEIWatchFit2PH, featuring a personal customized running plan, comprehensive workout data and so much more.

The Huawei Watch GT 3 Pro is priced at P16,999 and is available for pre-order. Consumers who’ll order this smartwatch before May 26, will grab a Huawei FreeBuds 4i and Huawei Strap worth P5,598 for free.

Whereas, the Huawei Watch Fit 2 is priced at P6,499 and is available for pre-order. On purchasing the smartwatch before June 30, the users will get a Huawei Scale 3 worth P1,399 for absolutely free. 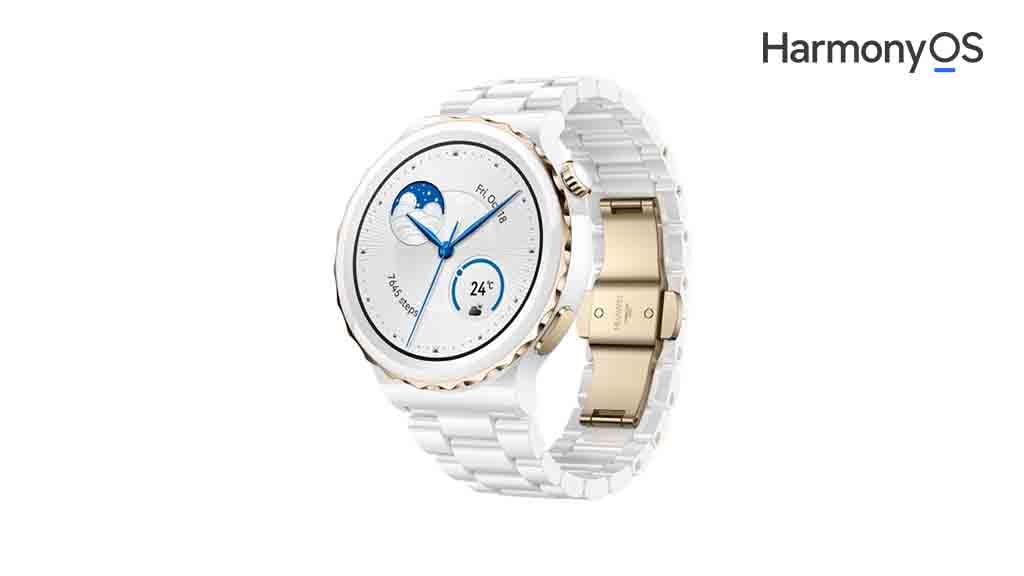 The Huawei Watch GT 3 Pro is available in two models, Titanium edition and Ceramic Edition. Both of them are eye-catching and yet each has its significance and unique design that will leave a classy impact on your wrist.

Talking the first of the two Huawei Watch GT 3 Pro Titanium Edition, it features a 1.43-inch AMOLED HD display with a 466x 466 HD resolution. This smartwatch delivers 14 days of battery life or 8 in severe usage conditions.

Whereas, Huawei Watch GT 3 Pro Ceramic Edition is equipped with a 1.32-inch AMOLED HD colored display with 466×466 HD resolution, which will give an amazing visual quality. It delivers 7 days of battery life or 4 depending on the use case. Users will also get Freebuds lipstick and Band 6 Black while pre-ordering the ceramic version. 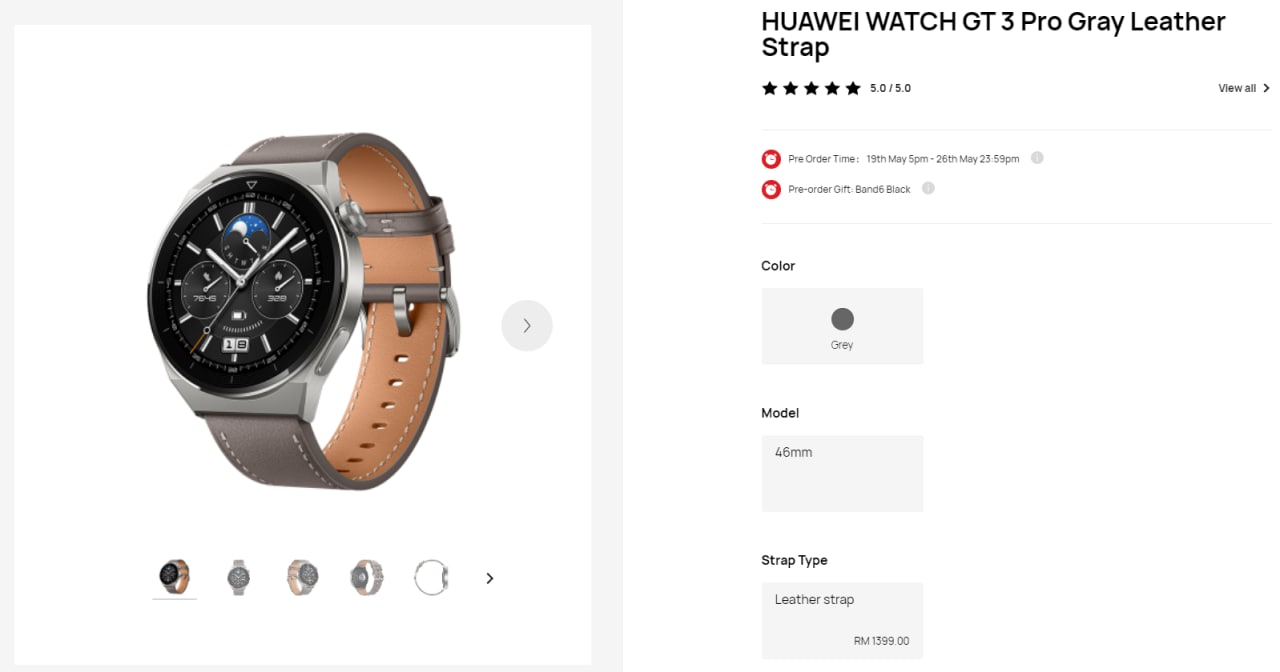 Not only the watch looks good but its features are even more high-toned. Talking about the features it has TruSeen 5.0+ data monitoring technology that can provide exact heart rate measurements to monitor blood oxygen.

The all-new Watch GT 3 Pro will contribute its best to maintain your fitness as it is equipped with professional workout mode, freediving mode, and 100 other modes which will give you a personalized exercise experience and help you to burn more calories. A smart running plan is also one of the features of this smartwatch and Dual-Band Five-system GNSS for more accurate location data which helps you to go the extra mile.

Both the models are not only restricted to rated for IP68 water and dust resistance, but they can bear combat water depths of up to 30 meters. After 200 rounds of water pressure testing, it meets engineering standard EN13319.