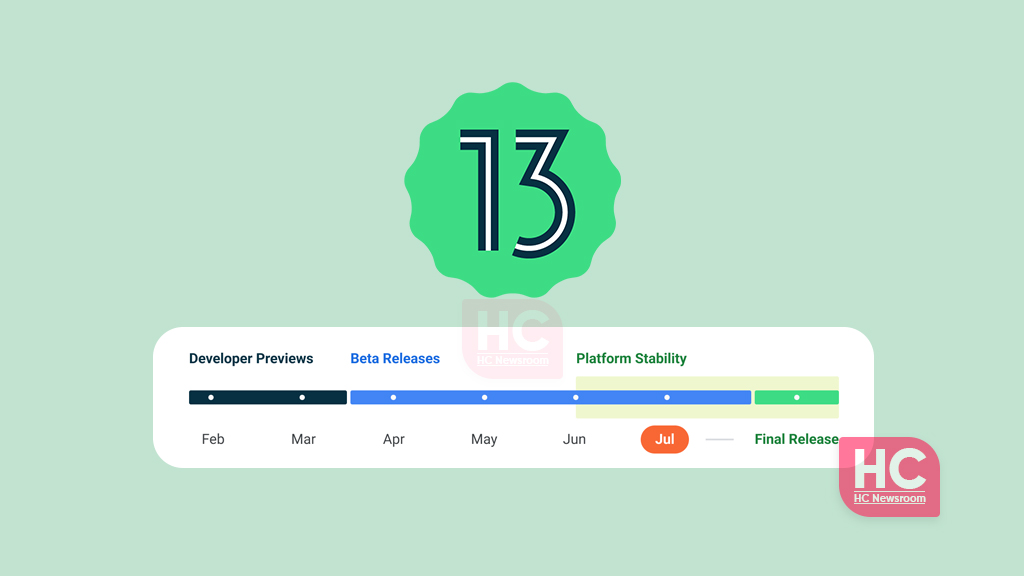 Today, Google has officially confirmed that Android 13 is about to launch. The announcement came via the official developer blog simultaneously rolling out Android 13 beta, the final beta OTA ahead of a stable release.

Currently, Google has not confirmed the exact date of the Android 13 launch but we can stay assured that the forthcoming could be in the coming weeks. So, if you have an eligible Android 13 device, you can wait for it patiently as this new Android operating system version prepares for the final release.

Soon after the launch, the stable Android 13 will start to make its way in phones such as Samsung, Xiaomi, Oppo, Vivo, OnePlus, and more. However, the rollout time may vary depending on the custom user interface that these vendors bring including One UI, MIUI, ColorOS, OxygenOS, and so on.

Aside from these variations in rollout time, Google’s green flag with the Android 13 launch will mark the start of this major Android version carnival.

Android 13 has major changes in the core and traditional features for the consumers, for instance, the copy and paste user interface has received some major changes. It could now confirm the content copy and brings you a preview of the content that was copied on the clipboard, which is a super convenient feature improvement over the past versions of Android.

Next comes the dynamic icons, Android 12 introduced the Material You design system into the Android ecosystem. As an advancement, Android 13 further expands the dynamic theme to the app icons to match the color palette, which enhances the overall UI user experience.

Android 13 also focuses on system and security aspects. Furthermore, there’s an easy-to-use and most effective feature called – per-app language coming with this release.

That’s not it, Android 13 has a separate set of support for large screen devices including the taskbar, multi-window mode, improved compatibility, media projection, and camera preview. these aspects will help large-screen devices such as tablets to perform better for all of Android users.