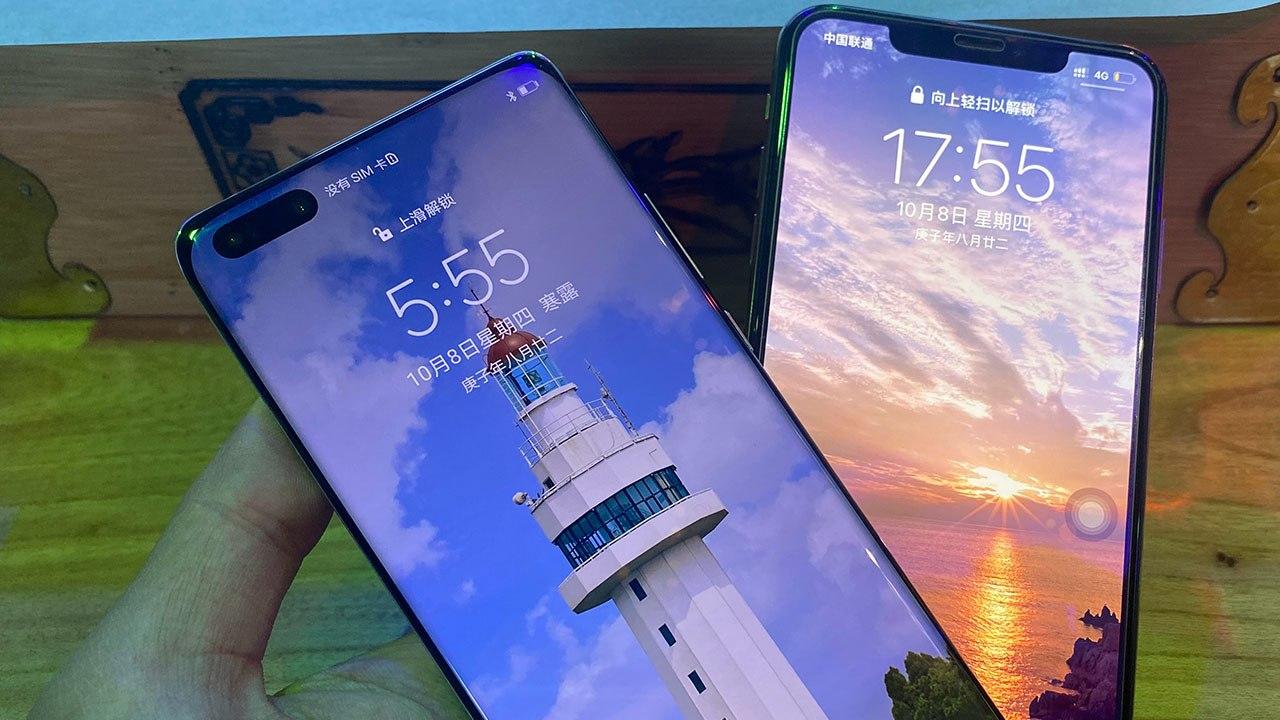 
Huawei Mate 40 series is expected will launch very soon and the company is likely to unveil this flagship in four variants. Regarding this matter, Huawei Mate 40 is now allegedly leaked in a live image alongside its U.S. competitor.

The live image is coming from Weibo and claimed to show the Huawei Mate 40 device alongside the upcoming iPhone 12 that will launch on October 13. According to the image, Huawei Mate 40 comes with a curved edge display with a notable wide pill type punch-hole design. 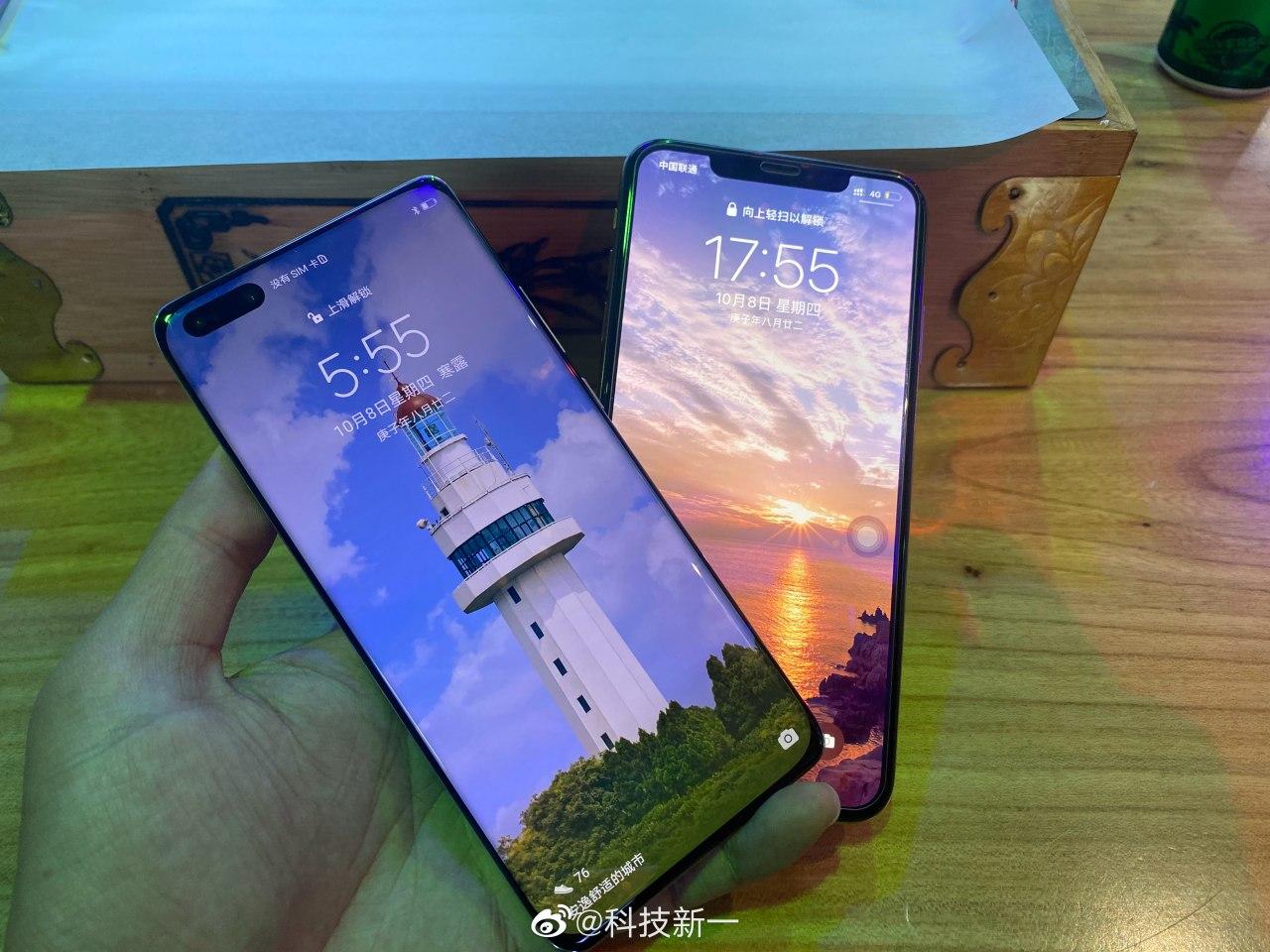 The cutout seems even wider than the Huawei P40 Pro and there are two cameras placed inside the camera setup. The frame of the phone has volume adjustment keys on the right alongside a power button.

Currently, it’s not confirmed whether this is the Huawei Mate 40 or the Pro version but it looks very similar to the Huawei P40 Pro. However, the screen seems a bit wider than P40 Pro.

The previous report suggests that the Huawei Mate 40 series will be equipped with 5nm Kirin 9000 processor, new camera technology, a fast 66W charger, EMUI 11, and more.