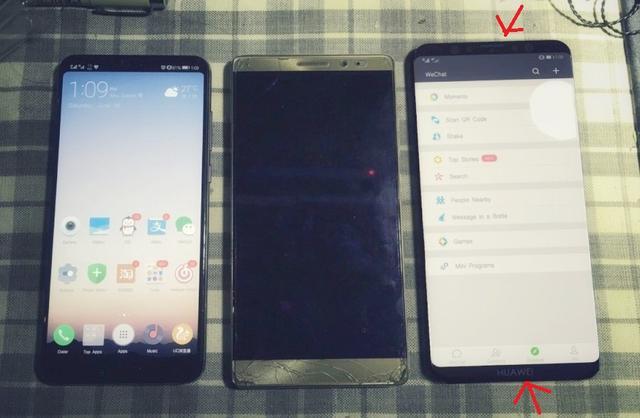 
Huawei is playing big, because it’s next flagship is also gonna be big, this new flagship device could feature 6.9-inch display supplied from Samsung, recently a device appeared online alleged to be Mate 20 with a similar size of a display.

The new phone that appeared in these leaked images below, could feature Huawei’s upcoming Kirin 980 SoC and a 6.9 inch Super AMOLED OLED curved edge display with 18:9 ratio. The screen goes borderless and occupies more than 93% of the display excluding any notch system.

The Kirin 980 SoC is currently in development and reported to be powered by TSMC’s 7nm manufacturing process, back in April 2018 a device with Mate 20 name also appeared in Antutu benchmark database hinting that a new mate device is in work.

With all these things, Huawei is taking a huge step towards an experiment by leaping from 5.9 and the 6-inch display’s to 6.9 tab size display, there’s no official statement on this device out yet but the source expected that the Mate 20 could be launched in October 2018. Mate 8 in the middle Mate 20 (alleged) on Right Triple Leica on the Back and Dual Leica on front