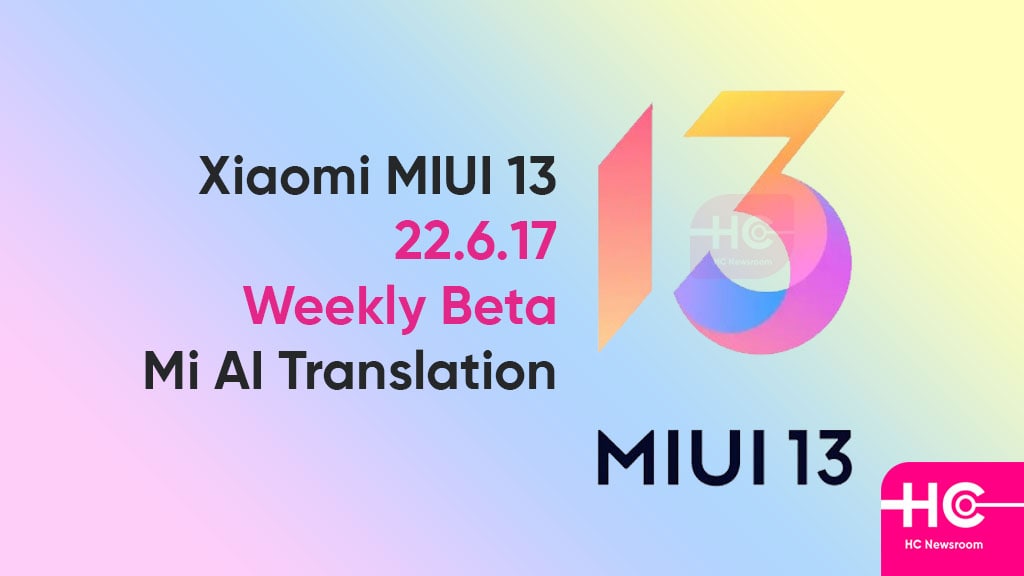 Xiaomi has unveiled the MIUI 13 22.6.17 weekly beta update for its users. Unlike other beta updates, this pack does not hold a bunch of new features with it. However, something interesting is surely landing on the device surface with this update.

The MIUI 13 22.6.17 beta update introduces a re-structured Mi AI Translation feature. When I say re-structured, it hints at some notable variations in the feature. Moreover, it gained fixes for a few of the issues in devices.

To those who are unfamiliar, the Mi AI Translation feature is one of the thoughtful creations of Xiaomi. Consequently, the function supports 34 languages and adds subtitles to the context with a customizable compact window on the screen.

It recognizes subtitles in real-time by using interpretation technology. As a result, users can translate any content, anytime, and anywhere in a quick manner. It is applicable for Videos, Online Meets, Voice Calls, and other work-related activities.

As mentioned, there are some significant changes for Mi AI translation with this beta rollout. The new Mi AI interface now offers a redesigned floating window. This window supports the word search function as well as voice translation. It also enables the user to hide it when not in need.

On the flip side, the update also implements qualified Chinese-English and English-Chinese dictionary definitions. With better human pronunciation, bilingual example sentences, word inflections, and more, the feature becomes much better than before.

Currently, the function is in the beta stage. Although, after a stable outcome, soon the company will introduce the feature to the general consumers.