Last week, Huawei has been banned in the US, and later on, Google and other tech companies also loosen their ties with the Chinese telecom giant. Today, a new report claims that Huawei has been given temporary relief from this ban to serve its existing customers in the region.

According to Reuters, The US Government has temporarily eased trade restrictions imposed last week on Huawei, to minimize disruption for its existing customers.

“The US Commerce Department will allow Huawei to purchase American goods in order to maintain its existing networks and provide software update solution to existing Huawei handsets.”

It was recently reported that the US is considering to roll back some of its ban from Huawei, that nearly made impossible for the Chinese telecom giant to serve its existing customers.

Although, Huawei is still prohibited from buying America-made parts and components to produce new products without license approval in the US that will surely be denied.

In contrast, the US government said it posted these restrictions because of Huawei’s involvement in activities contrary to national security or foreign policy interest.

The timeline of this temporary license will end on August 19, and Huawei’s supply chain will immediately receive changes according to new sanctions.

“The goal seems to be to prevent internet, computer and cell phone systems from crashing,” said Washington lawyer Kevin Wolf, a former Commerce Department official. “This is not a capitulation. This is housekeeping.”

At last, the US Commerce Department said it will discuss whether to extend this trial period beyond 90 days.

Well, for now, it’s better than nothing for Huawei and the company has already said it was already prepared and expecting this action from the US.

Breaking: Huawei can continue sending EMUI software updates to its devices for at least 90 days

Here are some more details on Huawei’s future OS 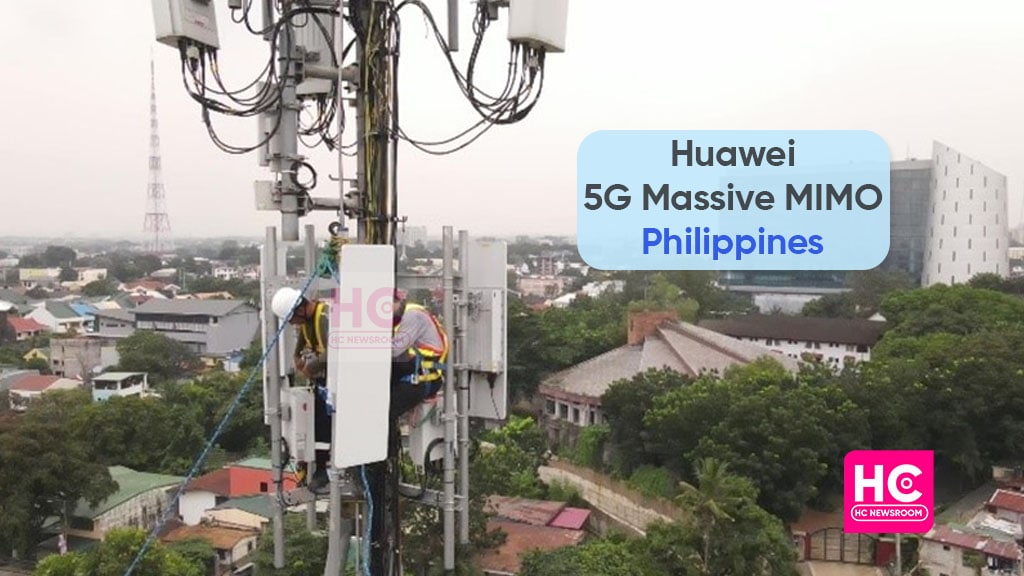 Huawei has decided to commercially deploy the third-generation 5G Massive MIMO in the global markets. And, to begin with, the company has initiated the assembling procedure of the product from the Philippines region.

According to the latest information, the Huawei 5G Massive MIMO is capable of achieving the best performance with the lowest power consumption. Further, it involves several advanced and new-generation innovative technologies for managing operations.

For instance, ultra-wideband, multi-antenna, and extremely large antennas. Together, these components improve spectral as well as energy efficiency. Besides, it also aids the industrialists to maintain green, simplified and high-end 5G networks.

So far, the Philippines has been constructing the 5G infrastructure for three years. On the flip side, it executed several Massive MIMO products to continuously deliver 5G facilities among users as well as maintain the 4G demands.

However, in the recent few years, the 5G techniques have overtaken the network spectrum. And the latest MIMO product can face all the hurdles to meet the required network development. The proof is the download and upload speeds which are 35% more than the normal network solutions.

Moreover, it enlarges the coverage area of the network by 30 percent. Eventually, it surrounds the large inter-site distances that other technologies usually don’t.

“Ultra-wideband, multi-antenna, and extremely large antenna arrays are important innovations for improving coverage and reducing energy consumption. We believe that continuously improving the utilization of air interface resources will be conducive to the sustainable development of the communications industry in the Philippines.”

Huawei has begun its work in the respective network field and will keep adding unique and thoughtful techniques. Consequently, we will soon be able to see new and high-tech network benefits in every corner of the world. 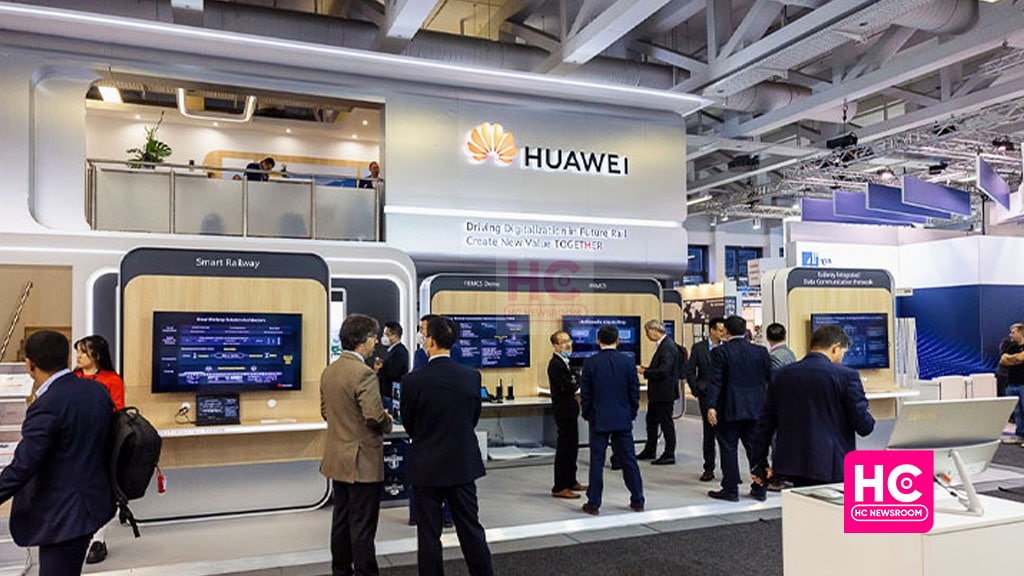 Huawei has introduced the Future Railway Mobile Communication System (FRMCS) digital solution in Berlin. Ultimately, this solution is the result of great research and hard work of the Chinese tech giant in the railway industry for more than two decades.

The Chinese manufacturer launched the FRMCS digital solution at the 9th Huawei Global Rail Summit in Berlin, Germany. Thousands of committee members and reputed officials of the company attended the event to see the dynamic debut of the respective solution.

Thoughts like what is this solution and how is it beneficial would be running in your minds. Let’s simply understand this. Over the past few years, the demand for smart and intelligent railway mechanisms has touched new heights.

Individuals are expecting transformed and improved railway operations that ensure better safety and advanced services. Consequently, the Huawei FRMCS solution is a vital technology that will fulfill all the requirements, needed in the current scenario. 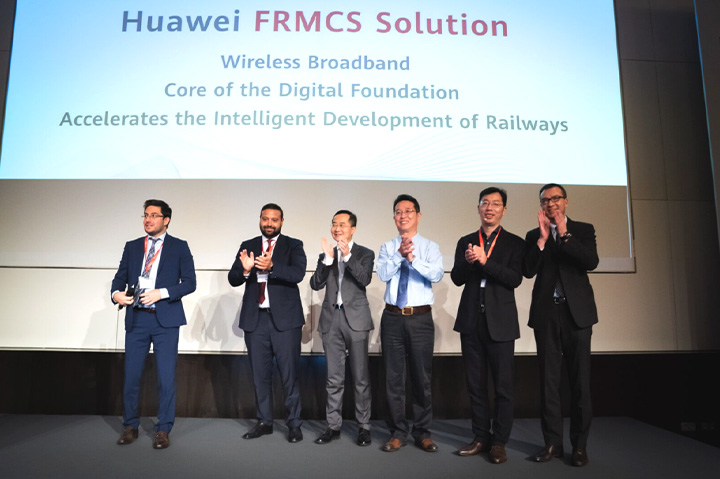 The new solution relies upon the 8T8R Smart MIMO technology that enables the coverage of 1900MHz. On the other hand, it works for three crucial factors: network elements, reliable services, and interconnection mediums. Thus, with this solution, the railway sectors would be able to bring durable communication conditions.

The President of Huawei Enterprises Wireless Domain delivered a short speech on how this solution will add more digitization:

“The railway industry is now in a critical period of digital transformation. When the requirements for train-to-ground wireless communication systems are already higher than ever before. Huawei FRMCS can meet these requirements by integrating Huawei’s 4G and 5G technologies. It can help railway customers build high-reliability, high-bandwidth, future-oriented train-to-ground wireless broadband networks that are safe, reliable, converged, simplified, and capable of long-term evolution.”

To summarize, the FRMCS solution will be a huge aid in the wireless digital foundation of smart railways. 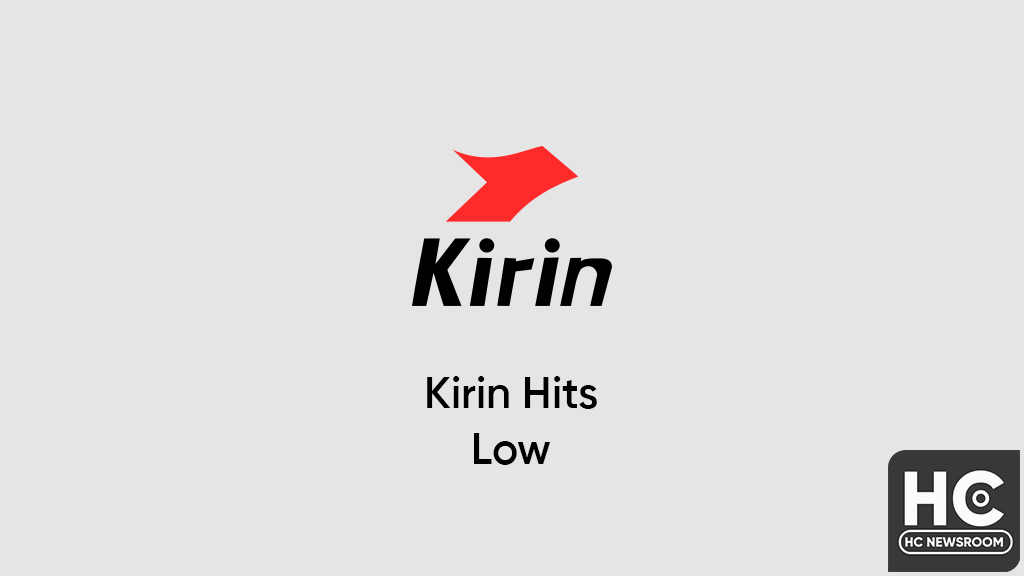 American chipset maker – MediaTek has topped the list with 39 percent of the market share. The chipset maker has used the power of its low-mid range chipset that helped the company to gather new shares in the mobile application processor segment.

Meanwhile, Qualcomm comes with 29 percent of the market share and maintained its position in the premium chipset segment. But there’s a flip side, due to the sale of high-end chipsets, Qualcomm has achieved a 44 percent share in terms of AP shipment revenue in Q2 2022.

The baseband chipset support for Qualcomm has been boasted by iPhone 14 series, as Apple intends to further get the new network chipset from the company.

HiSilicon has been known for the shipment of Kirin chipsets and they were largely used in Huawei devices only. With the implication of the new U.S. ban, the company has been banned from accessing new chipset printing permission via Taiwan Semiconductor Manufacturing Company (TSMC).

The chipset was printed via TSMC was Kirin 9000 with a 5nm process. After the ban, Huawei stockpiled Kirin 9000 chips and used them on several phones but the chipset inventory has been running out and the Chinese tech maker has already started using Qualcomm’s processors for all of the smartphone releases.

So, you can expect that the record low is the result of the past scenarios that happen with Huawei and caused Kirin chipset production in a negative manner.