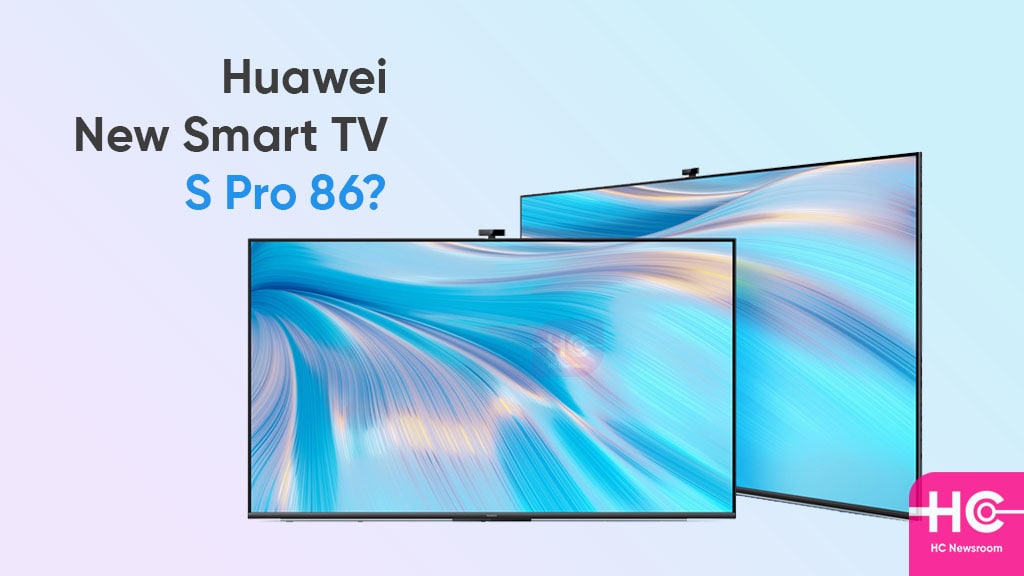 Huawei is speedily working on some new hardware products that will soon take place in the smart gadgets market. Meanwhile, some new reports from the midst of techs state that Huawei could soon unveil a new Smart TV as Huawei S Pro 86.

According to the latest information, Huawei has recently entered and passed the 3C certification for numerous device models. Alternatively, some smart screen products equally participated in these 3C listings.

On the other hand, the well-known digital blogger @kanshan’s uncle hints that this new product of Huawei could be the long-awaited S Pro 86 smart screen. Ahead, the observer reveals that the new 3C-certified product carries the model number HD86KEPA and has a codename – Kepler. 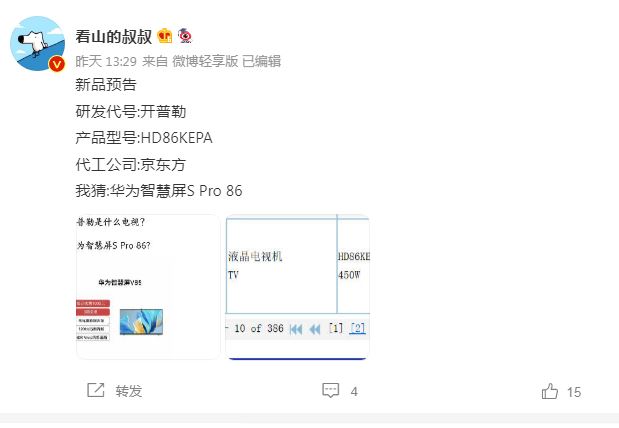 Apart from the expected Huawei S Pro 86 TV, two more models occupy a space in the 3C listing. So far, these models carry the build number HD55AJMA and HD65AJMA. These models could exhibit a 55-inch and a 65-inch display layout respectively.

Further, these models are manufactured by TPV (AOC) and consume the power of only 131/160W. Thus, we could assume that the next smart screen gadgets will turn out to be more reliable than previous generation gadgets.

Huawei has come a long way in the smart screen matter. In the year 2020, the Chinese manufacturer unveiled the dynamic S series of the smart TV. These series included the S55, S65, S Pro 65, S75, and S Pro 75. Alongside, Huawei introduced the Whole House Smart product at the launch event.

Thereafter, the company started working on the V series of the smart screen that came to life in April 2022. Consequently, the series included the V65 Pro and V75 Pro. While Huawei smart screen V65 Pro costs 10,999 yuan, the V75 Pro held the price tag of 15,999 yuan. 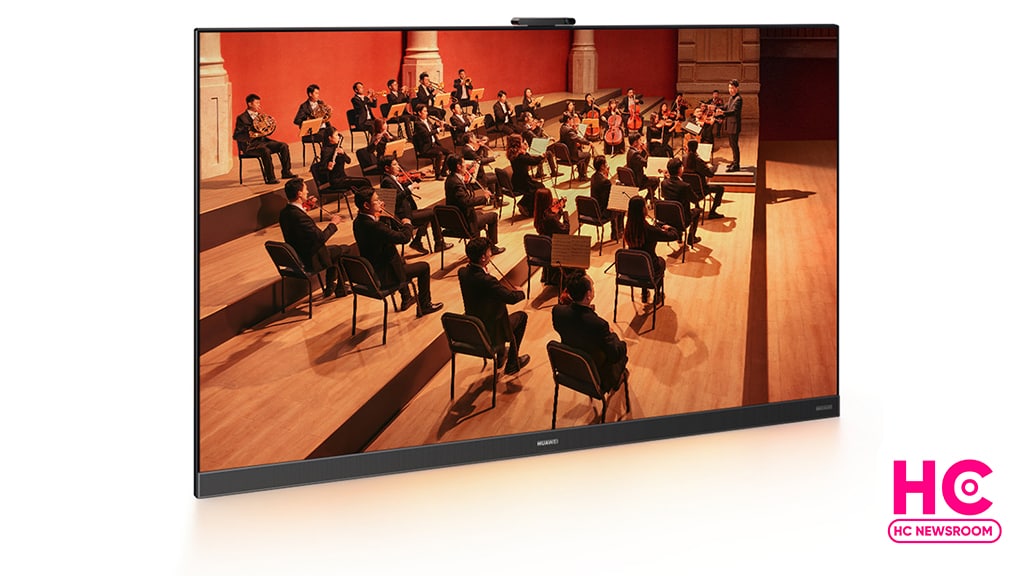 A new Huawei Smart Screen V 2022 smart TV is coming on November 2 and it will be packed with a number of new features as well as better picture quality.

It’s likely that the upcoming Huawei Smart Screen V 2022 models will be inducted as V65 and V75, these TVs will be powered by an octa-core chipset and the performance will be improved. 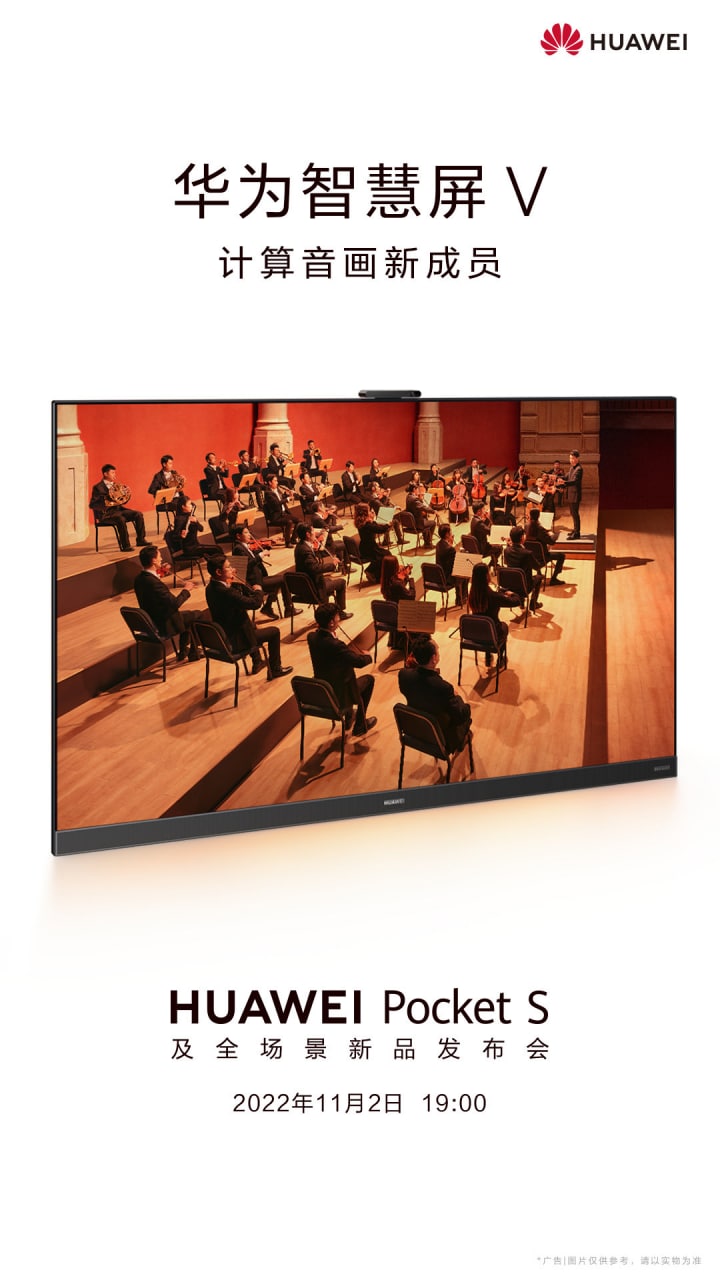 Additionally, Huawei Smart Screen V65 and V75 2022 models will use 50 and 60 partition backlights, and support HDMI 2.1, HarmonyOS 3.0, and Compute Quality 2.0. On the other hand, the new smart screen will use a 6-unit three-way audio system with a power of 50W.

Aside from this smart TV, Huawei also has other important devices to launch on November 2 including the new Pocket S foldable phone, Watch GT Cyber, and MateStation X 2022. However, there’s a lot more that we need to know about this upcoming smart TV. 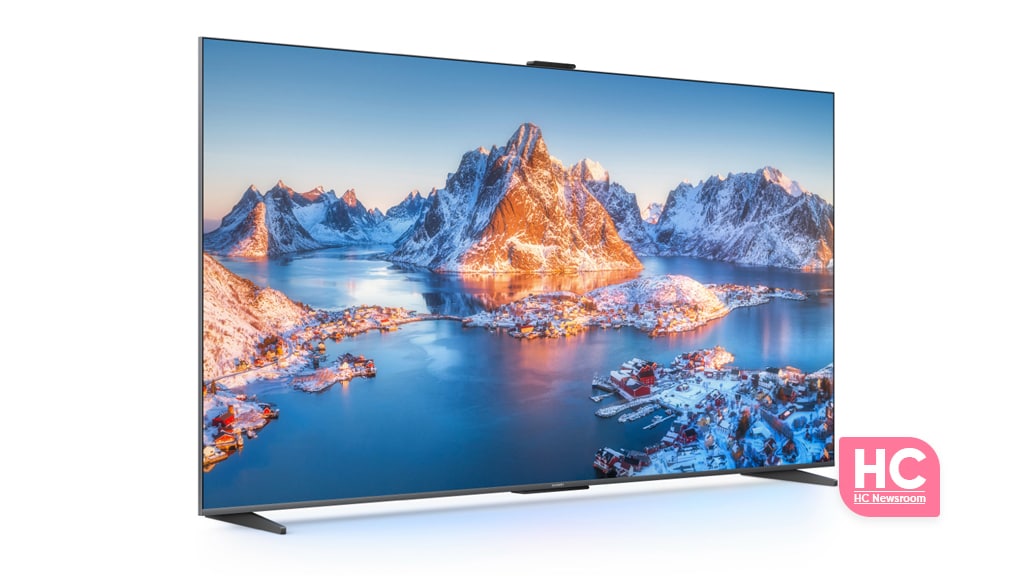 Huawei has launched a bunch of devices, these device includes an ultra large smart TV – S86 Pro featuring HarmonyOS 3.0 operating system. This super large 86-inch display TV has an AG anti-glare screen, which converts strong specular reflection into soft diffuse reflection through the AG material on the surface, reducing the interface of ambient light on the viewing screen.

This mega TV has Huawei’s own Honghu image quality engine, it also has Sharp and Smooth Technology (MEMC), which improves the fluency of the display through multi-frame compensation.

Huawei S86 Pro is launched with two tweeters with horn-type patented speakers and four 10W full-range units. In terms of bass performance, it has a large 1.6L sound cavity and 75Hz low-frequency dive. You can also connect the S86 Pro wirelessly network with 4 Sound X speakers to achieve an immersive 5.1 distributed home theater.

To be mentioned, this super large display runs with HarmonyOS 3.0 operating system and closely collaborates with the HarmonyOS smartphone, such as sharing and controlling all of the smartphone ecosystems from the smart TV in real-time.

Huawei S86 Pro Smart TV is priced at 13999 yuan. Other than this, Huawei has also launched three other models – S55, S65, and S75 equipped with a quad-core process and 3GB RAM + 32GB internal storage. These devices are priced at 3,299 yuan, and 4,299 yuan respectively for the first two models, while the price for the S75 version is yet to be announced. 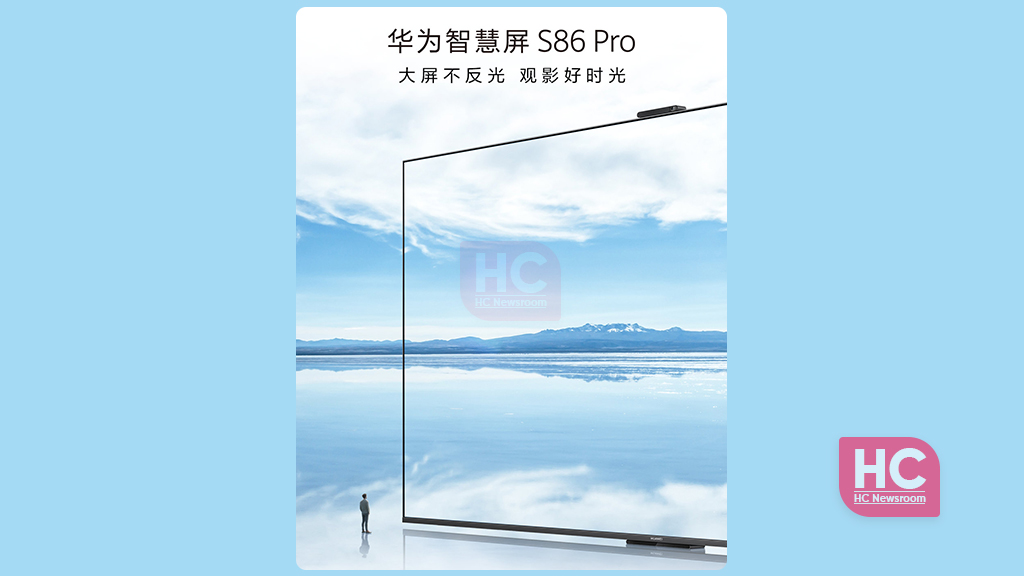 According to the information, Huawei Vision S86 Pro smart TV supports AG anti-glare and uses a top-mounted camera, and the bezel is too low. Other than this, Huawei has also confirmed to launch a new tablet – MatePad Pro 11, new FreeBuds Pro 2 earbuds, and MateBook X Pro.

Check the full teaser image below and to know more about the leaked details please visit our detailed article linked below. 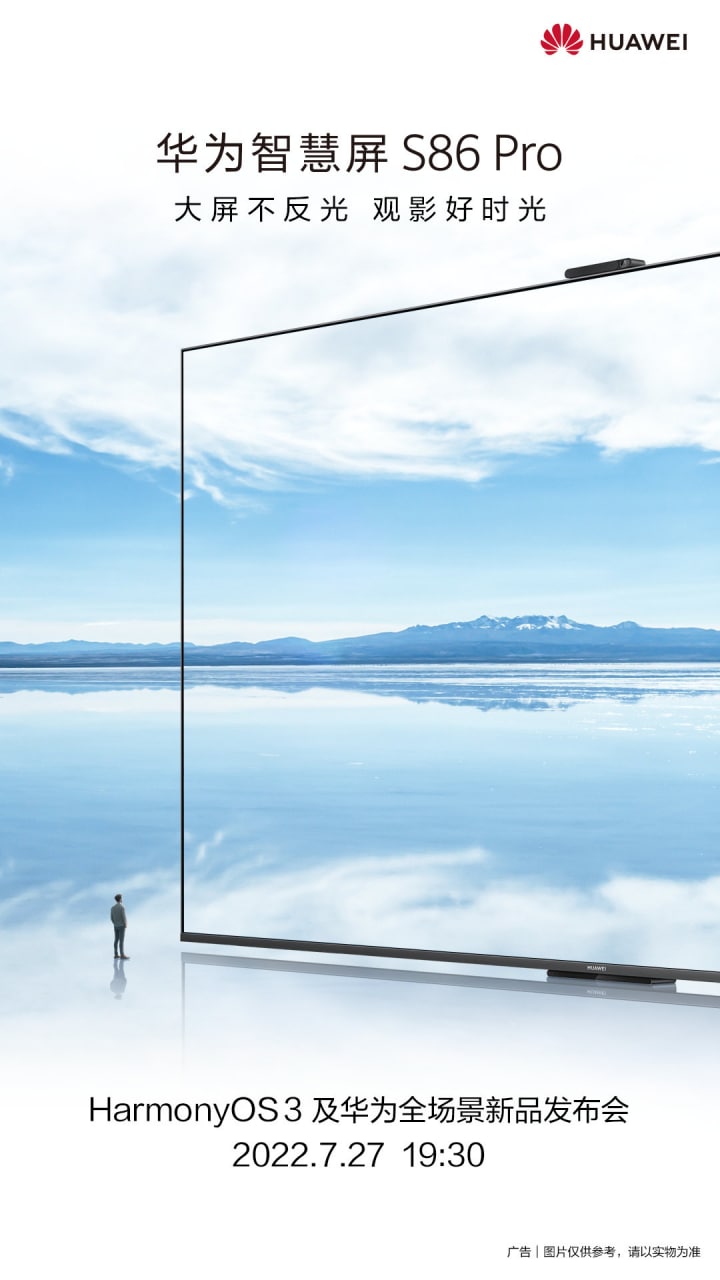