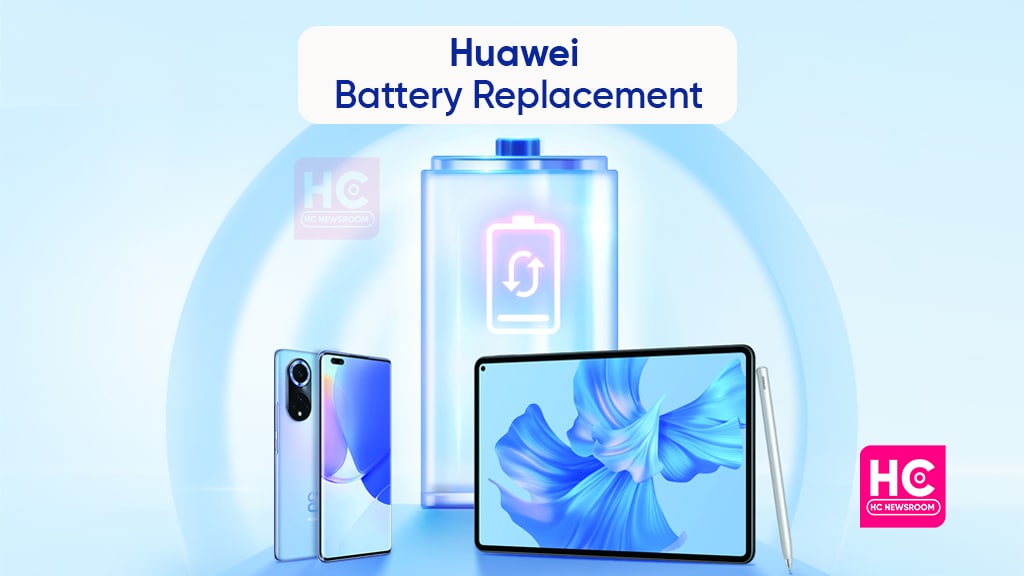 Huawei Arabia is back with some exciting deals and discounts, but this time for battery replacement services. Yes, now you can replace your smartphone’s battery with an amazingly low price of AED 39.

Surprisingly, the Huawei Arabia deal is not only specific to battery replacement but brings several other alternatives for your device. In other words, you have a great opportunity to give a new life to your smart gadget.

This reflective offer began on November 1 onwards and will last till December 31, 2022. During this timeline, Huawei Arabia consumers can visit the nearest Huawei Offline Service Center to get benefits from this offer.

As mentioned, the deal is appearing on the stage with several eye-catching advantages for users. Consequently, the deal is categorized into three major parts. This comprises the Mega sale, Platinum Service, and Huawei Care facilities.

The enormous services deal begins with the Mega Offer Series. Eventually, the main focus of this offer is on favorable price, quality assurance, and additional 90 days warranty. This offer consists of the following services:

You can check the eligible models and their price details HERE. 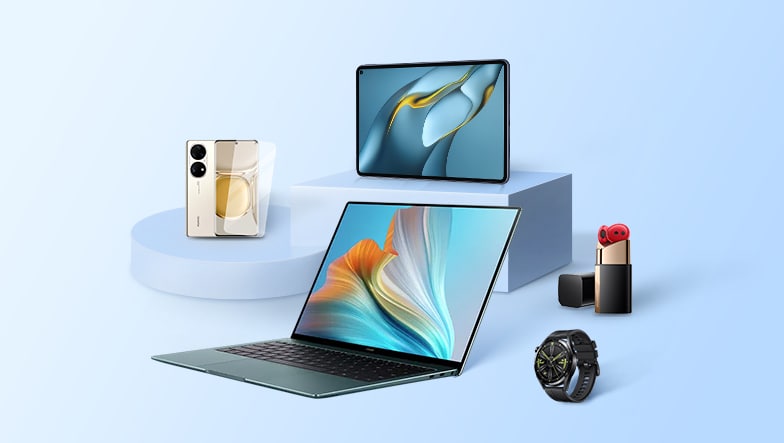 The offer particularly contains benefits for the Mate Xs 2. As a result, you can enjoy exclusive benefits on your respective foldable phone. Users can check the extraordinary services, below:

In addition to the above-mentioned services, Huawei Care is holding some more offers for your devices. The service list includes the following aspects

This month’s Huawei Service Day is up in Columbia 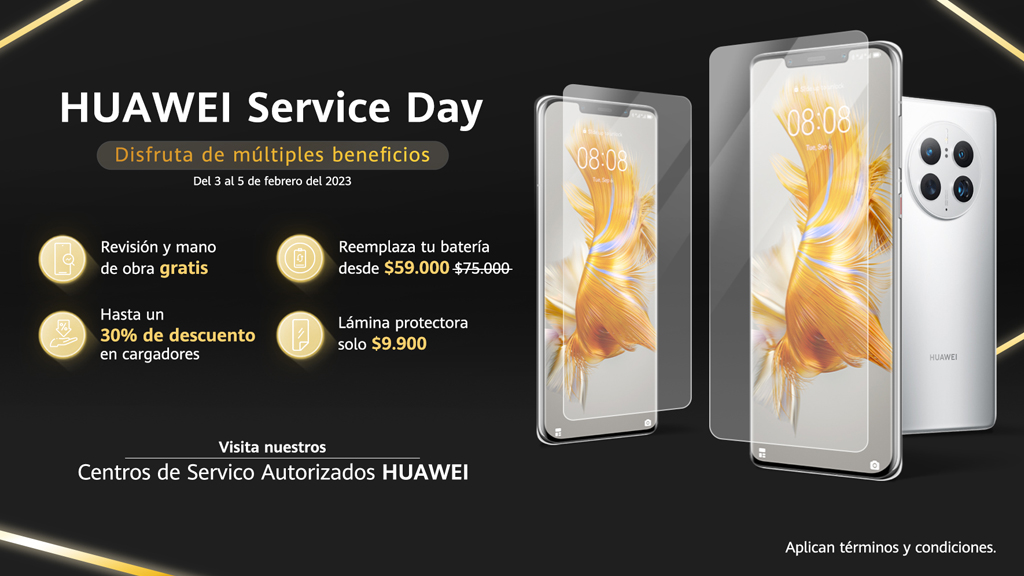 This month’s Huawei Service Day opened in Columbia for consumers who want to grab the amazing offers in repair services and parts replacement. According to the information, Huawei Service Day in Columbia is can visit service centers on the first Friday, Saturday, and Sunday of each month to get the following benefits:

Below you can check the smartphones, computers, tablets, wearables, earbuds, and monitors for this offer.

Ahead of P60, Huawei P50 series gets heavy discount 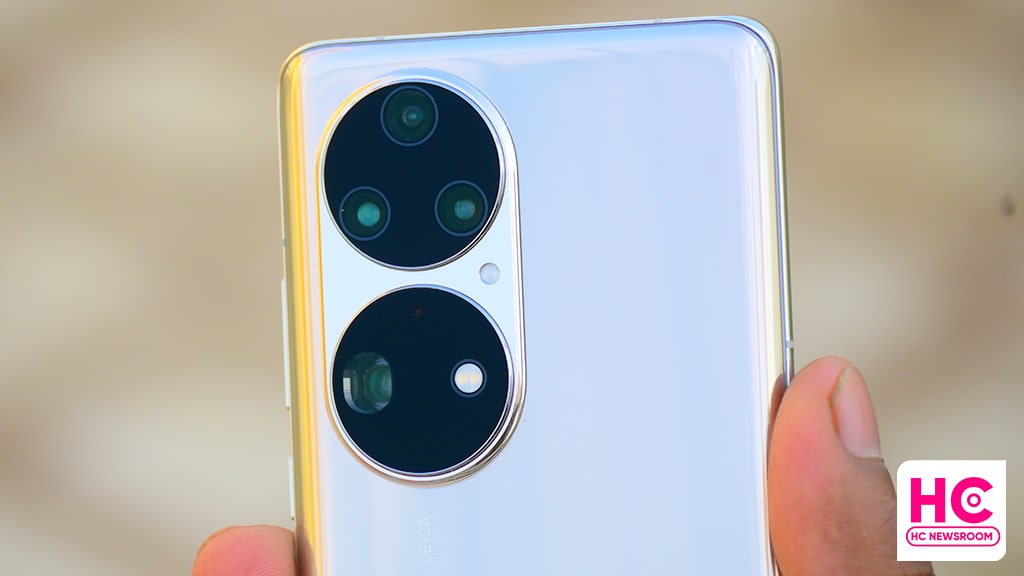 Huawei is preparing to launch the P60 series and ahead of that, the company giving away a big discount on the P50 series including the flip-style P50 Pocket.

According to the price drop information, the Huawei P50 series has received a price cut on Vmall with a maximum of 1000 yuan ($144) in reduction.

According to the information, these two models come with pre-packed chargers. Hence, customers won’t have to worry about buying them separately. To be mentioned, the offer is valid for a limited time in China and the company is promoting it on the official Huawei e-commerce store – Vmall. 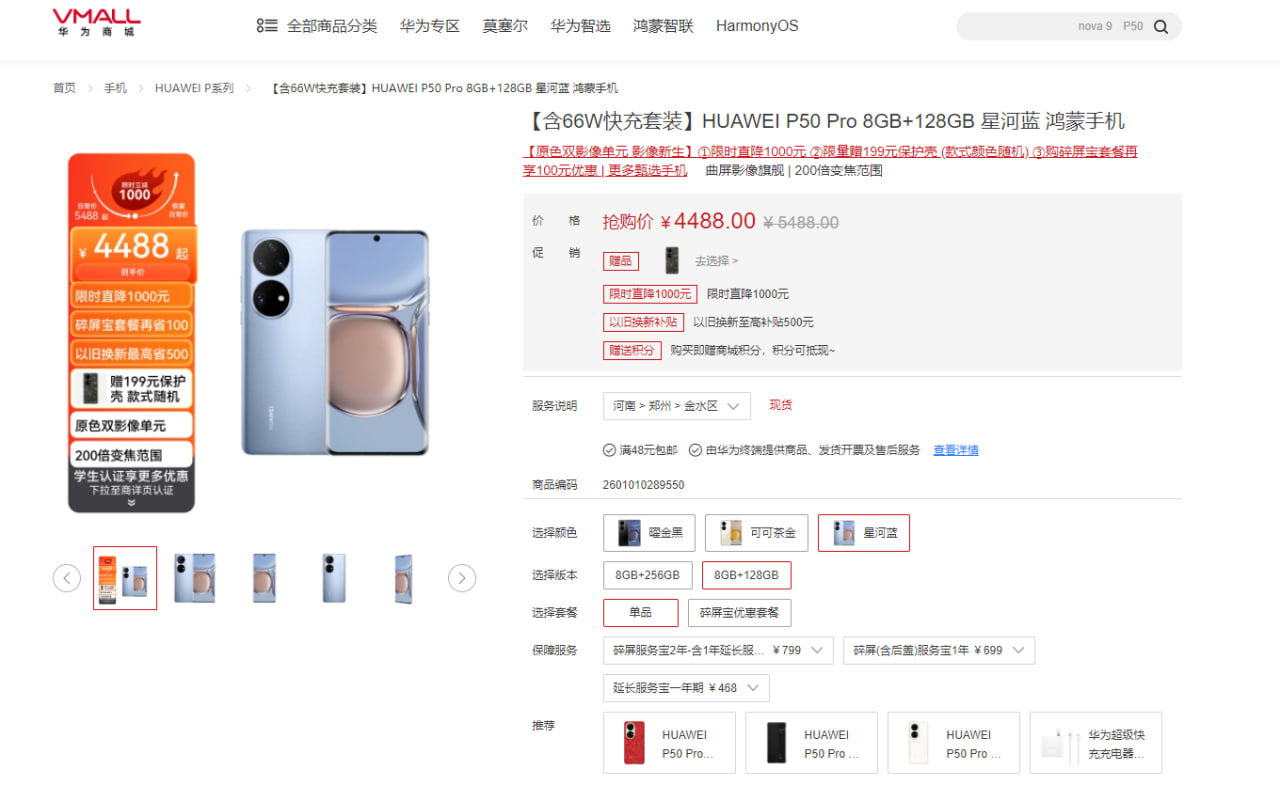 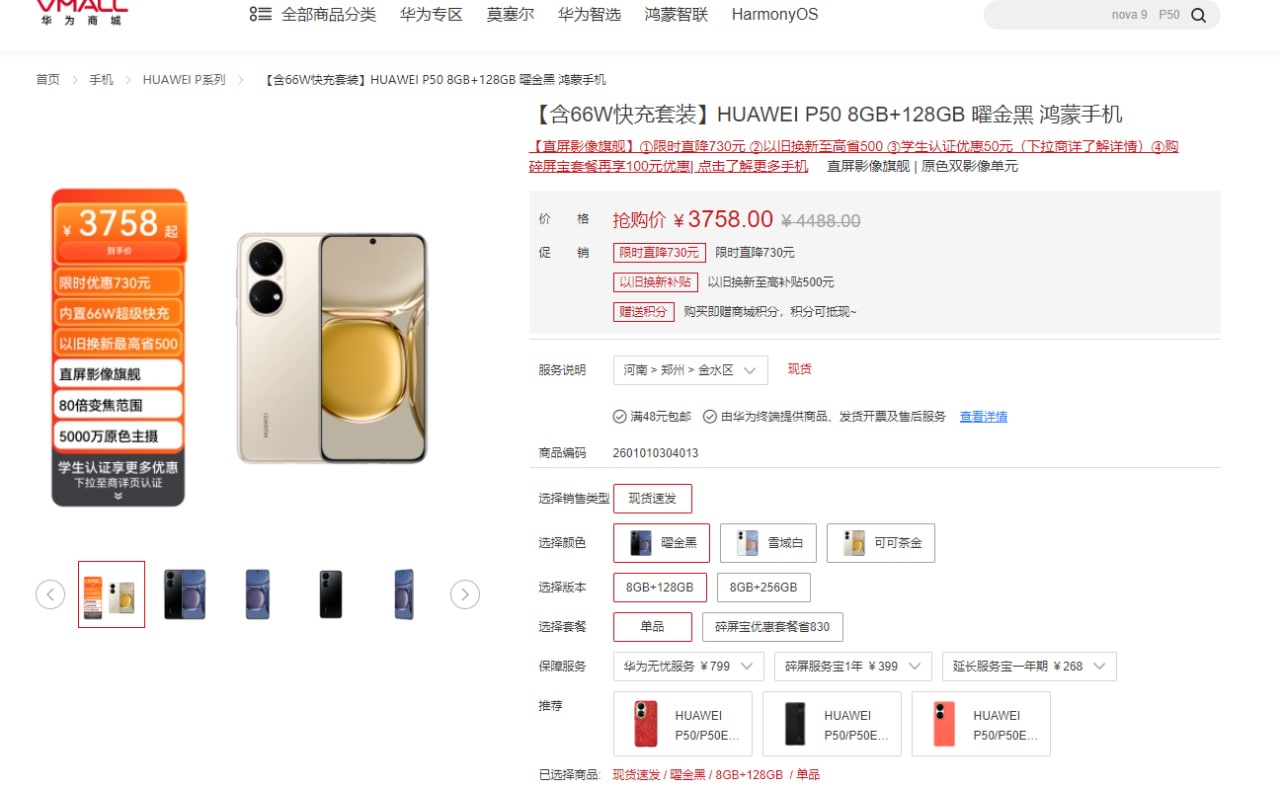 Huawei P50 series is the first flagship that brings a dual ring unique camera design and a powerful camera photography experience. The phone has a unique design schematic that catches the eye at first glance.

Talking about its successor, the Huawei P60 series is likely to be the best flagship phone so far. The company is gearing up to release this new phone among consumers in the first quarter of this year and it could be a massive opener for the Chinese tech maker.

To follow the bloodline, the Huawei P60 series will also bring powerful camera technologies such as high-quality photography supported by a new XMAGE imaging system. A past leak reveals that the Huawei P60 lineup will bring you a brand new camera design, which is likely to be the main attraction for the people who are looking forward to this phone.

However, there is plenty of time left in the next P series and if you want then, the latest discount on Huawei P50 series is worth looking for. 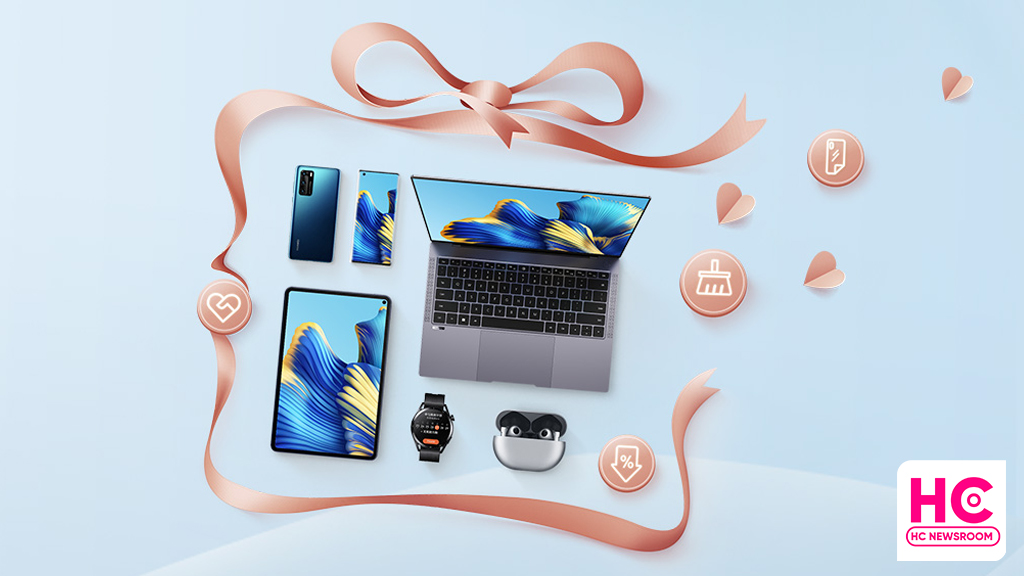 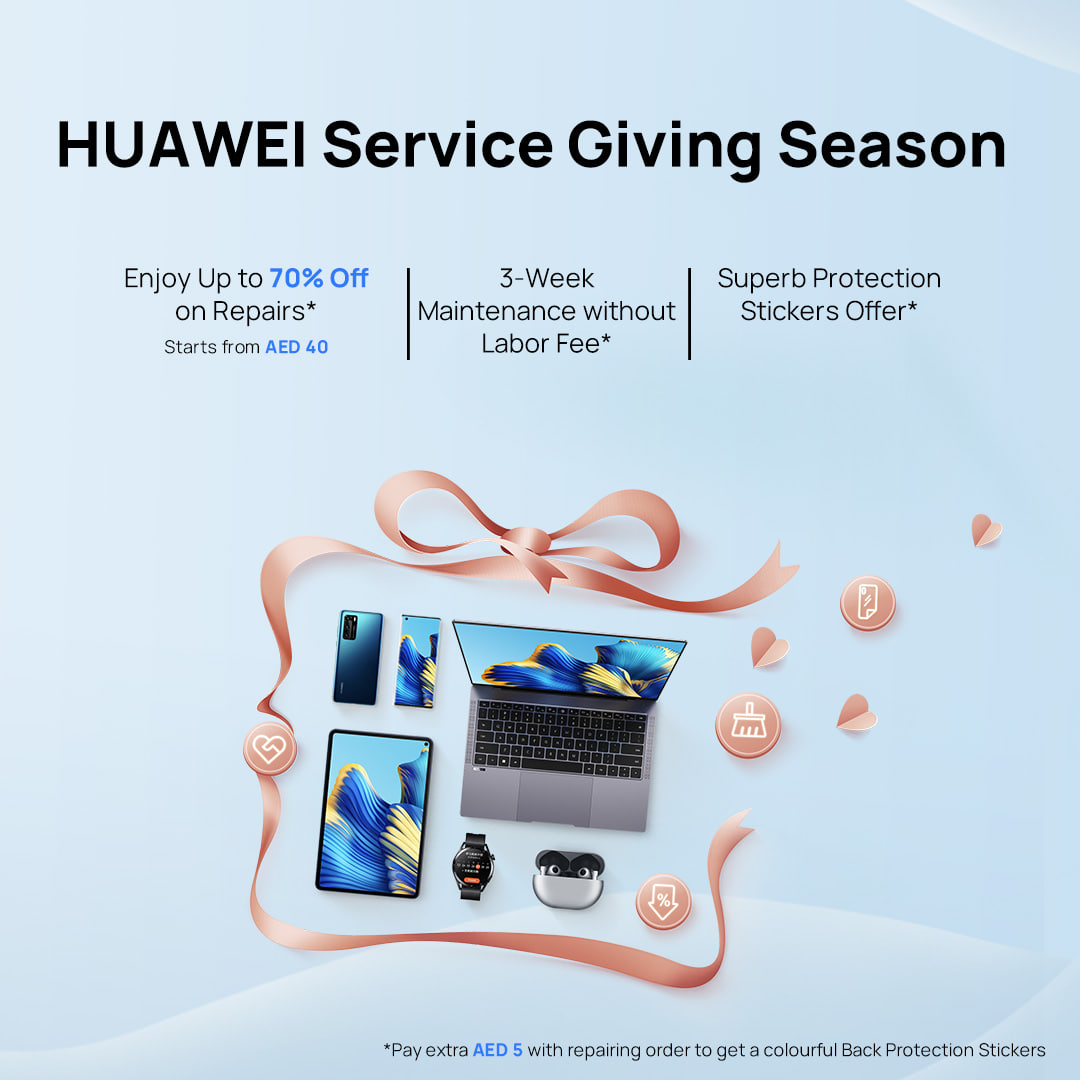 Huawei Care New Year Offer (From 1st Jan – 28th Feb). Huawei Care’s new year offer is available from 1.1 to 2.28, customer can enjoy it within 24 hours after purchasing new devices, protect their devices more with a less price, up to 20%+ discount!

You will get a free back cover when you replace only the glass cover of the screen for designated smartphone models with reasonable repair costs under this activity. On a first-come, first-served basis. You can repair your phone’s glass, which starts at 99 AED.

Note that the Huawei Saudi Arabia Service Giving Season will avail for the devices that are sold via authorized channels in the UAE.