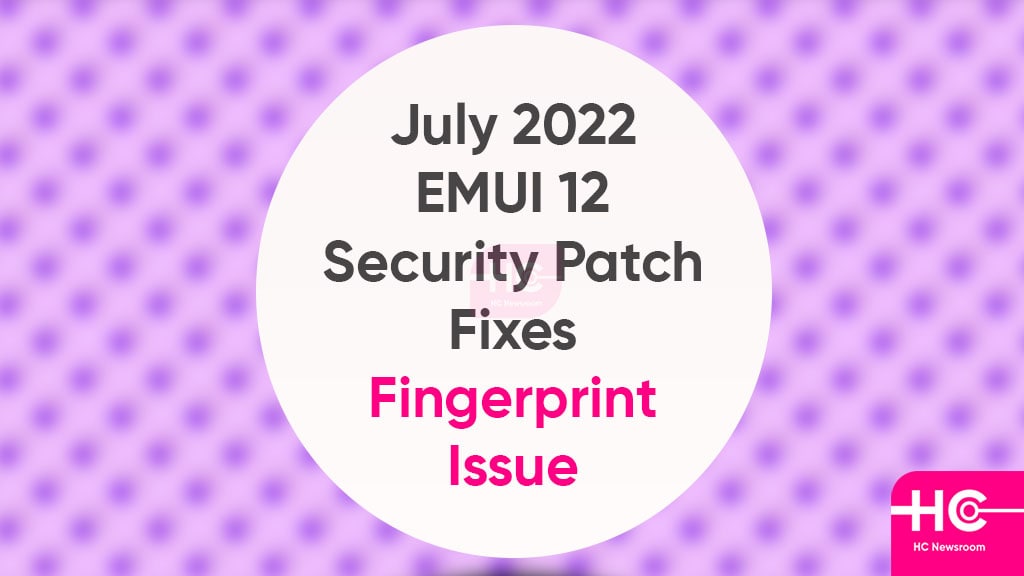 Huawei has recently posted the July 2022 EMUI 12 security patch details, and eventually, the improvements update brings a bunch of fixes for the system vulnerabilities and mainly including the fingerprint sensor issue.

Often, Huawei fans have confronted fingerprint problems in their smartphones. Either it is related to its display aspect or with the operating abilities. However, the July 2022 EMUI 12 update assure to fix this so-called fingerprint sensor issue for the EMUI handsets.

To those who are unfamiliar, fingerprint exploitation that was having a high severity level was capable of affecting the personal data of the users. It could easily obtain the data of unknown addresses from the address mapping. Hence, it was important to mend the issue as soon as possible.

Consequently, the new security patch completely fixes the issue, enhancing the security system and making it tougher against privacy threats.

As per the patch details, the July 2022 security update resolves and fixes the fingerprint issue in several EMUI versions. Users running their handy gadgets over EMUI 10.0.0, EMUI 10.1.0, EMUI 10.1.1, EMUI 11.0.0, and EMUI 12.0.0 will be able to get a stable internal module for their device fingerprint sensor.

Apart from EMUI builds, Magic UI 3.0.0, Magic UI 3.1.0, Magic UI 3.1.1, and Magic UI 4.0.0 also get relief from the mentioned issue. Thus, not only Huawei users but individuals carrying Honor devices will also be able to use reliable and convenient fingerprint functions.

Besides, the freshly released patch also mends the third-party library issues. So Huawei fans, to enjoy the experience of a stable and comfortable fingerprint module, we recommend you install the new patch instantly as it hits your smartphone surface through the notification panel.