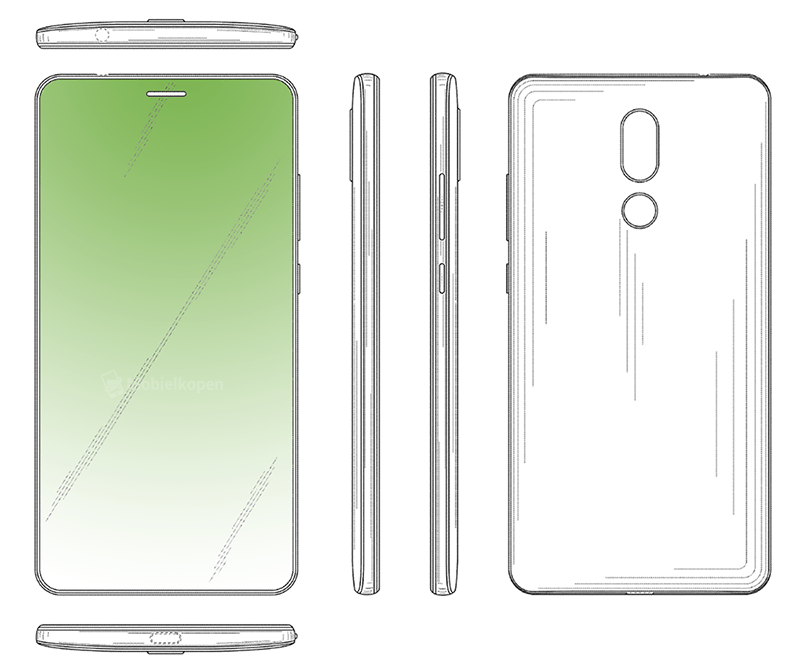 
Huawei has filed a patent application to USPTO (via mobielkopen) that showcase a display with a hidden camera and in-display earpiece.

The patent reveals a concept quite similar to the Infinity-O panel that Samsung introduced at its SDC 2018 keynote last week.

Samsung’s new Infinity-O display utilizes a circular shaped cut-out in the top left corner of the front panel which will be used for the front camera.

However, Huawei concept feature a slight modification with the front panel showcased a strip-shaped in-ear speaker hole. Reports speculate that Huawei might likely hide the front camera in the in-ear speaker strip.

Besides this, the patent also reveals an all-screen bezel-less display and 3.5mm audio jack. At the back side, one can see a circular-shaped fingerprint sensor and a vertically stacked cut out for rear cameras. The power button and volume keys could be seen placed on the left side.

Huawei has not shared any detail regarding its plan to implement this design, however, reports suggest that the company might adopt a design similar to Samsung’s Infinity-O display on its upcoming P30 series.

Samsung unveiled a bunch of displays at its Developer Conference including Infinity U, Infinity V, Infinity O, New Infinity, and Infinity Flex screen of the foldable Galaxy F.

The Infinity-O panel is widely anticipated to debut on Samsung’s Galaxy S10 flagship phone. The new Infinity-O panel adopts a small cut-out at the top-left corner that features the front camera.