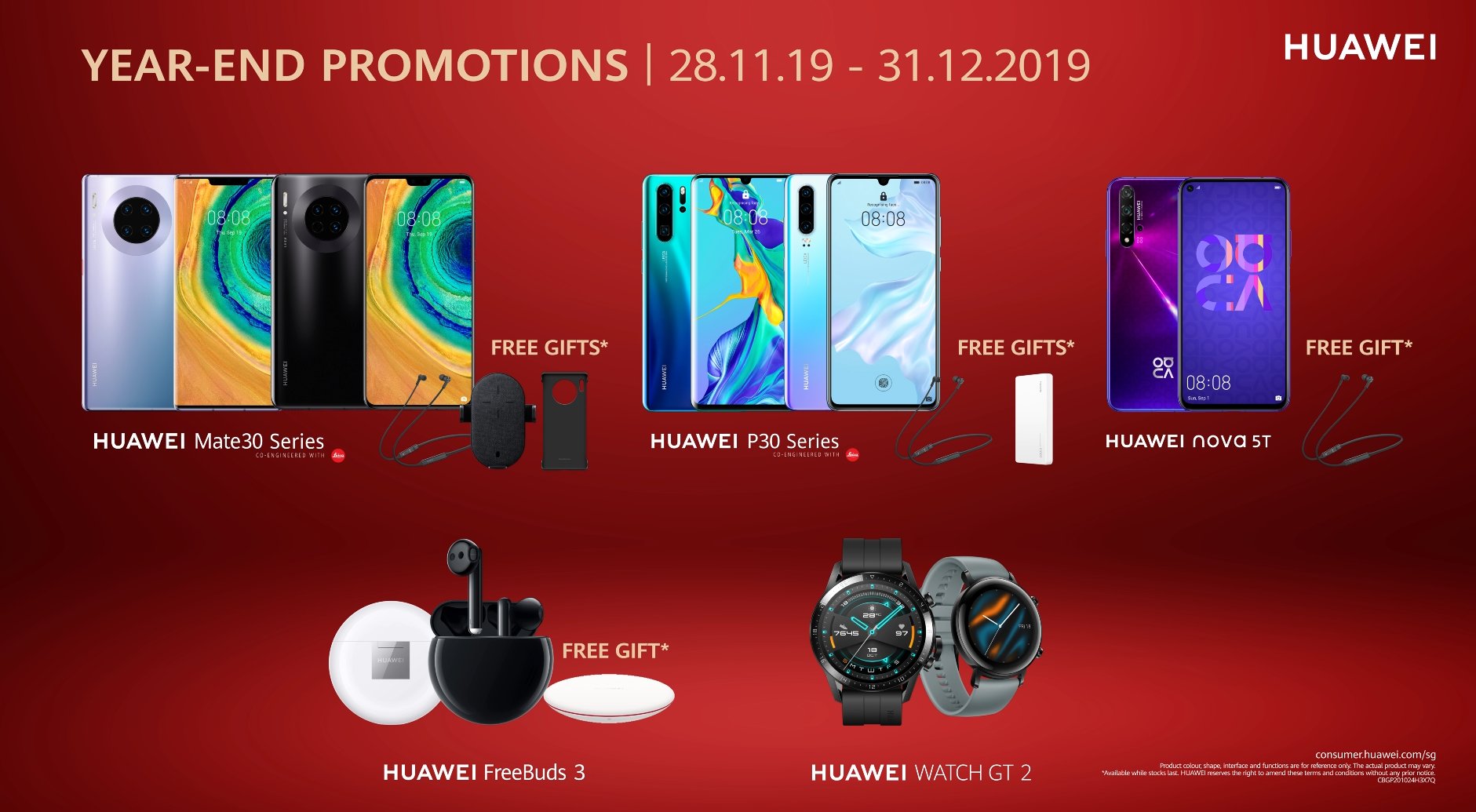 The new year is approaching and Huawei has made some special gift ready for the consumers in Singapore with its ‘Together 2020’ promotional campaign offering attractive bundle deals.

Under this special campaign, customers can save up to S$274 on every purchase of selected products. Below you can check them along with their gift bundles. 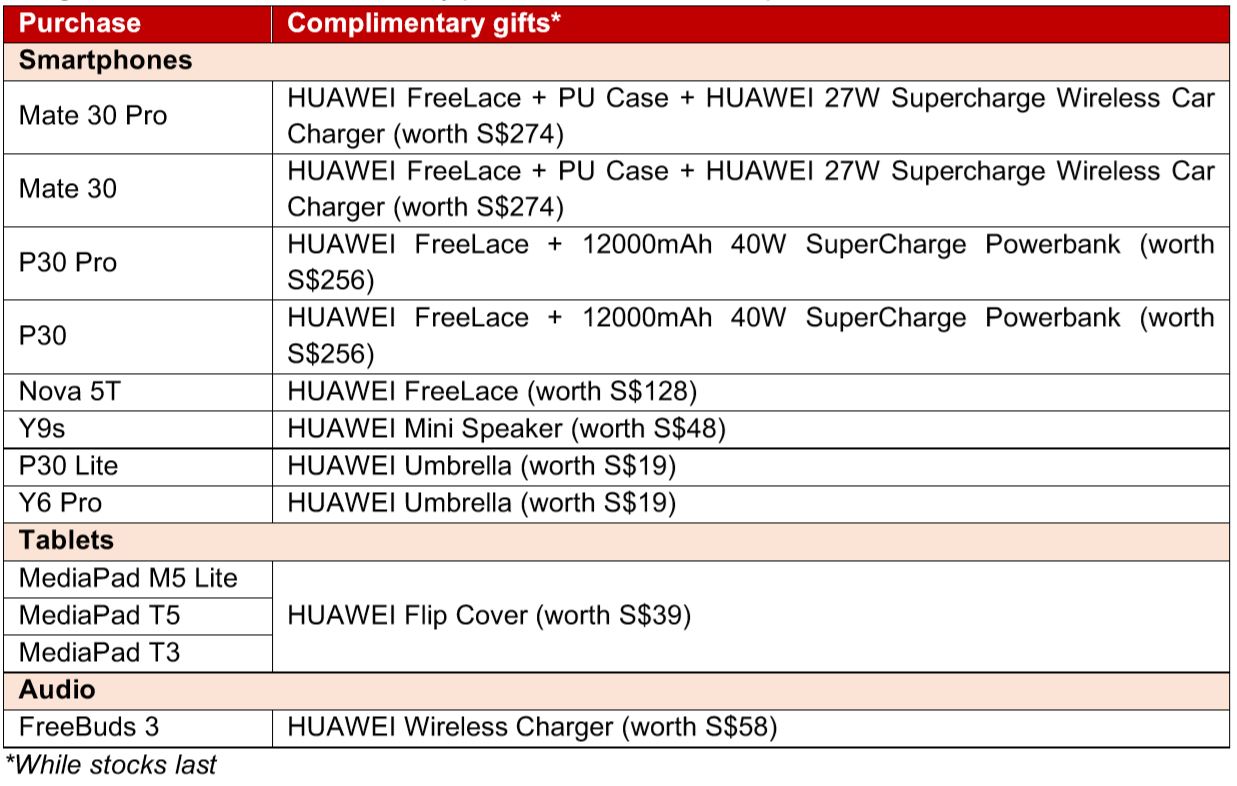 “The ‘Together 2020’ campaign is a way to express gratitude to our consumers – who have placed immense trust in our brand. By offering them a chance to buy Huawei products across the ecosystem at a good offer, we want to make sure our consumers are ready for a phenomenal 2020, together with Huawei.” Phil Xu, Managing Director of Consumer Business Group Singapore.

Customers can explore the year-end offers throughout the major electronic stores, Huawei Concept Stores and Huawei Flagship Store on Lazada from November 28 to December 31.