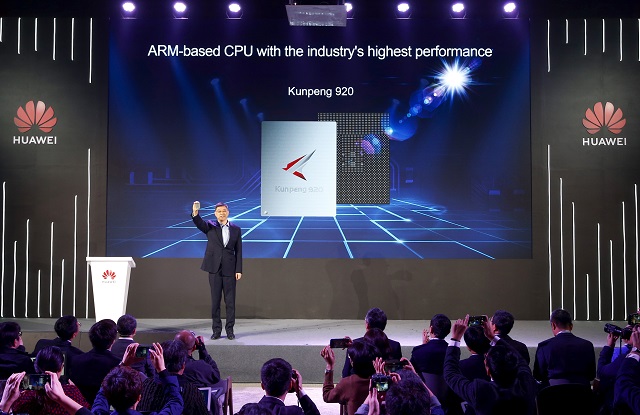 
Huawei will invest 3 billion yuan ($436 million) into the development of its own Arm-based server chips and a related ecosystem over the next five years to boost its development skills in semiconductors.

According to rotating chairman Eric Xu, also known as Xu Zhijun, the investment will be used in Kunpeng to improve its developers’ tools, open-source operating systems, and developer access to related projects reported ChinaDaily.

Introduced in Jaunay, Huawei Kunpeng 920 is an ARM-based server CPU. It uses the 7nm process, the CPU was independently designed by Huawei based on ARMv8 architecture license.

Xu said he expects the move to allow Huawei and its partners to “build a computing ecosystem around Kunpeng” and then provide infrastructure and applications such as cloud services that are “based on the Kunpeng processors” for “various industries.”

Danny Mu, a research analyst said ARM-based chips are for special businesses, which can serve as a good complement to Huawei’s computing business.

“Huawei is moving in the right direction by stepping up efforts to cultivate an ARM-based ecosystem, including software and applications,” Mu said.

According to the previous information, Huawei has sold more than 900,000 servers worldwide in 2018, bringing the total shipment in the past six years to 3.56 million units.