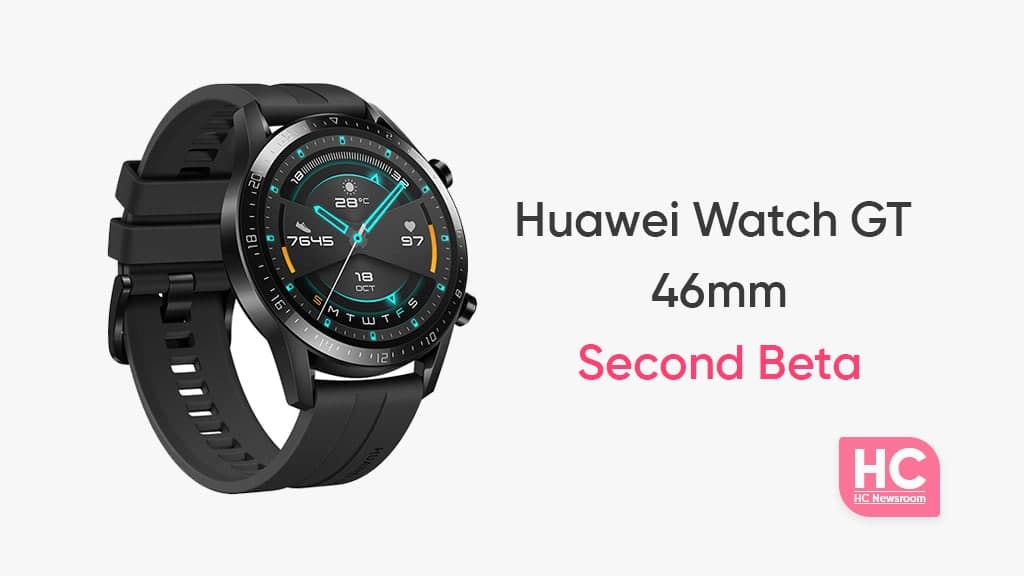 Huawei has started pushing the second beta software update for Watch GT 2 46mm version. This update installs new optimizations that will improve the overall system quality and enhance your user experience while operating this smartwatch.

Huawei Watch GT 46mm is receiving the second beta software update with version 11.0.14.75 and it’s an upgrade over the firmware version 11.0.14.53/11.0.14.71SP01. The update comes with system stability optimizations in some situations.

Note that this update is rolling out for the Chinese models of the Watch GT 2 46mm version. This rollout is related to the 4000 consumers who’ve participated in the beta activity. However, it’s currently unconfirmed, whether this update will expand for the global users.

This update brings a bunch of new features including a new lock screen password. The Watch GT 2 users can now put a lock on their watch. So, it would require a pin to very the unlock procedure every time you unlock the Watch GT 2.

There are new improvements or sports-related activities on the Huawei Watch GT 2 46mm. Now, the company has feeding new sunrise and sunset displays for outdoor sports. The new pace zone support will bring you more help to exercise scientifically. 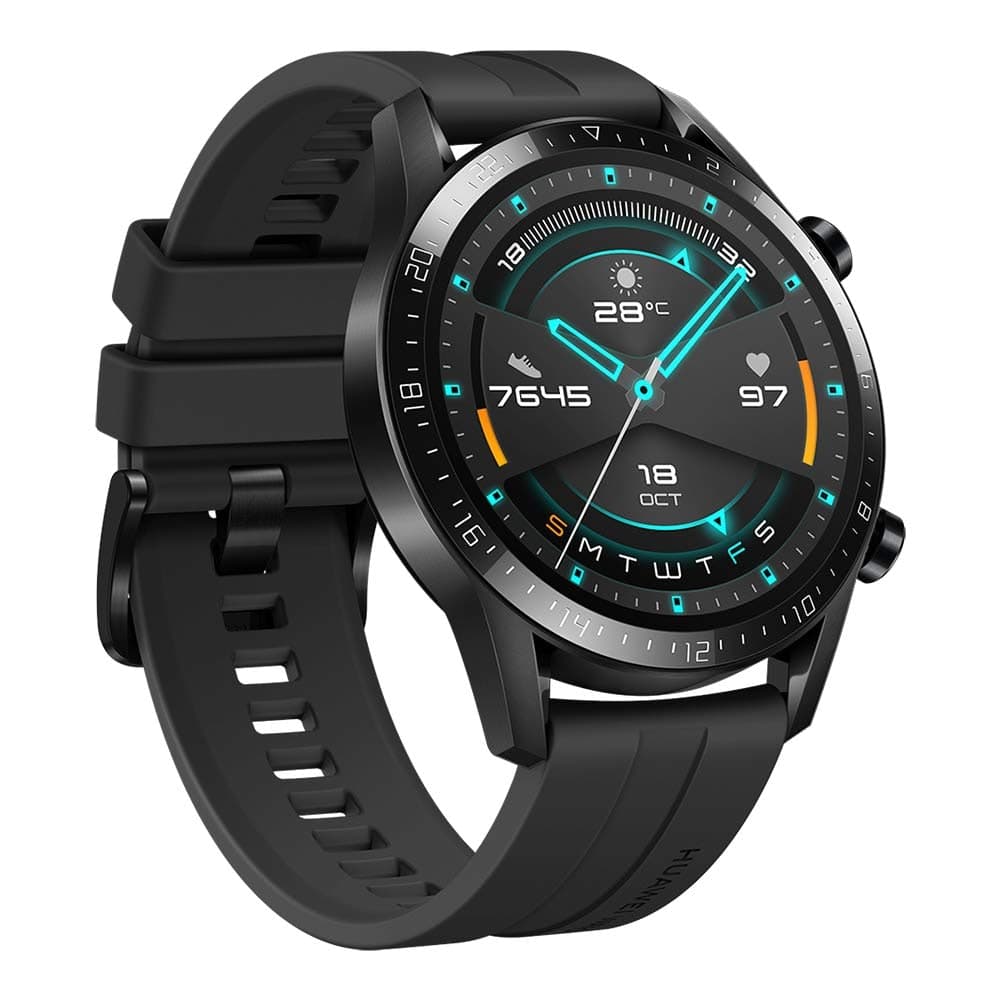 There’s still more to explore, it adds support for the connection and third-party data sharing with Huawei phones and sports equipment. The new always on-screen option added, which will provide you with convenience for viewing real-time exercise data. You can access this feature from Settings > Excercise Settings > Screen always on.

Moreover, the update has female consumers of the Watch GT 2. The watch now has an improved menstrual cycle feature with the added support of cycles through the watch.

Following this rollout, it’s expected that Huawei will further expand the reach of these new features to more old smartwatches and bring simplicity to the consumers’ wrists. 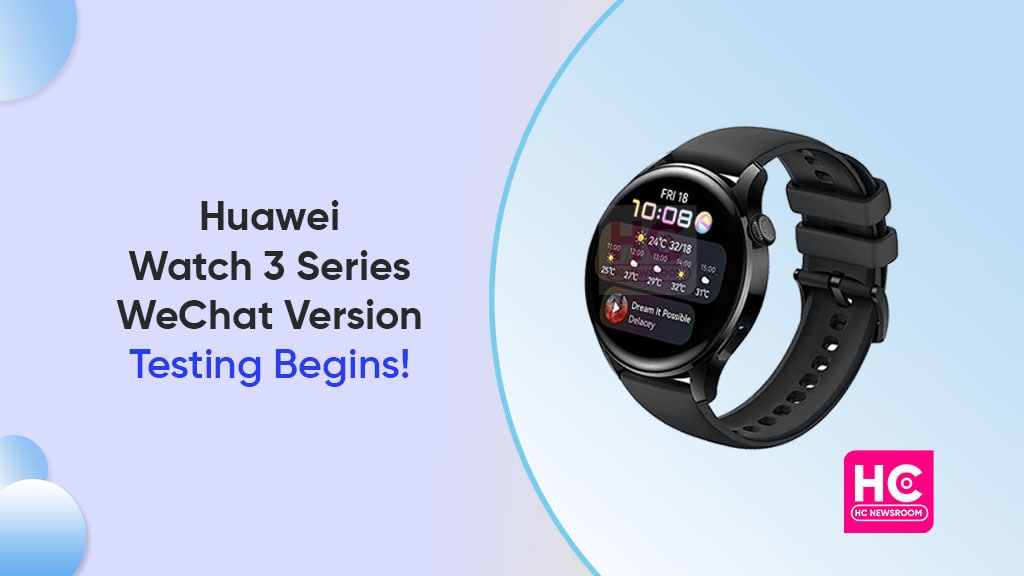 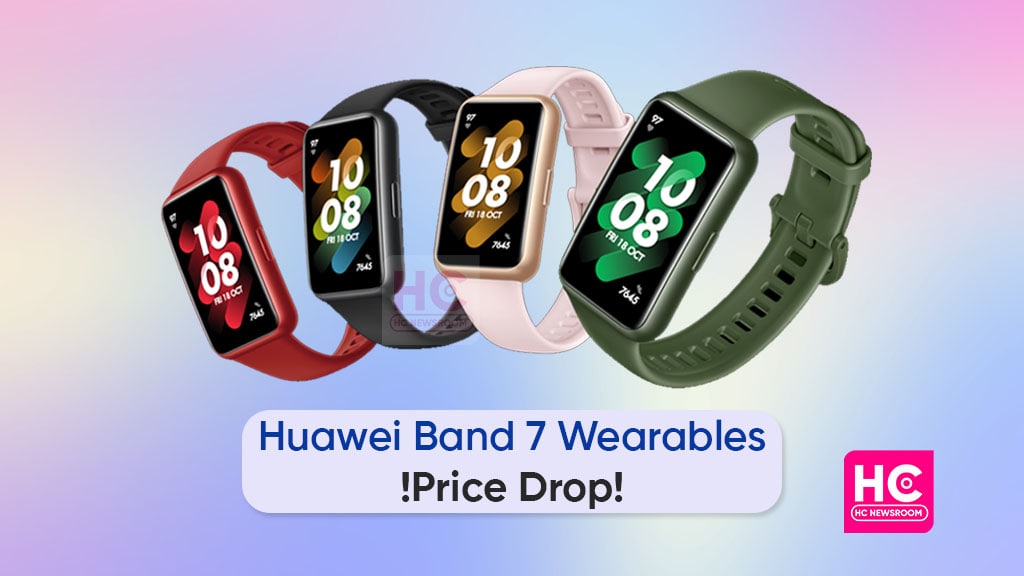 It’s the time to celebrate National Day in China and Huawei is also enjoying every moment of this occasion. Alongside, the company is also sharing the happiness of this day with its consumers by giving a price drop on Huawei Band 7 devices.

Yes! you read it right. There is a huge price drop on the Huawei Band 7 wearables at this moment. The company is assembling these mini handy gadgets for its consumers in the official Huawei Flagship Store (Tmall).

Further, to explore your choices, there are two trendy models on the sale platform. One is the standard version available at 219 yuan [30.78 USD]. While the other is the NFC (Near Field Communication) variant, with a price tag of 259 yuan [36.40 USD].

So far, the standard and NFC models of Band 7 came into existence with an initial price of 269 yuan [37.80 USD] and 309 yuan [43.42 USD] respectively. However, here the company is providing you the chance to gain this amazing gadget at a very effective cost value.

Take a look at Huawei Band 7 new price value in the below-given link. 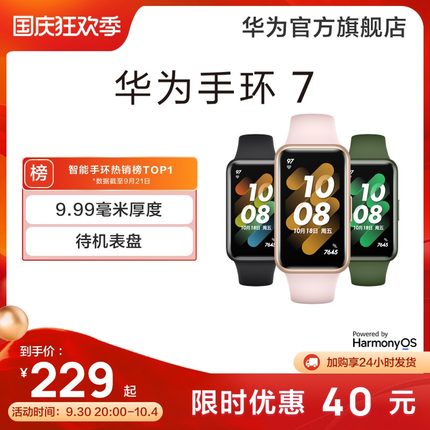 The device provides a resolution of 194 x 368 pixels with an advanced UI design. In terms of battery life, the device can work stable for 14 days without connecting to the charger. Hence, you can enjoy every scenario with your mini smartwatch. 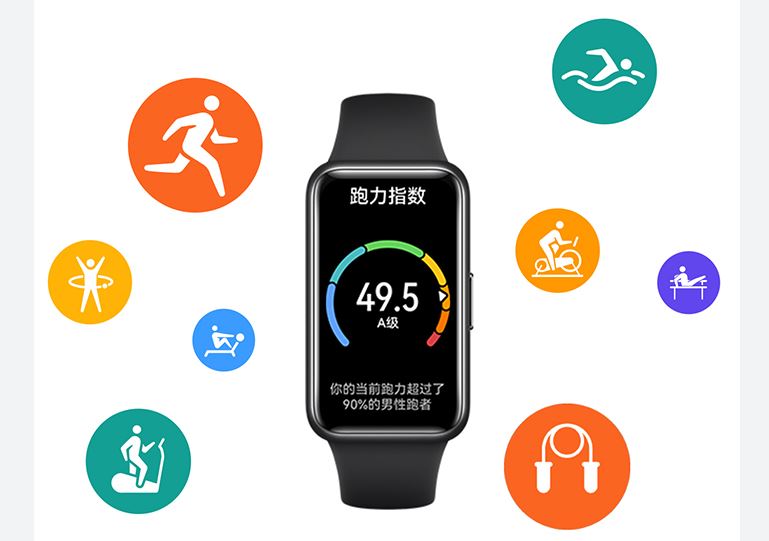 Speaking of the functions, the device supports Automatic blood oxygen detection, and finer health monitoring features. It keenly inspects your sleep cycle, heart health, pressure monitoring, and other physiological activities. Moreover, it has 96 sports modes in its pocket including cycling, swimming, rope skipping, and roller skating.

So, don’t miss this chance and grab your handy device NOW! 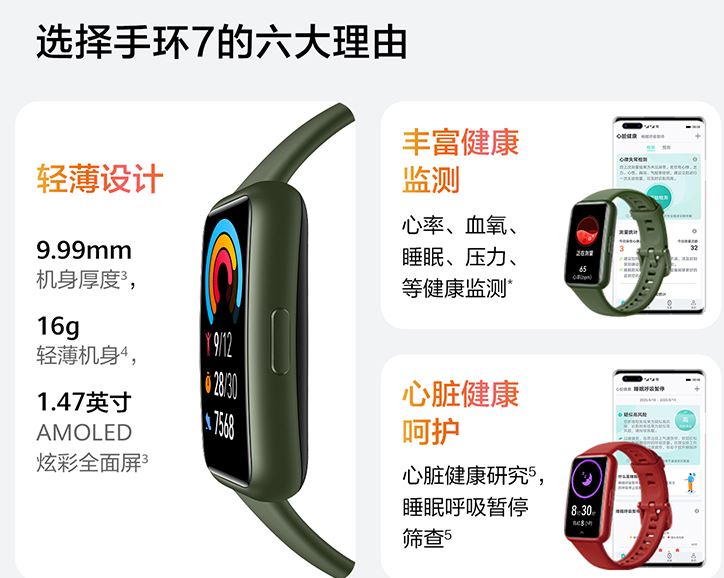