According to Huawei, the annual shipment of Huawei smartphone recorded over 240 million units comprising the crucial efforts fo Mate and P series smartphones, which grew by 50% Year-on-Year (YoY).

The total number of users on Huawei Health app crossed over 100 million and the company’s cloud services expanded in more regions and monthly active users.

In a recent announcement, Eric Xu also revealed that Huawei’s revenue rose to a record 18% Year on Year (YoY) and 850 billion yuan ($121.72 billion) in 2019 despite all the challenges from the Trump administration. 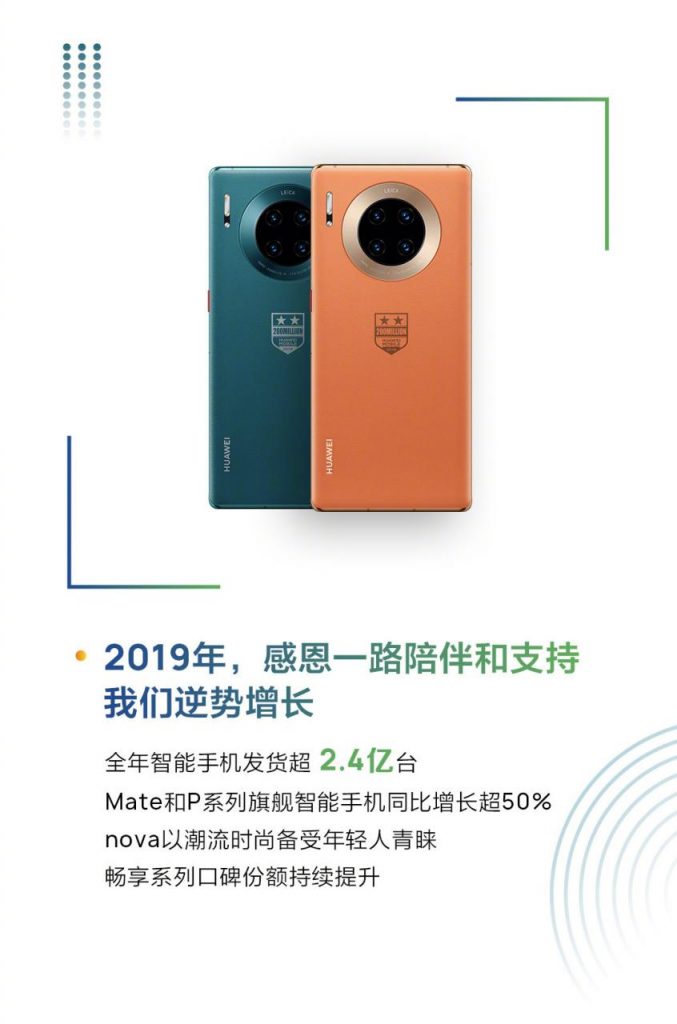