According to the data, Huawei maintained its second place in the smartphone market with 238.5 million units shipments and grabbed a 20% market share, which was 205.3 million units + 14% share in 2018.

In the fourth quarter, Huawei has sold 56 million smartphone units and 14% market share compared to 59.7 million units shipments + 15% share during the same timeline a year earlier.

“Despite the sanctions, Huawei surpassed Apple to become the second-largest brand in 2019. This was the result of an aggressive push from Huawei in the Chinese market, where it achieved almost 40% market share. China accounted for over 60% of Huawei’s total shipments.” says Counterpoint. 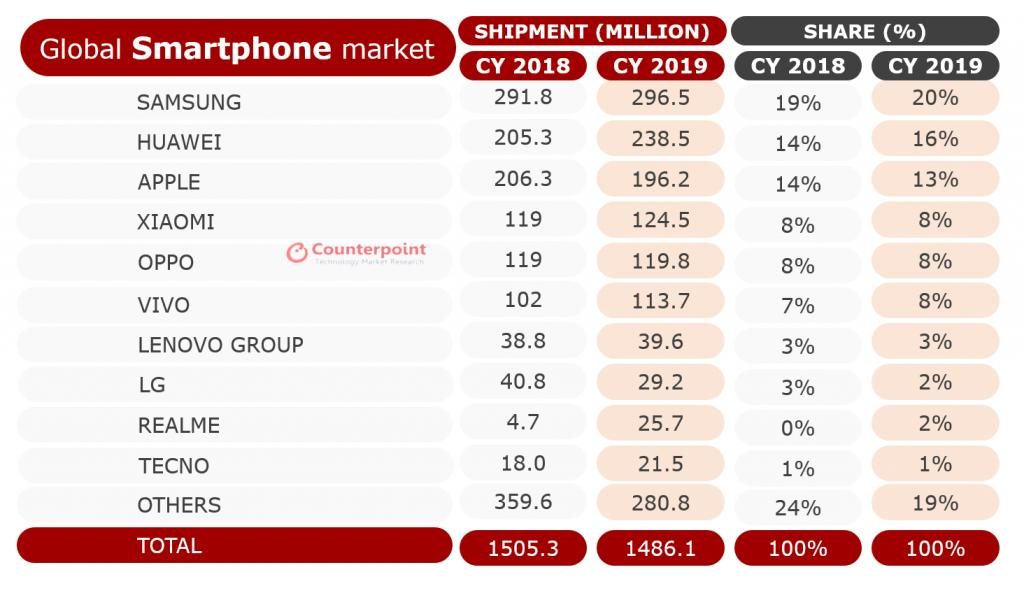