Huawei has said, in an internal memo that it has demoted those responsible, dropping them down one level. And it has also docked their pay. Around $730 USD (or 5,000 yuan) was deducted from their monthly salary, according to the memo.

And some are getting their pay rank frozen for 12 months. Huawei said in its memo that “the incident exposed flaws in our processes and management”, and that it will be looking to address that soon.

It also said that its employees will be tightening management of suppliers and partners going forward, as it blamed this incident on outside agencies it hired to run its social media accounts. 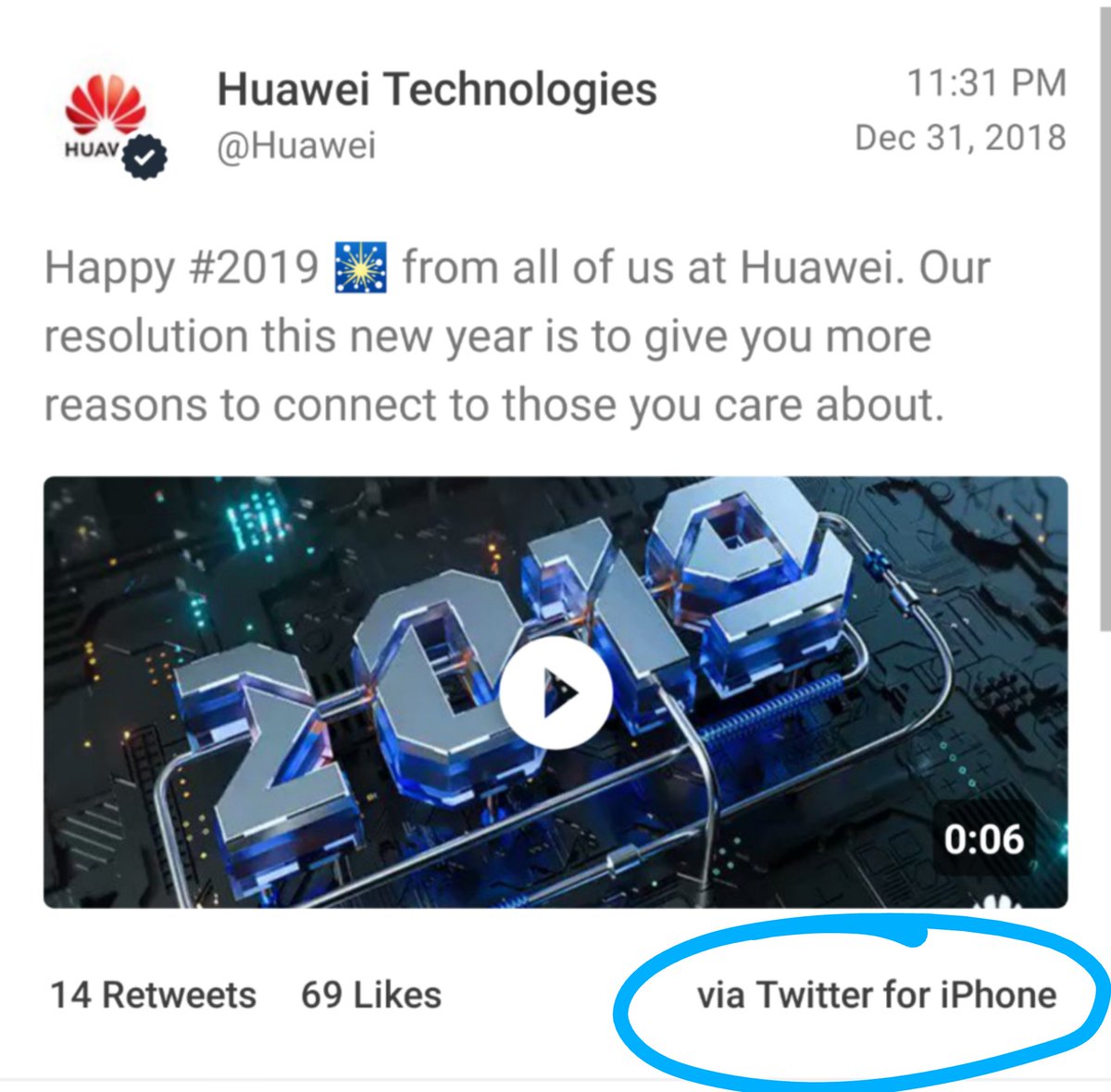 In an internal Huawei memo dated January 3 seen by Reuters, corporate senior vice-president, and director of the board Chen Lifang said, “the incident caused damage to the Huawei brand.”

The mistake occurred when outsourced social media handler Sapient experienced “VPN problems” with a desktop computer so used an iPhone with a roaming SIM card in order to send the message on time at midnight, Huawei said in the memo.