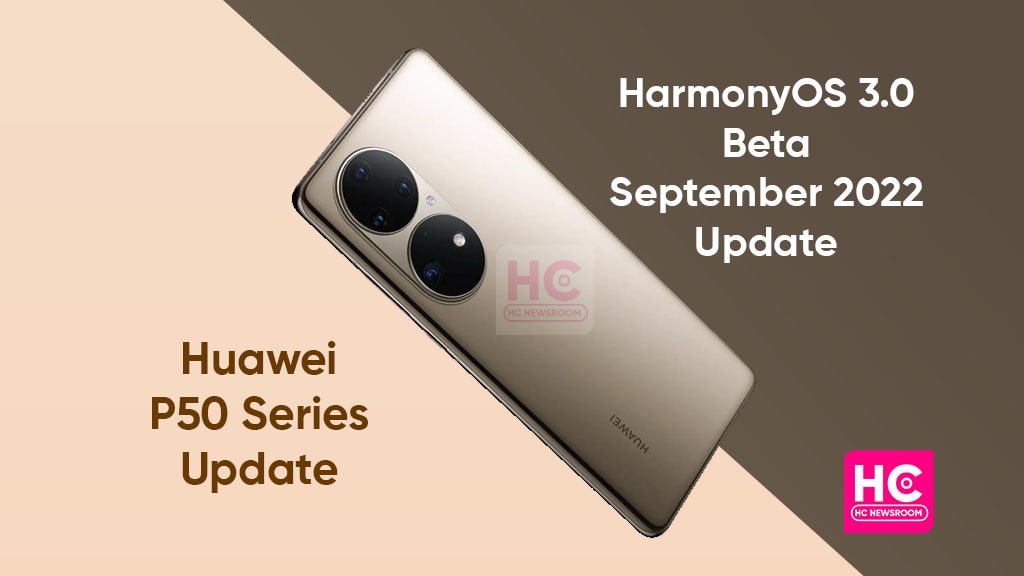 Yes! Once again Huawei has pushed the HarmonyOS 3 beta package for the P50 series, but this time, the new addition is the September 2022 security patch. Alongside this, the company has done some more work with the display functions of the device.

Let me make this clear! Here, the P50 series includes the standard P50 smartphone, the P50 Pro model, and the cost-effective P50E. These devices are attaining the latest beta rollout of HarmonyOS 3.0 with software number 3.0.0.126.

Hence, if you carry any of the above models then get ready to test some new optimizations. However, make sure that your device is already walking on the 3.0.0.116 build. Or else, you might face problems while upgrading to the latest firmware.

Also, you must have any of the below-given adaptive models for this update:

The newly-released Huawei P50 September 2022 HarmonyOS 3 beta adds display optimizations to the surface. It enhances the display effect of the screen wallpaper. As a result, users will gain an immersive visual experience.

Further, there are amendments in the functioning of the internal system as well as the task card functions. Eventually, users will find responsive and more stable mechanisms while performing several tasks at the same time. In addition, do not forget that the latest security patch with various fixes is also making its way to your device through this update.

However, if we talk about the changelog, there is a slight difference, based on the model. In comparison to P50E, and the standard versions, the P50 Pro models will experience one or two extra optimizations.

To get a clear view, you can check the changelog given below.

These are some basic changes in the update log of the devices. Consequently, this is the third and fourth beta for the P50E and the P50 series respectively. How many more beta updates will Huawei roll out? We will keep informing you with every little plan of the company. Till then, you enjoy the new beta package and its optimizations.