Huawei is the first smartphone manufacturer to use the periscope telephoto lens to enable an unprecedented optical zoom and it’s expected that this lens will be equipped in more Huawei smartphones next year, says an analyst.

According to information coming from Ming-Chi Kuo, an analyst at TF International Security coming Huawei mobile phones equipped with periscope telephoto lenses will surge in 2020.

The new periscope lens includes both prism and mirror structure as a key upgrade in the optical zoom specifications. In comparison, the P30 Pro only comes only with a prism lens but the P40 Pro periscope lens has adopted 2 mirrors and an extended field of view to achieve 10X optical zoom.

Currently, Huawei P30 Pro is the only Huawei smartphone that comes with a periscope camera and with an upgrade to 10X, the Huawei P40 Pro may create more headlines than its predecessor. 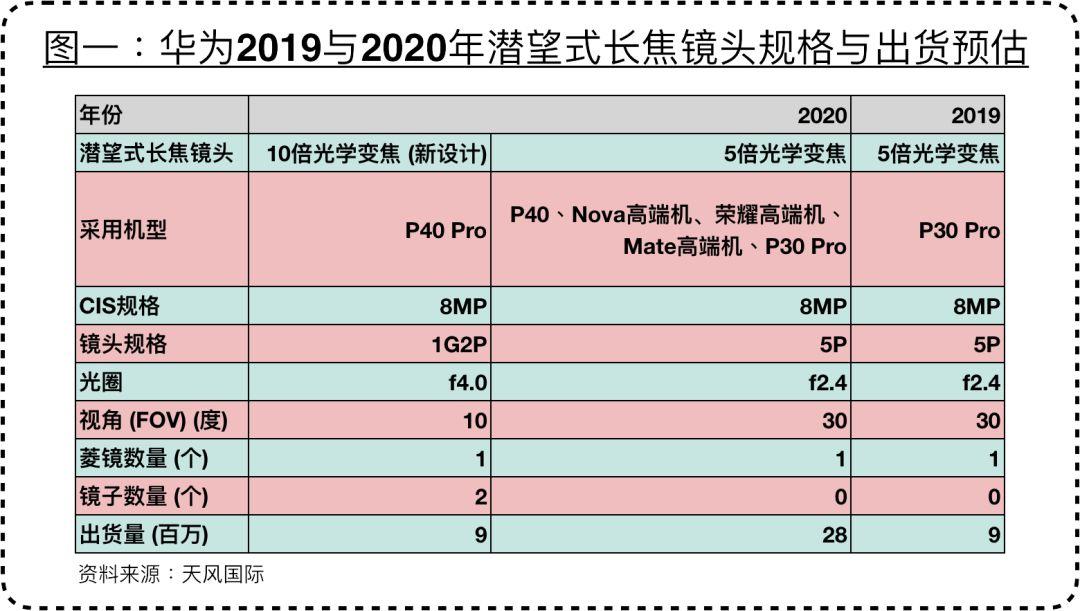