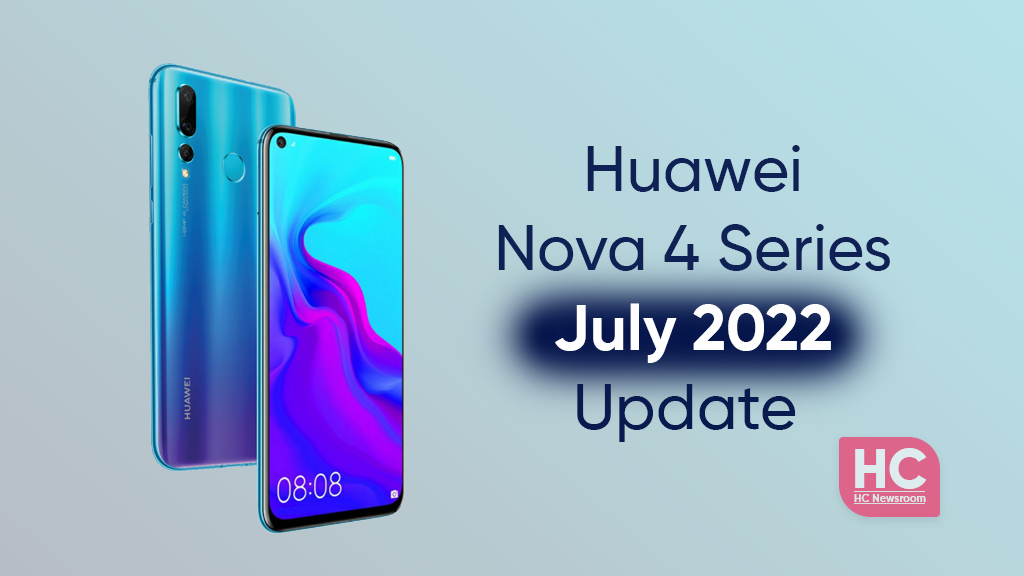 Huawei has made significant progress in recent years with its update cadence across the entire device lineup. And now, the company has released a new July 2022 optimization update for Huawei Nova 4 and Nova 4e users.

In contrast, the recent July 2022 optimization update for the Huawei Nova 4 and Nova 4e smartphones brings important security to fine-tune and improves protection capabilities to give a level-up samrtphone operation.

Particularly, the July 2022 update arrives in the Chinese market with the HarmonyOS 2.0.0.268 build version, upgraded from the 2.0.0.230 running version. Install it as soon as possible to make the security tougher toward privacy threats and exploits.

We recommend downloading and installing the latest optimization update on your Huawei Nova 4 series to prevent certain issues and more.

The OTA media is being used in the region to distribute the update. You can sneak into the update section or ask the My Huawei app to manually install the most recent firmware while waiting.

Huawei Nova 4 will get HarmonyOS 3.0 or not?

Huawei recently released the HarmonyOS 3.0 update, which comes pre-installed on some of its devices. However, there is no word on whether the Huawei Nova 4 lineup will receive it. As evidenced by the past year, the Chinese tech giant also released a recent major update for older devices.

The company has not issued an official statement regarding Hauwei Nova 4 users receiving the HarmonyOS 3.0 update. We will have to wait for the company’s next move in retrieving the update for old devices.