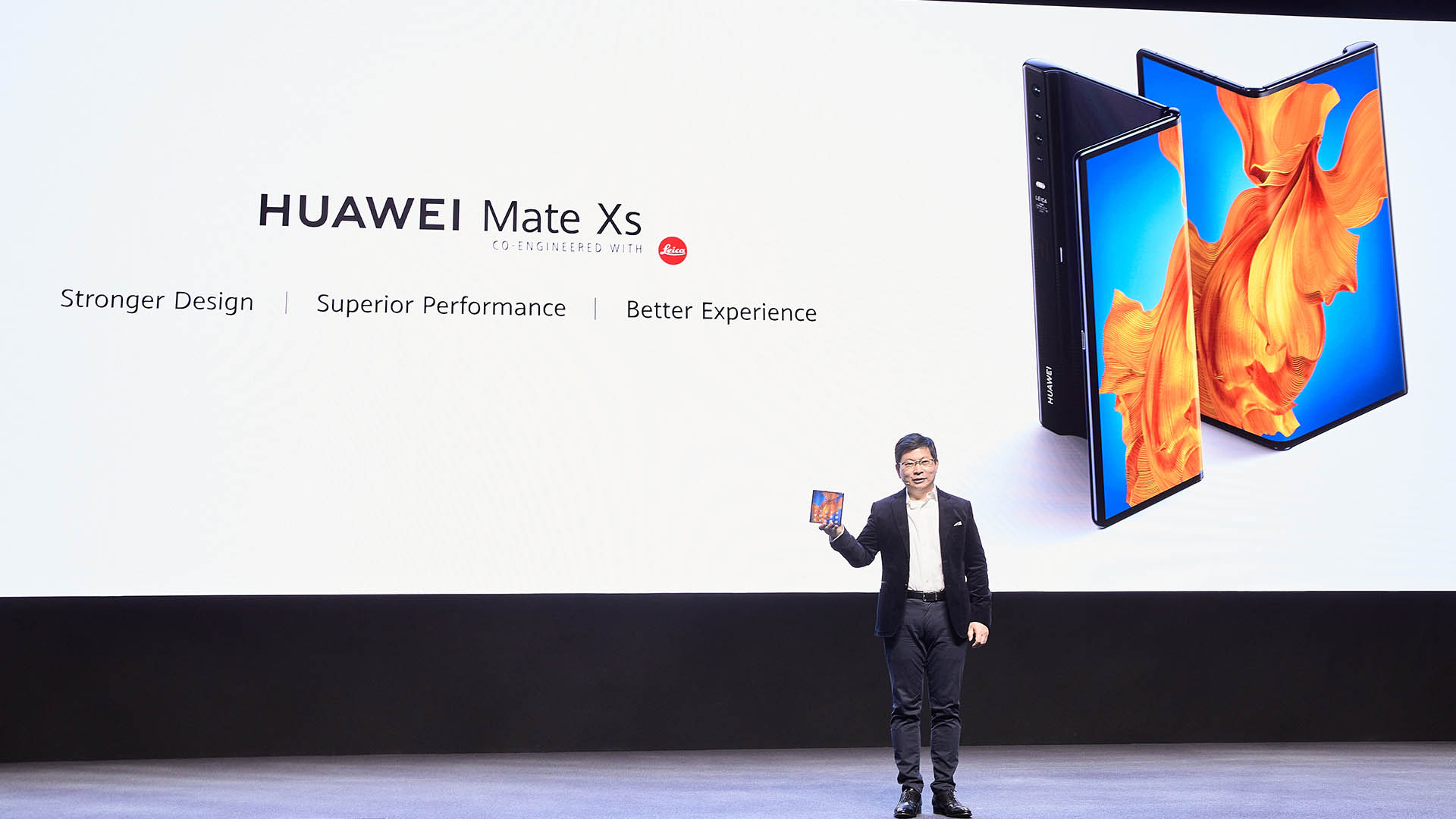 Huawei Mate Xs has started expanding in the global market with a base price of €2499. In addition to this, Huawei China has announced the price of this foldable phone and revealed some interesting facts for us.

In China, the Huawei Mate Xs 5G is priced at 16999 yuan and the pre-order will start on February 26. Followed by the launch on March 5.

Compared to its global version, Huawei Mate Xs in China (retails at 1699 yuan) is over 250 euros cheaper than the global variant ().

The Huawei Mate Xs was expected to be cheaper than its predecessor for the global market but it actually retails at 2499 euros compared to Huawei Mate X at 2299 EUR (18,080 CNY), announced last year at MWC 2019.

Also, the new Huawei Mate Xs has replaced Huawei Mate X on Vmall listing, which was also priced at the same 16999 yuan.

The Huawei Mate Xs features an improved Falcon Wing design that enables this device to transform between smartphone and tablet modes. Furthermore, upgrades have also been made on the handset’s display materials with 3 layer display.

The Leica SuperSensing Quad Camera featured on the HUAWEI Mate Xs. Comprised of a 40MP SuperSensing camera, a 16MP ultra wide-angle camera, an 8MP telephoto camera, and a 3D Depth Sensing Camera, and plays both front and rear cameras to support a wide range of photographic use cases.

From the software side, Huawei Mate Xs comes with EMUI 10.0.1 as well as Huawei AppGallery and supports Multi-Window apps for the smarter experience. 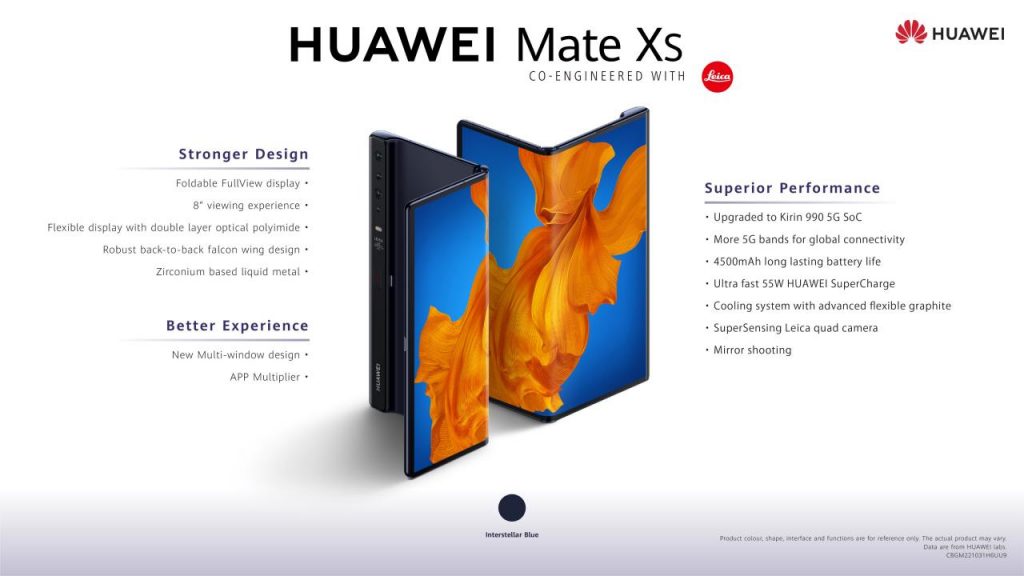 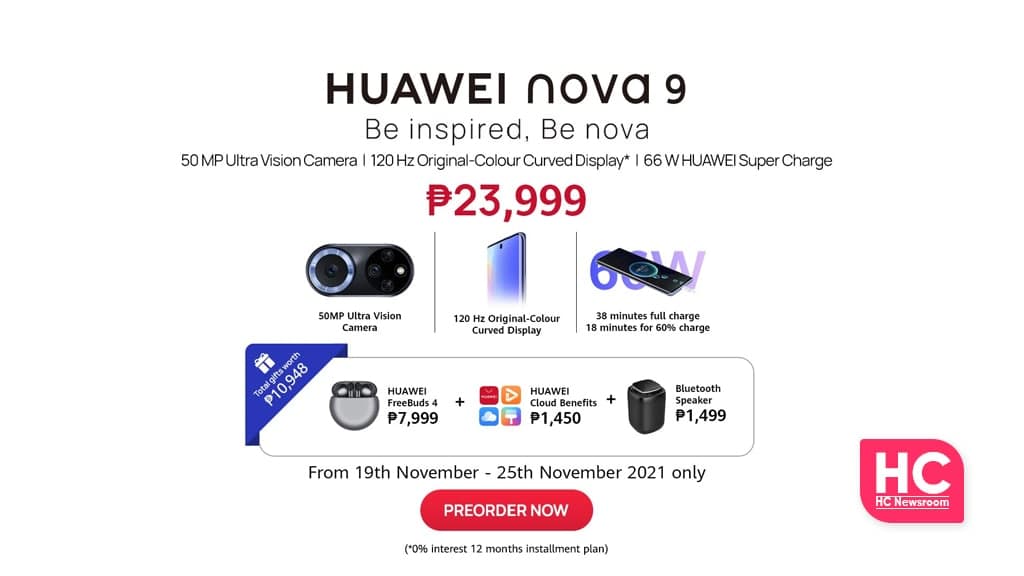 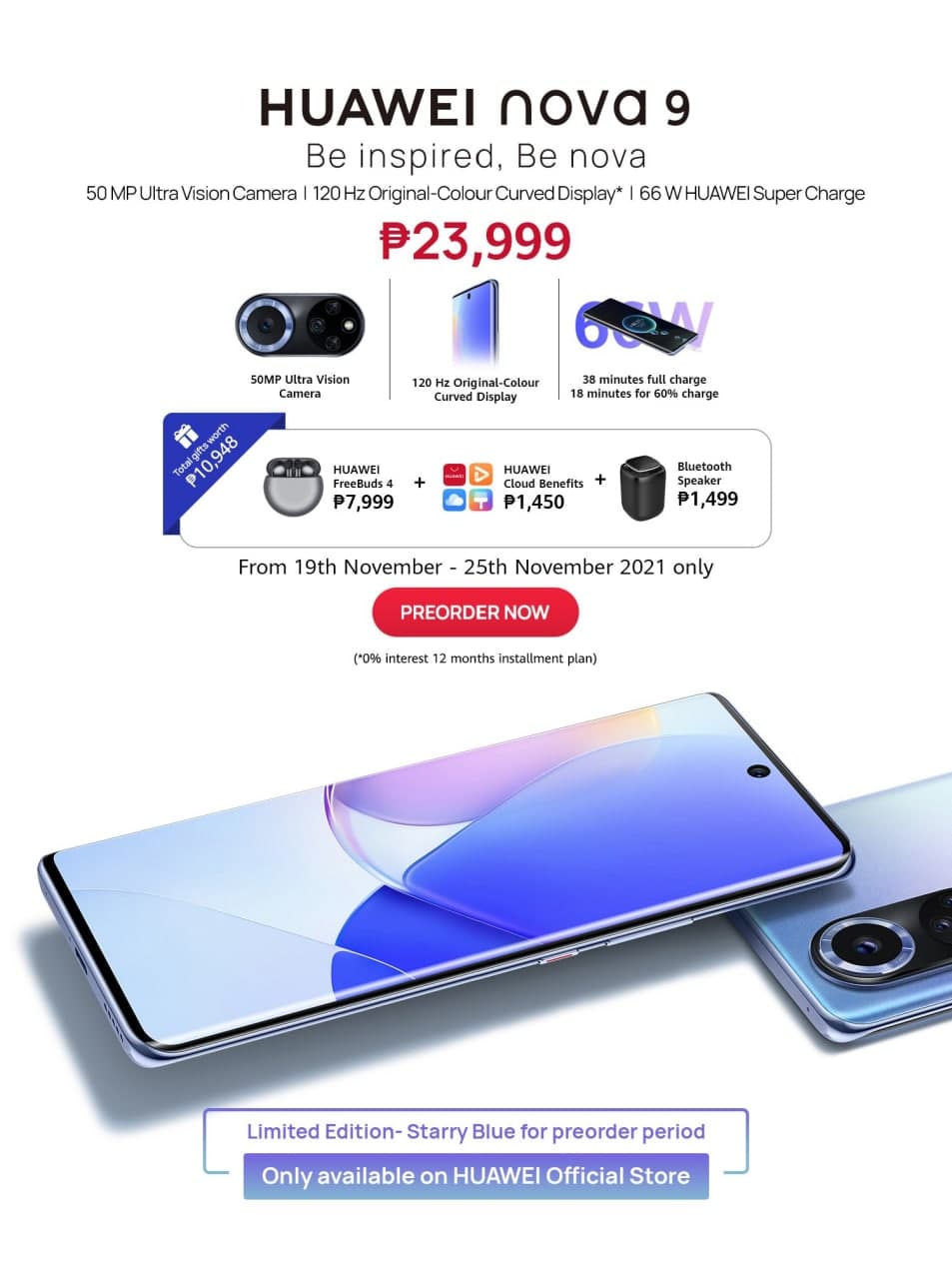 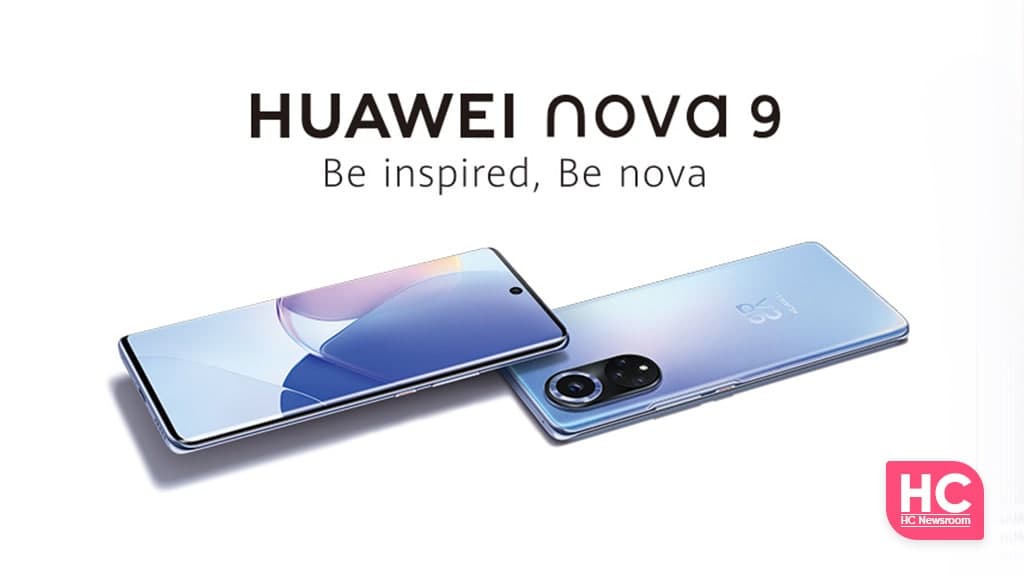 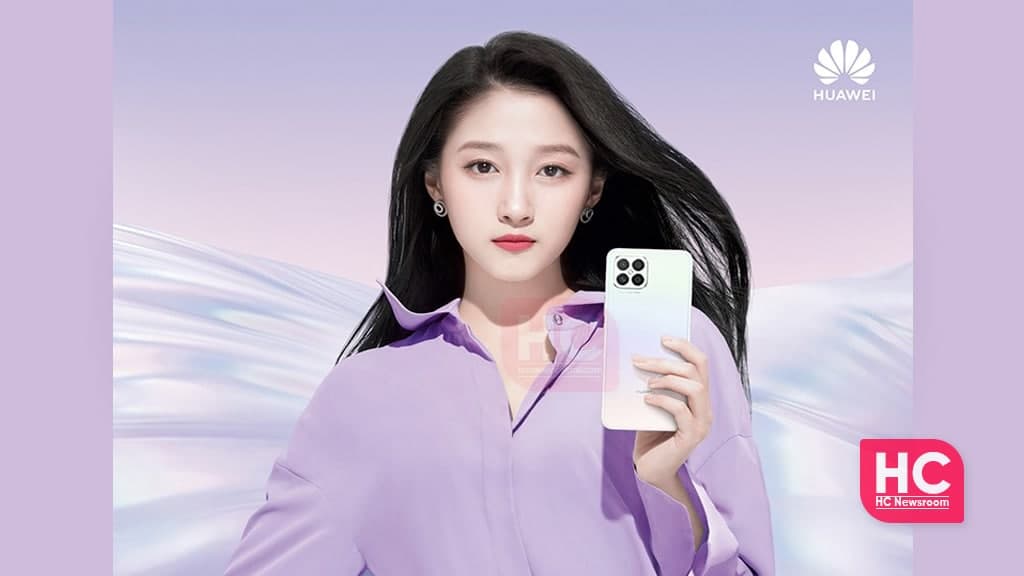 On November 25, Huawei has unveiled a new variant in the existing Nova 8 series – Huawei Nova 8 SE 4G powered by Kirin 710A processor in China. This 4G model comes in only 8GB + 128GB memory configuration at a price of 2099 Yuan.

Last year, Huawei introduced the Nova 8 SE with 5G capabilities in two processor variants Dimensity 720 and Dimensity 800U. Now, the Chinese tech maker has removed the 5G version and released the 4G model. 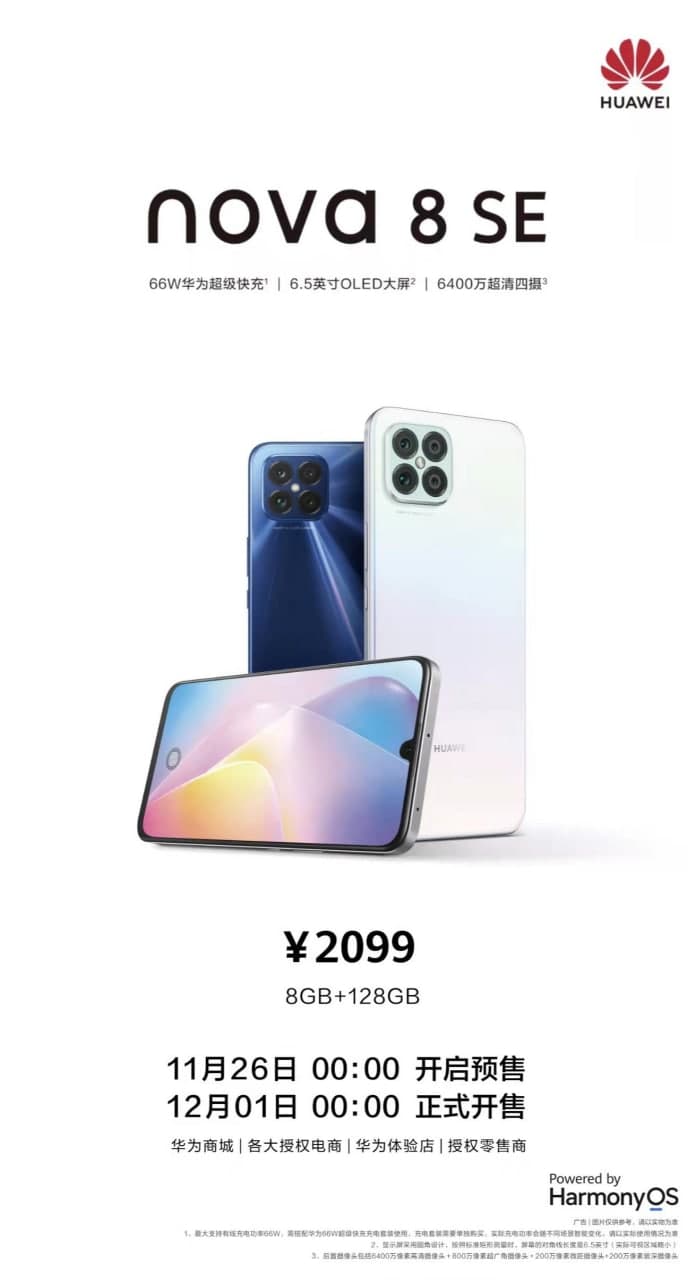 In storage configurations, it offers 6GB of RAM, 128GB of inbuilt storage, and packs with a 3,800mAh battery that supports 66W fast charging through a USB-C port. On the rear side, it has  64-megapixel primary camera with an f/1.9 aperture, an 8-megapixel ultrawide lens, a 2-megapixel macro camera, and a 2-megapixel depth assist lens.

On the other hand, the from the side has a 16MP camera for selfies. The sensors include Fingerprint (under display, optical), accelerometer, gyro, proximity, and compass.

The HiSilicon Kirin 710A is an ARM-based mid-range Octa-Core-SoC manufactured in 14nm FinFET and is also the first one for the company to be manufactured by Shanghai-based Semiconductor Manufacturing International Corp (SMIC).

Therefore, the CPU part is similar to the Kirin 960 and 970 (both higher clocked), but the graphics card is a lot slower.